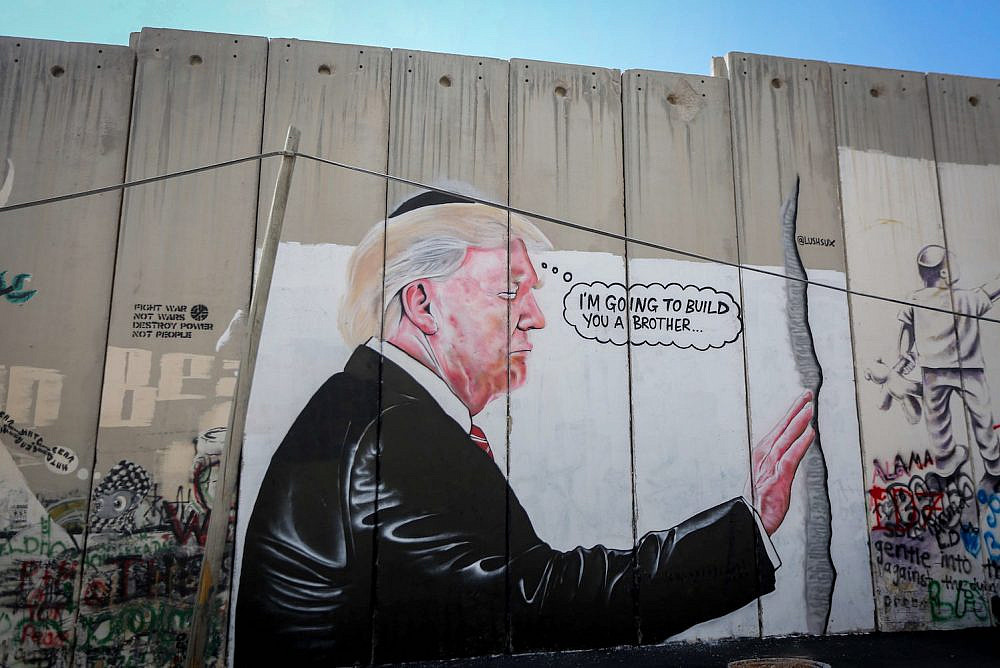 Don’t say the two-state solution — which has hovered over Palestine-Israel since 1937 — has died.

What has died is what Palestinian intellectual Sari Nusseibeh calls the “classic two-state solution.” That idea was built on three inter-connected parts: a Palestinian state based on 1967 borders, a capital in East Jerusalem, and return and reparations for Palestinian refugees based on UN General Assembly Resolution 194.

Trump’s “Deal of the Century” (or more precisely, the Trump-Netanyahu deal) declared openly and officially the death of the classic two-state solution. However, it does not follow that any version of the two-state solution is dead.

The deal in question is the counterpart to the two-state solution that Prime Minister Benjamin Netanyahu has been advocating for many years, whose end-goal is a demilitarized Palestinian state. Furthermore, it is painfully flawed in terms of the way it hopes to resolve issues such as Jerusalem, the occupied territories, refugees, and sovereignty. You can call it, if you will, a flawed state or improved self-government.

Needless to say, the collapse of the classic two-state solution has crushed the dreams of Palestinian President Mahmoud Abbas, who has clung to this solution dogmatically.

Anyone who believed that the alternative to the crumbling two-state solution is one democratic state for Palestinians — including refugees — and Israeli Jews, is wrong. The one-state solution, with all its temptations and gravitational pull for liberal democrats on both sides, remains a distant dream. And it will remain so as long as the overwhelming majority of Jews are committed to Zionism — as an idea, as a project, and as a state. 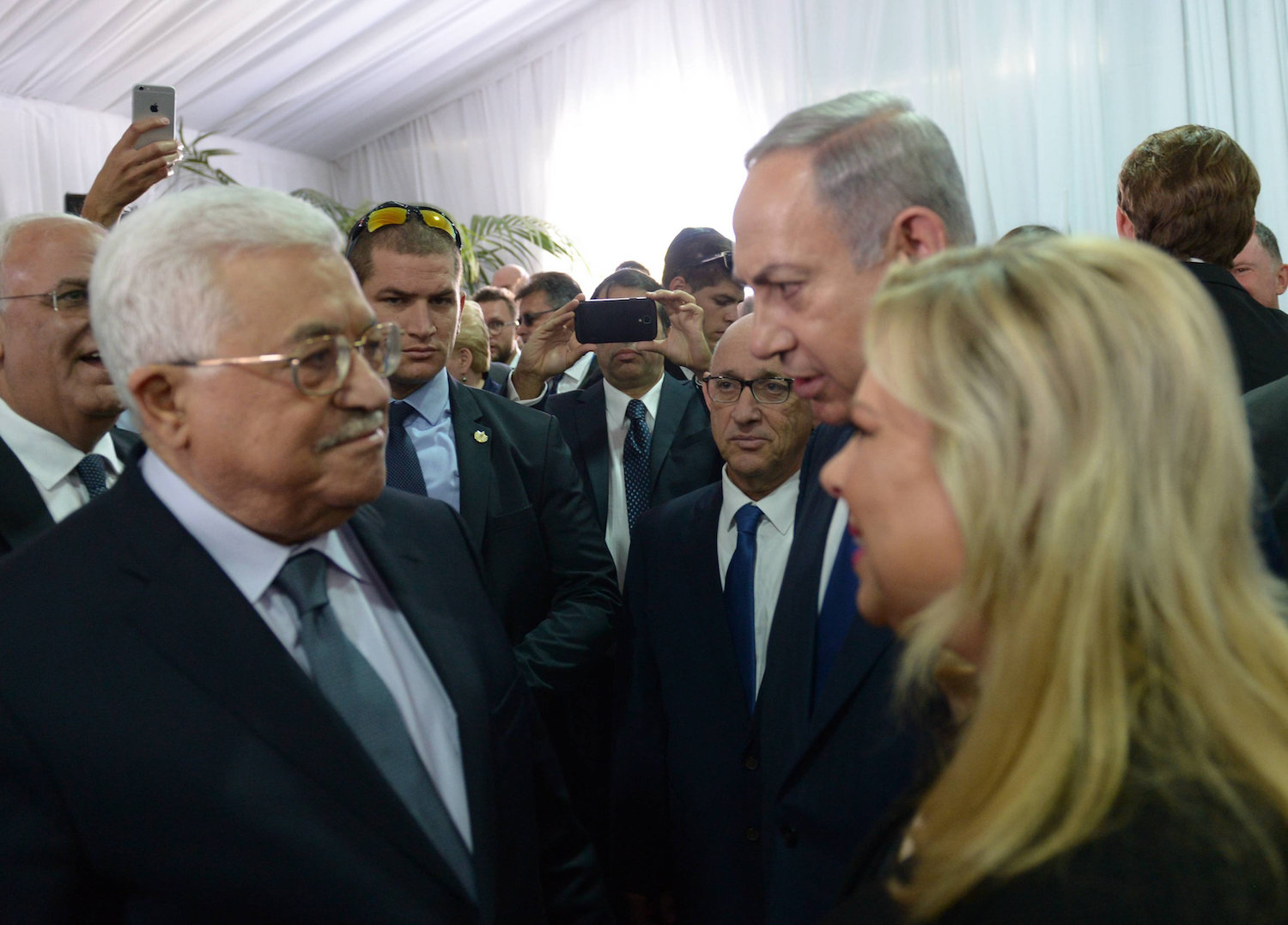 We should understand that the idea of one democratic state and the idea of Zionism based on strengthening and deepening one’s Jewishness are mutually exclusive, according to the definitions recently established by the Jewish Nation-State Law.

Furthermore, anyone who believes that there will ever be a Palestinian leader, party, or organization that will ever accept the malevolent Deal of the Century is wrong. Palestinian refusal of the plan, which is clear as day, spans the entire political spectrum and will likely continue. The significance of that refusal is first and foremost to freeze the plan, before forgetting and finally burying it.

In light of all this, the time and conditions might be ripe to adopt and promote the “Two States, One Homeland” initiative. This initiative is first and foremost based on the principles of equal civil and national rights for Palestinians (including refugees) and Israeli Jews, and provides an answer to the more substantive challenges in a way that is different from any other initiative, past and present.

“Two States, One Homeland” assumes that the two-state solution is about to collapse; that the solution of a single democratic state is nowhere in sight; that in any long-term and equitable solution, it will be necessary to maintain the unity of the land between the river and the sea and respect the equal national rights of both parties; and that under any fair solution it will be necessary to respect the attachment of the parties to the land of Israel-Palestine or any part of the land. 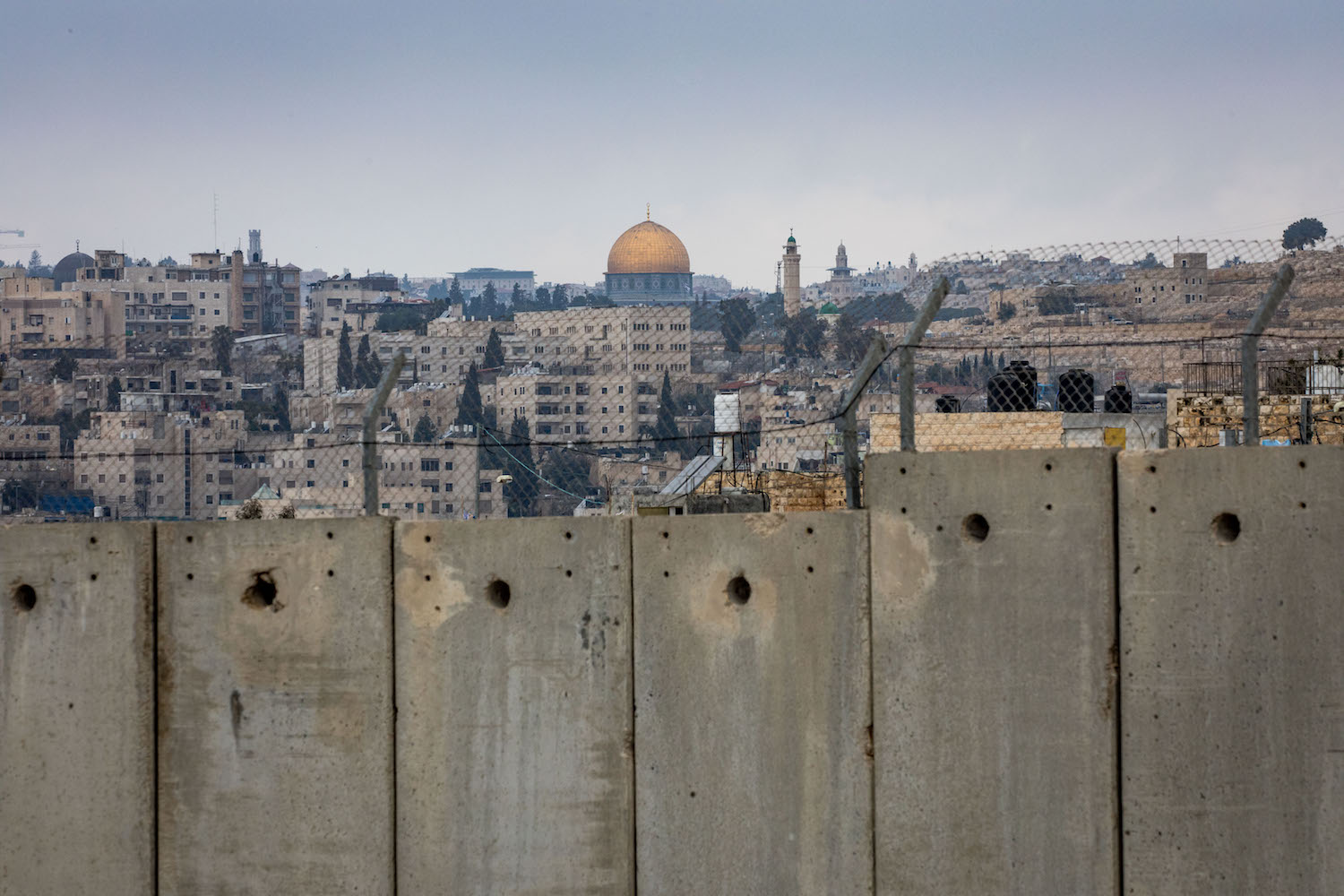 View of the separation wall and the Dome of the Rock, Jerusalem, February 2, 2020. (Olivier Fitoussi/Flash90)

Palestinian refugees will return to Palestine as citizens with equal rights, with some returning to Israel as citizens and others as permanent residents. Both countries, Israel and Palestine, will share those things that cannot or should not be divided.

Such an initiative would put us halfway to the one democratic state, but it has no prior commitment to this dream. It includes a fair two-state solution while rejecting the corrupt Deal of the Century that would lead to a flawed Palestinian state.