In American discourse, torture is a dark stain on the country’s recent history. In Israel, there is no law against torture and the justification of its use is still mainstream.

By Nadeem Shehadeh and Amjad Iraqi 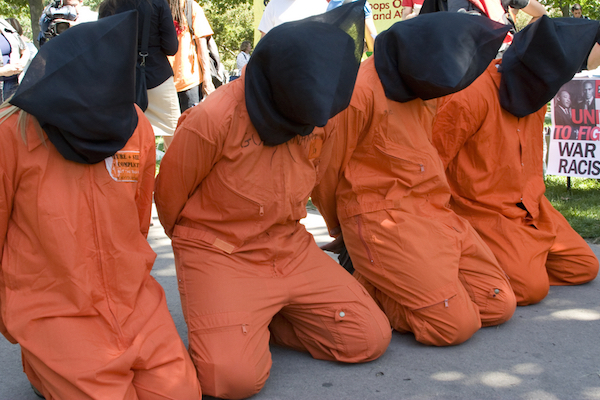 The United States Senate this week released its long-awaited report on the CIA’s use of torture during the so-called “War on Terror.” A significant revelation in the report was that the CIA relied upon an Israeli High Court decision on torture and other Israeli policies as legal justifications for its own torture practices. These include the vague concepts of “necessity” and “ticking bombs,” and the use of enhanced interrogation techniques defined misleadingly as “moderate physical pressure.”

Since the Israeli High Court handed down its decision on torture 15 years ago, the ruling has been lauded by many observers as “revolutionary” for its supposed regulation of the use of torture to obtain information from suspects for urgent security purposes. However, as demonstrated by the Senate report, and as Israeli and Palestinian human rights organizations have long-argued, the High Court’s ruling is riddled with serious flaws – or more accurately, deliberate shortcomings – that merely grant the appearance of a progressive approach to the use of torture.

A chief problem is that torture is not a crime under Israeli law. From the outset, this violates provisions of international human rights covenants ratified by Israel, such as the Convention Against Torture, that forbid the use of torture and cruel, inhuman and degrading treatment (CIDT) in all their forms. Among other recommendations, international human rights bodies have consistently called on Israel to explicitly prohibit torture through legislation in line with these treaties; to this day, no such legislation exists.

In part because torture is not a crime, there are no criminal prosecutions of its perpetrators, and hence no legal remedies for victims. Israeli agencies that routinely use torture in their work – including the military, the Shin Bet (Israel Security Agency), and prison authorities – enjoy extensive impunity. While the High Court’s ruling and various internal state bodies give the illusion of oversight and regulation, in reality these ‘torture agencies’ are essentially free to act without fear of punishment. This is why hundreds of cases of torture against detainees under Israeli custody are never even investigated, and why practices such as force-feeding of hunger-striking prisoners can be legalized.

A further problem is the Israeli public’s apathy and oftentimes approval of the state’s use of torture. The current debate in the U.S. over the Senate report largely views the government’s use of torture as a dark stain on American history and values, and recognizes that, despite supposed security reasons, the practice is legally and morally wrong. In Israel, however, the view is the opposite. Not only has this “dark stain” been a constant reality, but many Israelis believe that torture is acceptable, justified and necessary. Consequently, there is almost no public debate on this practice in Israel. Government officials frequently attack human rights groups that attempt to raise the issue, accusing them of attempting to demonize Israel or undermine its security.

The Senate report has made it clear that the impact of these Israeli laws and practices are not confined to Israel and the Occupied Territories alone. The CIA’s acknowledgement of the “Israeli example” as an inspiration and justification for its practices demonstrates the danger of Israel’s influence in undermining international legal principles. In view of this, the outrage expressed by the American public should also send a strong message that Israel’s “loopholes” for the use of torture remain legally and morally unacceptable.

The way forward must begin with a total switch in thinking and the enactment of specific legislation in Israel that explicitly prohibits torture and ill-treatment in all its forms, and which ensures mechanisms of accountability for its use, including criminal prosecutions. Adalah and other human rights organizations have recently proposed bills in this regard based on international human rights treaties. These documents and principles should serve as better inspiration for Israel and other countries to protect individuals’ rights and security, rather than pursuing practices that are characteristic of dark regimes.