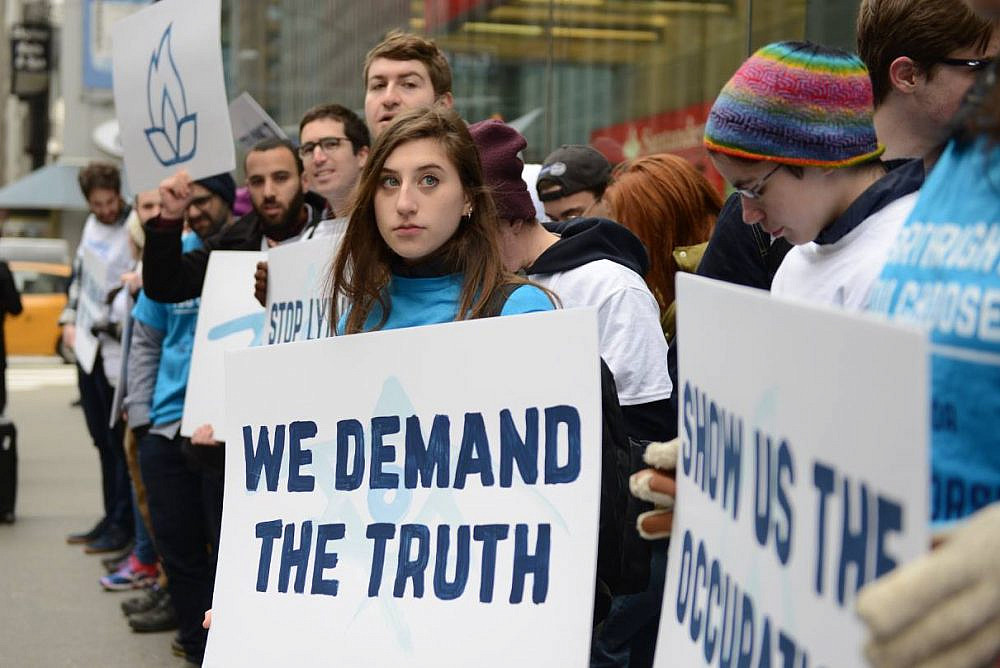 In early 2019, I was sitting down for lunch with a new colleague in Washington, D.C. Though we didn’t work for the same group, our organizations frequently partnered in coalitions on local progressive campaigns. I had recently started a job at a local Jewish progressive community organizing group, and this colleague had offered a chance to get to know each other better.

The conversation turned to various local organizing efforts, including universal affordable childcare and public funding of elections. At a certain point, they asked me if my organization supported Occupation Free DC, a local effort to stop the Metropolitan Police Department from traveling to Israel to train with the IDF every year.

“We don’t take a stance on anything related to Israel,” I said.

“That’s fucked up,” they replied.

I was taken aback by their candor. I immediately felt the need to at least try to justify my organization’s position, even if I personally agreed that we should support the initiative. I didn’t think that MPD should be training with any military force, especially a foreign one. And I was sure the “counterterrorism” tactics MPD was learning in Israel would be used to perpetuate violence against Black and brown people in Washington, the same way they are against Palestinians and Black people in Israel.

Instead of saying that, I got defensive. I said that I didn’t think it was fair to expect American Jews to have a stance on Israel — to constantly have to weigh in, personally and professionally, on the actions of a government thousands of miles away, or what I viewed as the failures of Zionism, just because we happen to be Jewish.

I’m not the only progressive American Jew who has made some version of this excuse, and the organization I worked for in Washington isn’t the only American Jewish group with a policy of avoiding issues that touch on Israel and Zionism. In fact, we were part of a loose network of affiliated progressive Jewish organizations with an exclusive focus on local and domestic issues of economic, social, and racial justice, and a hands-off approach to Israel. 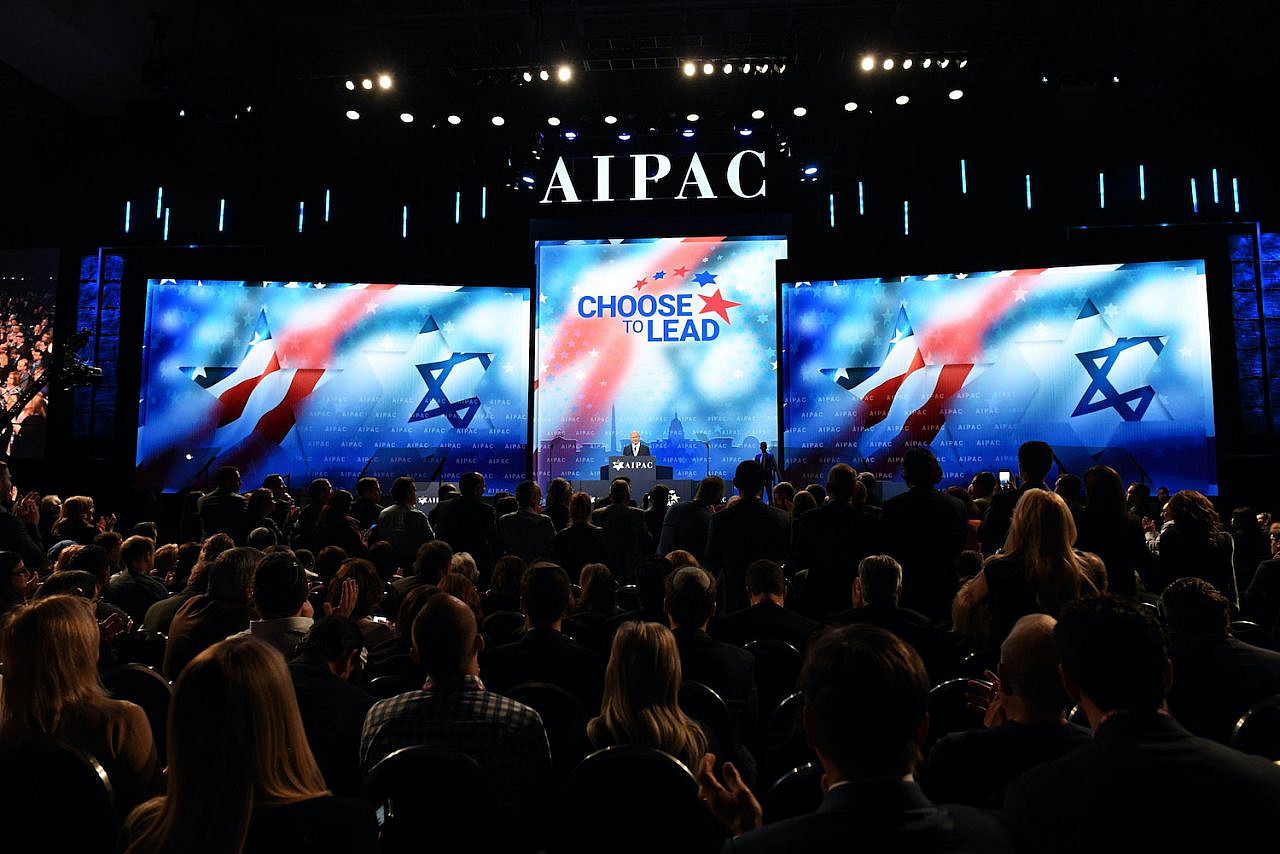 At this moment, establishment American Jewish organizations such as AIPAC, Democratic Majority for Israel, and the Anti-Defamation League are working to define even the most milquetoast criticism of Israel — and all public figures they deem insufficiently loyal to the state — as antisemitic. These groups present themselves as moderate or even liberal, often cloaking their attacks on progressives using the language of social justice while growing even more right-wing in recent years.

Given this context, it’s understandable that many progressive American Jewish groups don’t want to get pulled into myopic, intra-communal fights about Israel. On the other hand, a policy of silence cedes further ground to right-wing American Jewish voices and organizations that are happy to talk about Israel, allowing them to define the terms of the debate and present themselves as representing the priorities and mainstream opinions of American Jewry. The ability to entirely opt out from dealing with an issue that has life or death consequences for people living in Israel-Palestine is one that can only come from a position of privilege. Avoidance is neither a safe nor smart long-term strategy for progressive American Jews.

Silence not only shows a lack of solidarity with Palestinians experiencing ongoing violence, displacement, and occupation, it also leaves progressive Jews and our allies vulnerable to right-wing smear campaigns here in the United States. We’ve seen accusations of antisemitism leveled against U.S. Rep. Rashida Tlaib for expressing the desire for Palestinians to be free from the Jordan River to the Mediterranean Sea, Rep. Ilhan Omar for correctly identifying money as a source of AIPAC’s influence over Congress, and even Sen. Bernie Sanders, who is Jewish and describes himself as pro-Israel. Organizations like StopAntisemitism.org and Canary Mission, which supposedly exist to fight antisemitism, focus almost exclusively on attacking progressive activists — particularly activists of color — who support Palestinian rights.

These smear campaigns serve complimentary functions: advancing a right-wing definition of antisemitism to shield Israel from criticism; damaging political opponents whose progressive agenda they and their donors oppose; and creating a social, professional, and political cost for activists who are publicly anti-Zionist or even critical of Israel. Tarring progressive politicians as antisemites paints them as bigots and the organizations that support them (some of which are Jewish) as tolerant of bigotry, undermining their credibility on a range of issues.

Thus, while many of these pro-Israel groups seem to have a narrow focus, their work attacking progressive politicians and liberatory movements plays an important role in buttressing conservative causes in the United States, which many of their largest donors also fund. The ties between Israeli Prime Minister Benjamin Netanyahu’s government and other far-right and proto-fascist governments around the globe — many of which actively traffic in antisemitism, from former U.S. President Donald Trump to Jair Bolsonaro in Brazil and Viktor Orbán in Hungary — demonstrate the unity of purpose among these geographically disparate right-wing interests, and the Jewish right’s willingness to work with antisemites who align with them politically.

Perhaps nothing better illustrates the risks of complete silence on Israel than the current debate over the U.S. government adopting the IHRA definition of antisemitism. The Conference of Presidents of Major American Jewish Organizations and other establishment Jewish groups have called on the Biden administration to adopt this definition, which includes “denying the Jewish people their right to self-determination, e.g., by claiming that the existence of a State of Israel is a racist endeavor” as an example of antisemitism. This would likely define any organization, including any Jewish organization, that supports the Boycott, Divestment, and Sanctions (BDS) movement or identifies as anti-Zionist, as antisemitic in the eyes of the U.S. government. 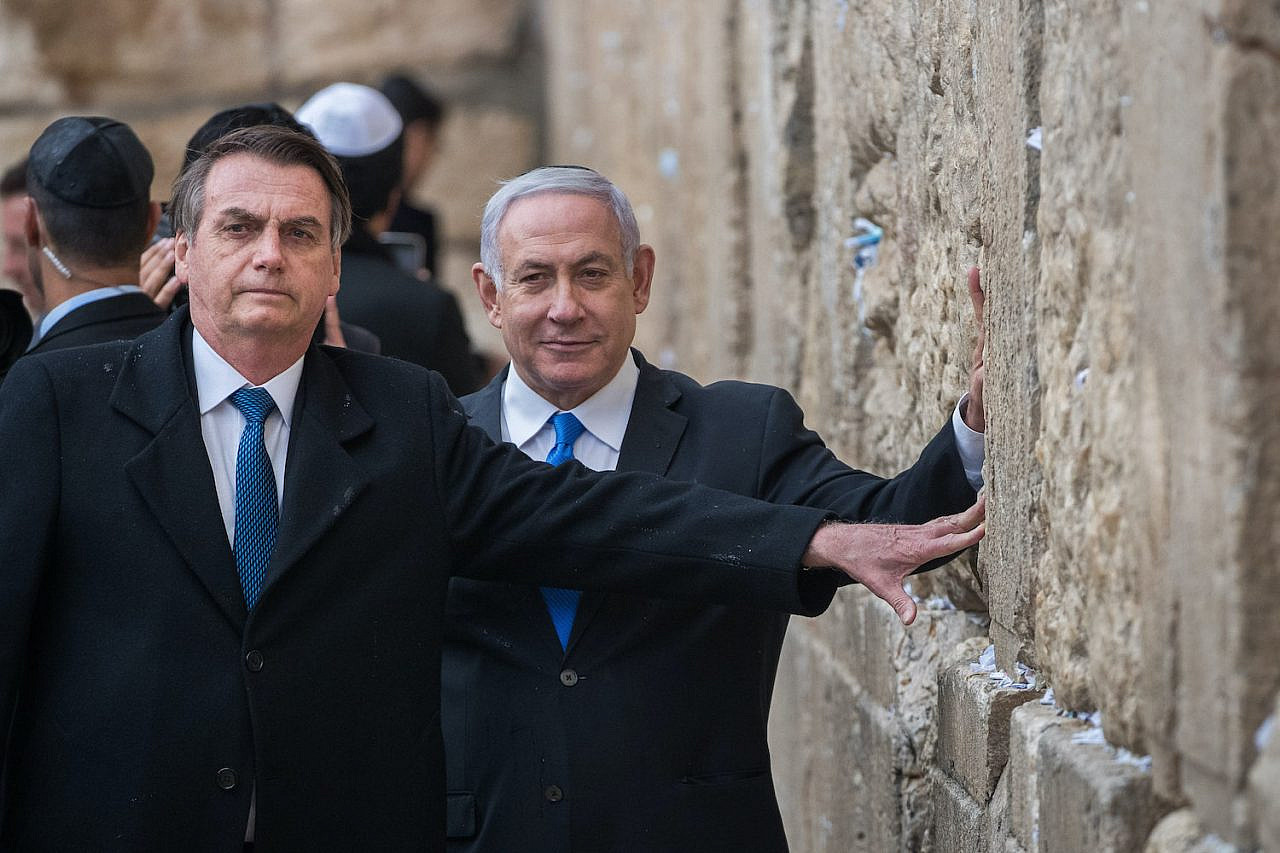 The IHRA definition has been used as a cudgel to silence and marginalize leftist and progressive Palestinians, Jews, and their allies in places like the U.K. and Canada. There is no reason to suspect the same dynamic wouldn’t occur in the United States. There is also no reason to believe pro-Israel groups in the United States wouldn’t try to limit criticism of Israel even more stringently if they are successful in this fight.

Encouragingly, some groups that usually take a hands-off approach to Israel have started weighing in against the IHRA definition. Bend the Arc, one of the largest progressive American Jewish organizations, recently put out a statement opposing the Biden administration adopting the IHRA.

Dove Kent, senior strategy officer at Bend the Arc, expressed a myriad of concerns about the IHRA definition, including the examples of antisemitism that it offers. “The way the IHRA can be currently used to stifle free speech is opposed by some of the authors of the definition, who have said they never intended for it to be codified in law,” said Kent. “A definition that has been used to target Muslim, Arab, and Black activists is not a helpful tool for building a society where all Jewish people are safe.” “We hope that our statement can pave the way…for other Jewish organizations who also only work on domestic issues to weigh in,” Kent added. “The ways that our oppressions are connected means that strategies for our safety have to also be intersectional. Hopefully Jewish organizations can continue to point out why this definition shouldn’t become law and push our elected officials to take active steps that will actually keep our communities safe.”

It is easy to forget, with Israeli flags flying in many synagogue sanctuaries across the United States, that Zionism and support for Israel has not always enjoyed such a hegemonic place in Jewish communities. In the early 20th century, many Jews, like those in the Labor Bund in Poland and Russia, were opposed to Zionism and more focused on socialism, liberation from oppression, and doikayt (Yiddish for “hereness”) — the idea of fighting for justice and for Jewish people wherever one lives. Today’s Jewish organizations that embrace the spirit of doikayt shouldn’t shy away when those fights tangentially or even directly touch on questions related to Israel. One doesn’t have to take a specific organizational stance on Israel to oppose U.S. police training with a foreign military, or to say that stifling free speech is not an effective way to fight antisemitism.

It is clear that right-wing supporters of Israel will not stop until all criticism of Israel is silenced and defined as antisemitism, and they aren’t afraid to smear and attack progressive Jews in service of that goal. They may be successful in their mission, unless progressive Jews around the world — who are best positioned to fight antisemitism — make a concerted effort to contest the idea that to be Jewish means to support the Israeli government and its policies, and that to question the state of Israel is to be an antisemite. The cost of continued silence is too great to bear.

Editor’s Note: This story has been updated to correctly spell the name of the Conference of Presidents of Major American Jewish Organizations.

Zach Weinstein is a Jewish community organizer and writer based in California’s East Bay. You can read more of his writing at https://disloyalty.substack.com or follow him on twitter @zwstein. 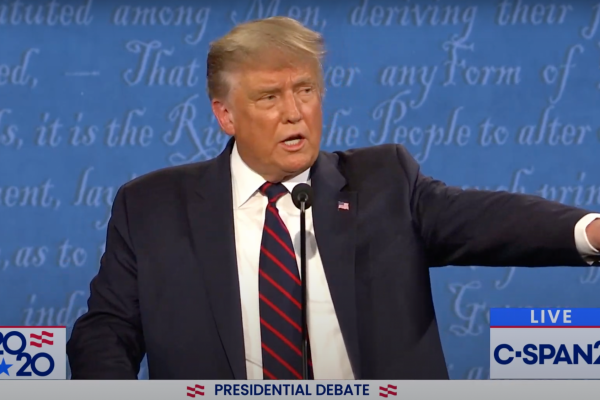 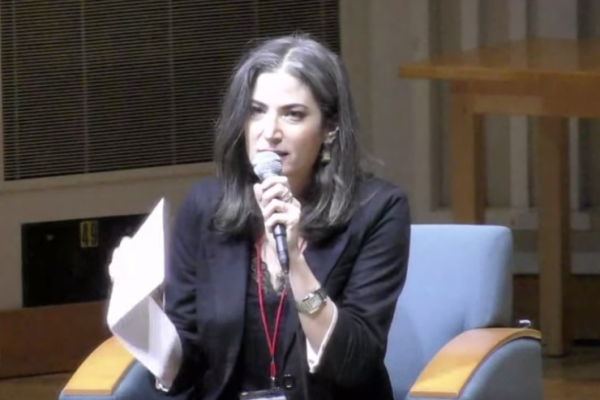 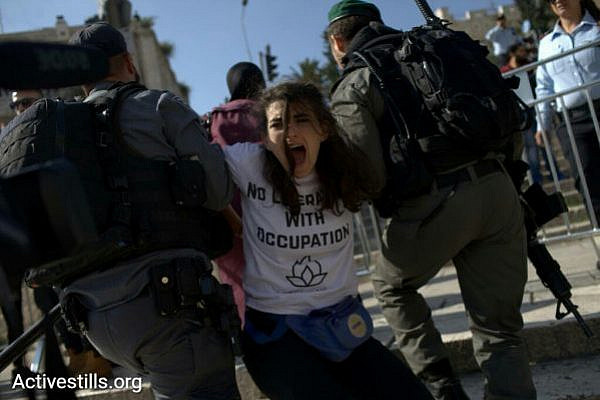 ‘You never told me’: Confronting American Jewish myths about Israel
A group of young American Jews are challenging the the institutionalized myths they were taught about the Jewish state in classrooms, youth group trips, and summer camps.  By Emma Goldberg U.S. anti-occupation movement IfNotNow released its “Liberation Syllabus” last week. Crowd-sourced from teachers, students, journalists, and rabbis, the syllabus offers a collection of resources — from…
By +972 Magazine June 19, 2018