Dozens of supporters, including past refusers, hold demonstration outside Haifa draft board office in solidarity with 19-year-old Udi Segal.

By Moriel Rothman-Zecher and Yuval Orr

For the past month, the news in Israel/Palestine has been filled with reports of more and more people killed, the vast majority of them Palestinians. As much of Israeli society is swept up in the fever of the most recent war on Gaza, there are those voices that refuse to accept a present, or future, filled with violence, occupation, fear and hostility. One of those voices belongs to Udi Segal, a 19-year-old Israeli from Kibbutz Tuval, who was sent to jail on Monday for refusing to enlist in the Israeli military.

Watch this short video of Udi explaining his refusal to serve:

About 75 people – Jews and Palestinians – gathered in Haifa to stand with Udi. Among the crowd were Ruty and Yael Ferera, the mother and sister of Uriel Ferera, an Orthodox Jewish refusenik who has been in and out of military prison since April for refusing; Omar Saad, a young Druze refusenik who was recently released after over six months in prison; and a number of other past refusers and current signatories on the 2014 letter of conscientious objection. 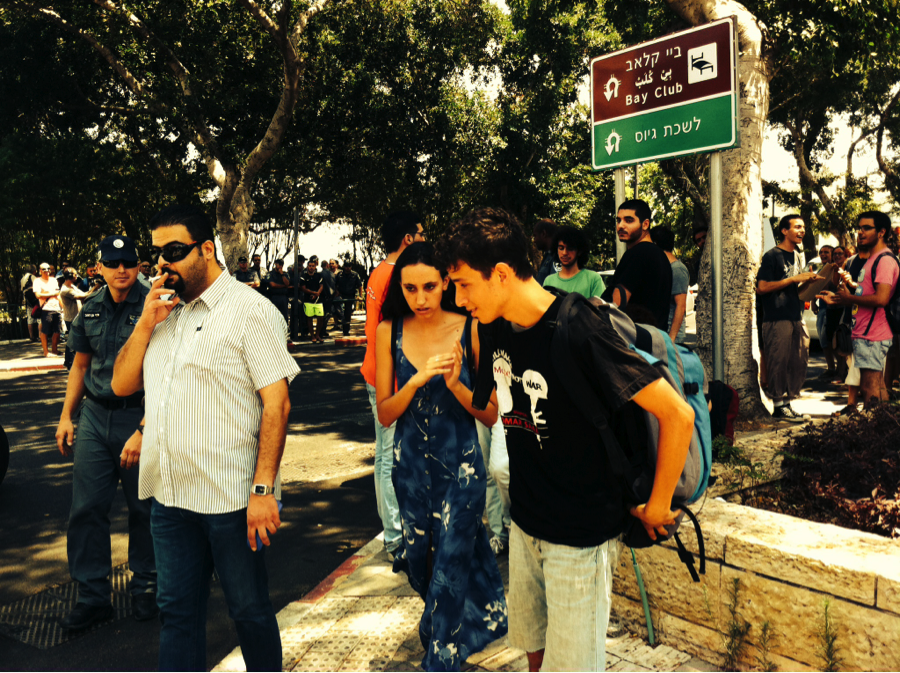 Udi Segal walks in the direction of the Draft Center in Haifa, where he will refuse to enlist.

Across the street was a small gathering of flag-draped counter-protestors. There had been calls to demonstrate against Udi’s refusal circulating on Facebook, but thanks to clever organizing (the Facebook event for Udi’s protest listed the start time at 11:00, at the Navy Museum, and then, surreptitiously, told actual supporters to meet at 12:00, near the Draft Office, five kilometers away, on the other side of Haifa), only a few showed up. Their chants touched on a number of now-familiar tropes (“Go to Gaza! You’re all traitors! Gaza is a cemetery! Go get f**ked in the a**!”) but also took on an uglier, more personal element, targeting Udi by name, branding the demonstration as his “gay coming out party,” calling him a “son of a whore” as he stood by his mother. 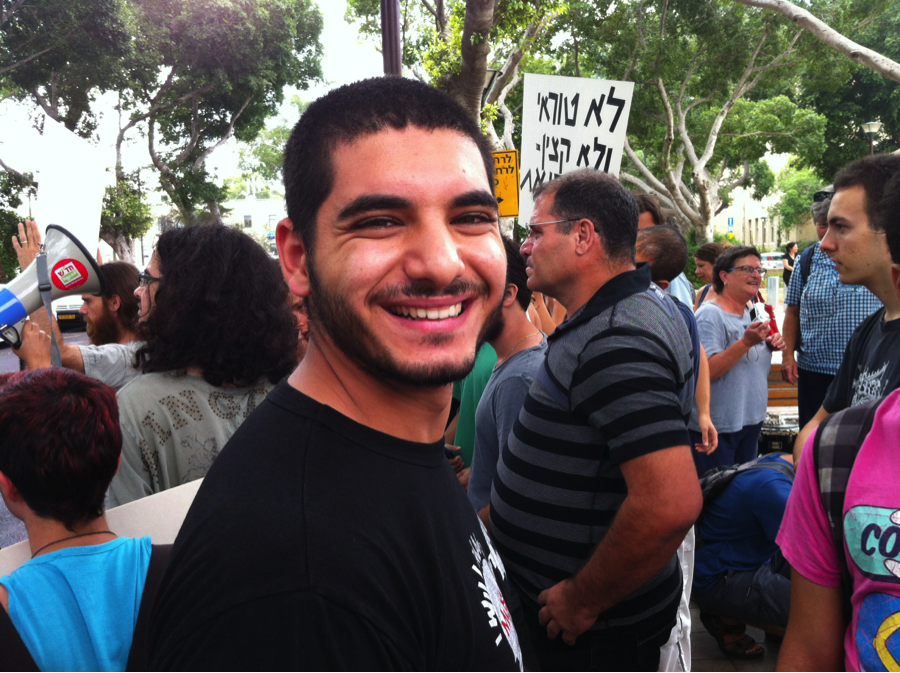 Omar Saad, a few months after his own release, lending support to Udi Segal.

The demonstration in support of Udi was quiet and dignified, with signs declaring support for his refusal, critiquing the occupation and calling for an immediate end to the war on Gaza. One demonstrator held a sign that said “Over 800 people killed does not equal security.” When he saw me looking at the sign, he shrugged sadly and said: “I made this sign a few days ago. The death toll in Gaza is now estimated at over 1,058.

After a short gathering, Udi said his goodbyes and walked off to the draft station, where he approached the commanders with the words that have crossed the lips of thousands conscientious objectors before him: “I refuse.”

Reporting, photography, interview and editing by Yuval Orr and Moriel Rothman-Zecher. Moriel is an American-Israeli writer, activist and refusenik. He blogs independently at www.thelefternwall.com. Yuval is a American-Israeli filmmaker and activist whose first short film “Hebron is Beautiful” explores the banal absurdity of the Israeli occupation of Hebron through the eyes of a Palestinian teenager. They are both members of the All That’s Left Anti-Occupation Collective.