Embedded journalism is a controversial issue. Many claim that it replaces oversight and criticism with propaganda. I tend to agree. This admiring tone was evident in the pieces published by embedded Israeli reporters this week during the IDF’s crackdown on Hamas in the West Bank. It must have also been part of the reason why Haaretz chose not to run such a report.

The New York Times’ Jodi Rudoren had no such concerns. Just like reporters from Israel Hayom and Yedioth Ahronoth, Rudoren was embedded within an army unit conducting searches for the missing teens. 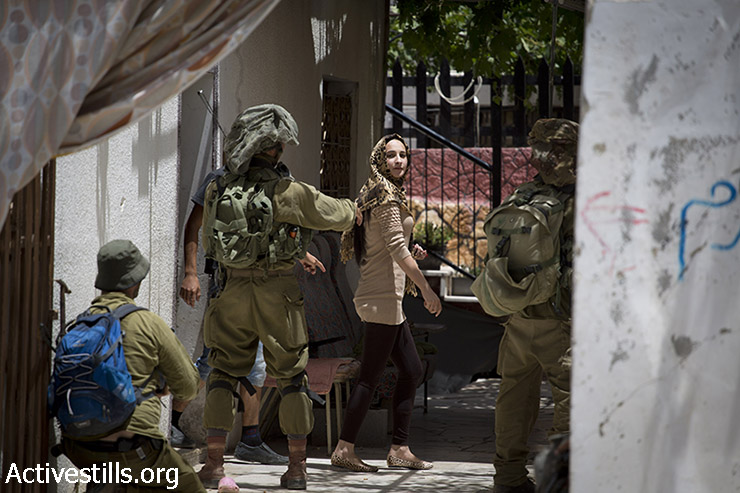 The report she filed is not a news item—it’s a PR piece. Despite the fact that the recent military operation has been criticized for targeting Hamas’ political arm, Rudoren has chosen (or perhaps sent by the IDF Spokesperson) to join the searches, not the arrests. This is not where the news is happening. When Rudoren mentions the more controversial aspects of the IDF operation, she takes a jab at the “human rights chorus.” And when she describe the trackers she accompanies, the story lacks all context – historical, political or social. Bedouin volunteer rates in the IDF are dropping, which has to do with the increasing alienation Bedouin feel, especially surrounding the issue of the unrecognized villages. You won’t find any of this in the piece; the Times‘ interest in the Bedouin is limited to their role in the IDF at a time of military escalation.

Don’t let Netanyahu’s hostility to the Times confuse you. Like other correspondents before her, Rudoren writes pieces like a mainstream Israeli—even when her work can be construed as critical of the Israeli government, it is always done on Israeli terms. The Palestinian context—the issue of prisoners, for example – is absent to nonexistent. The entire interest in the Palestinians is minimal. I am not sure that a Times journalist would have filed such a report from an embedded mission with the U.S. military. Not after Iraq. With Israel it is different.