“Nakba Harta?” Historical facts are a stubborn thing, not as malleable as the right-wing propagandists would like

Well, at least one good thing came out of Im Tirzu’s latest propaganda pamphlet, written by convicted explosives thief Erez Tadmor and Arel Segal: A re-examination of the flight of Palestinians from Haifa, which the two pointed to as a proof of Jewish purity of arms.

An excellent Haaretz article (Hebrew) makes it clear the flight began after the Hagana shelled, on April 22, 1948, Haifa’s market square, after the Palestinians asked for a ceasefire. The shelling killed at least 10 Palestinians – the exact number is unknown. The dead were, according to reports, refugees seeking shelter, not fighters, and the shelling was considered to be the response of the Hagana to the cease-fire request, and led to massive flight.

The shelling of unarmed civilians in a market may be detrimental to Segal and Tadmor’s argument, and therefore they simply omit it. A mitigating circumstance is the fact that other Israeli historians, including some considered impartial, also did everything they could to wipe out that minor war crime from history, with notable success.

Benny Morris, in his book “The Birth of the Palestinian Refugee Problem,” quoted a Hagana historian, Sadoq Eshel, who described the incident as follows: “When we received the information, the commander of the support weapons company, Ehud Almog, was ordered to use the three-inch mortars, positioned near the Rothschild Hospital, and shell the market square. And indeed, a large crowd squeezed into the market square. When the shelling began, and shells fell into it, a great scare happened. The crowd broke into the harbour, and pushing aside the policemen who guarded the gate, charged into the boat and began fleeing the city. During all that day, the mortars kept shelling the city alternately, and the panic among the enemy turned into collapse.” Notice the five words I highlighted: In their place, Morris placed an ellipsis. Historian Yoav Gelber preferred claiming that the shells hit “near” the market, and not inside it, contrary to contemporary evidence.

Ehud Almog, the officer commanding the attack, told Haaretz that Eshel erred in one specific point: The weapons he used was not three inch mortars but rather home-made Davidka mortars. However, he confirmed the incident. “We received an order to shell the market while a great number of people were in it.” A British soldier – there were still some British forces in Haifa – described how the Hagana forces, using shells, machine guns and snipers, kept harrying the fleeing Palestinians. He noted that in the heat of the battle, the Hagana managed to wound two British officers, as well. The firing at unarmed civilians angered the British, and in some places they returned fire towards the Hagana men. The Hagana command was afraid of a ceasefire, and ordered his men to “keep striking,” while the civil leaders were trying to arrange one.

Morris did not always censor disturbing information (and there is no way to describe that ellipsis, striking out five specific words, as anything but censorship). He would, in a later book, quote extensively from the diary of Yossef Nahmani, a JNF official who came to plunder – err, sorry, “redeem” – the lands of the village of Tsaftsaf in the north. Nahmani described the massacre that took place there as follows: “The atrocities of our soldiers in Tsaftsaf after they entered it, the village and the men raised a white flag, they gathered the men apart and the women apart… tied the hands of fifty to sixty falaheen and shot them and killed them and buried them in one pit, and also raped some of the women… In ‘Ilabun and Pharadiya, the soldiers were welcomed with white flags and great feasts, and after that they ordered the villagers to leave, with their women and children. When they started saying this was against the promises and the pamphlets, they opened fire and after 30 people were killed, they began leading the others on the road to Miron.” When Nahmani asked himself where the Jewish warriors had learned to be so cruel, like the Nazis – Jews like to think of themselves as “merciful sons of the merciful” – he gives himself a harsh answer: “They learned from them.” The RH Tadmor and Segal would probably classify Nahmani as a dangerous anti-Zionist.

Historians have already noted that during the Independence War, the Jewish warriors fought with fierce valor, since they were convinced that if they would not, their fate would be similar to that of their relatives in Europe. The memory of the very recent Holocaust was a force multiplier. One wonders whether it did not also serve as an excuse for Nazi-like actions. The massacre in Tsaftsaf – in 1948 it was home to 990 Palestinians, and today two settlements stand in its place, Sufsufa and Or Haganuz – was hardly the only one. The massacres in Dir Yassin and Lod are well known; there were quite a few others.

About a week ago, our prime minister screamed like a stuck pig, saying Abbas distorted history. Abbas wrote that the Arab countries went to war with Israel in order to protect the Palestinians and prevent their expulsion. This is, no doubt, an idyllic fantasy; the Arab countries went to war in order to increase their power and influence. The Palestinians, as usual, were a convenient excuse. But, as usual, Netanyahu’s claim was a blatant lie. He said that Abbas was mixing the dates, since the expulsion (or “flight,” as Netanyahu and other right-winger propagandists like to call it) was a result of the invasion by the Arab countries.

The Arab armies invaded Israel after its declaration of independence, on May 15th. The shelling of the market in Haifa, and the flight which followed, took place, as mentioned, on the 22nd of April, three weeks earlier. I think it’s clear what followed what. So why did Netanyahu use this silly excuse? Because he knew most of his listeners don’t know the truth – and would prefer staying willfully ignorant.

email
Before you go…
A lot of work goes into creating articles like the one you just read. +972 Magazine is nonprofit journalism, owned by many of our writers, editors, and journalists. In order to safeguard that independent voice, we are proud to count you, our readers, as our most important supporters. With your support, we can keep +972 Magazine a strong, independent, and sustainable force helping push the global discourse on Israel/Palestine.
DONATE
More About Benny Morris 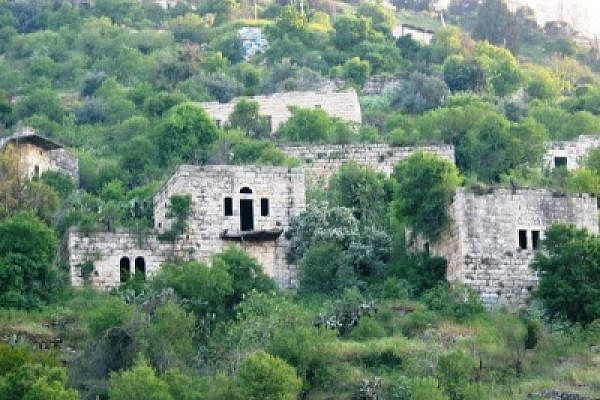 Why the inconvenient truths of the Nakba must be recognized
By Tom Pessah Limor Livnat was furious. The minister of culture was speaking at a Knesset discussion about the Independence Day arrests in Tel Aviv, following an attempt by a small non-profit called Zochrot to commemorate the Nakba, the Palestinian catastrophe of 1948. The Israeli police surrounded the Zochrot office in central Tel Aviv, preventing…
By +972 Magazine May 14, 2012 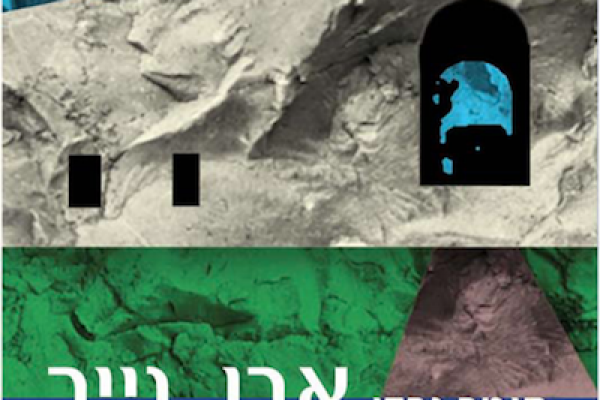 Traces of the Nakba: Book review of ‘Stone, Paper’
Despite attempts to conceal the memory of stones in the village of Hunin, papers in the kibbutz archives left a trail revealing the hidden war. In his bold book, Stone, Paper, Tomer Gardi places history in its present, as a driving political force, while rejecting the practice of historical writing. By Yehouda Shenhav | Translated…
By Haokets March 27, 2012