If the reports — and unraveling details — about Ben Zygier’s work with the Mossad are true, Israel has every reason to try and keep his existence and identity a secret, however superflous those efforts may be. 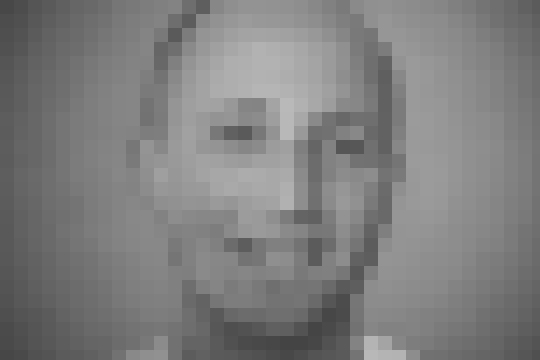 Ben Zygier, alleged Mossad Agent who was found dead in his cell in 2010 (photo: ABC Australia)

As details about the life, work and untimely demise of ‘Prisoner X’ unravel, the most intriguing unanswered questions remain: why did Israel secretly imprison him and why he is dead? But the details of the story appear to be making one thing clear; Israel’s security services likely had every reason in the world to (try to) keep the affair and Ben Zygier’s identity a secret.

Like most spy stories, nothing about Prisoner X, his true identity, what he did or didn’t do for Israel’s Mossad or even how he died is known with any degree of certainty. But as various reports and accounts – mostly from Australia, but others from Israel and around the world – come out, pieces of a puzzle begin to take shape into a picture that resembles a spy thriller, possibly gone horribly wrong.

The original ABC investigative report, which revealed Ben Zygier as the highly-censored ‘Prisoner X,’ identified him as an Australian-born Jew who emigrated to Israel in his early twenties. From his age at the time he immigrated and pictures of him in an IDF uniform, it is safe to assume that he was drafted into the army soon after arriving in the country. Those details, though unconfirmed like every other part of the story, are the most reasonable and normal parts of the story. He would have been only one of thousands of Diaspora Jews who move to Israel as young adults and volunteer to serve in the IDF.

From there, the story gets much more interesting. At some point, it appears Zygier returned to Australia where he changed his name to Ben Allen and took out a new passport under that non-Jewish-sounding name. That, in and of itself, it appears, was enough to spark the interest of the Australian Security Intelligence Organization (ASIO).

In 2010 ASIO suspected that several Australian Jews were working for Mossad, after changing their names from European or Jewish names to Anglo names. Then with new Australian passports and Australian accents, they could travel freely in the Arab world and to places like Iran, to destinations where no Israeli could venture.

Israel has long been suspected of having a hand in covert operations within Iran in efforts to sabotage, spy on and subvert that country’s suspected military nuclear program. But from the assassinations of nuclear scientists to explosions at nuclear research and development facilities, it is difficult to believe that whatever intelligence agency (or agencies) was behind those events did not have agents on the ground, whether to carry out the covert operations themselves or to train and equip Iranian opposition groups to do the work on its behalf.

Other operations widely attributed to the Mossad, such as the 2008 assassination of senior Hezbollah official Imad Mughniyah in Syria, would also likely have required agents on the ground, either to carry out the work themselves or train and equip others.

The Sydney Morning Herald on Wednesday reported that Zygier, aka Ben Allen, aka Benjamin Burrows, was one of at least three dual Australian-Israeli citizens under investigation by ASIO. All reportedly changed their names at least once and took out new passports under their pseudonyms.

“The men had used the new passports to travel to Iran, Syria and Lebanon,” the Herald reported. Additionally, the three were reportedly involved with a straw company that sold electronics equipment to Iran.

As former Australian intelligence agent Warren Reed explained to ABC, it is greatly advantageous to use Australian nationals and their passports for covert intelligence work.

Australians abroad are generally seen to be fairly innocent. It’s a clean country, it has a good image like New Zealand. There aren’t many countries like that so our nationality and anything connected with it can be very useful in intelligence work.

If Zygier was a Mossad agent and did indeed travel to Iran, Syria and Lebanon under a new name, it is entirely plausible that he took part in any number of covert operations attributed to Israel. If that is the case, and it is unlikely we’ll ever know, it becomes clear why Israel would jump through so many hoops to try and keep his identity a secret.

Almost by definition, a covert operative in enemy territory puts his or her own life at risk, but they also work with others – both local recruited agents and often foreign intelligence operatives. By revealing Zygier’s identity, if he is who it appears he may be, anyone he ever worked with is suddenly at risk.

Just by publishing his photo, any competent intelligence agency can begin to put together the pieces of how attacks and intelligence operations targeting them transpired. Analysts can review photos and video footage containing the exposed agent and discover the identities of those he worked and traveled with. The careers of covert operatives can be ended. The lives of those agents they recruited will likely come to a swift end. But from an operational perspective, years of work installing equipment and building networks for intelligence collection and sabotage can vanish overnight. Any responsible spy agency would themselves dismantle those networks the moment they fear any serious exposure.

If Zygier was a covert Israeli operative, it is absolutely clear why the Mossad and the entire Israeli government would want to prevent his identity from being made public. Its work in whatever countries he may have operated in are likely over. It would take years to rebuild the networks that were destroyed.

We will never likely know the full story of why Israel put Zygier into secret detention. But one angle revealed in recent (foreign) news reports does provide – highly speculative – clues as to why his (second) country might have stopped trusting him to the point of making him disappear into one of the most secure prison facilities in Israel.

One acquaintance of Zygier’s from 1994, long before he would have ever joined the Israeli army, let alone any clandestine service, spoke anonymously to JTA after news of the affair broke Tuesday. He “never struck me as someone who was stable, he said, adding, “Ben talked too much.”

In another account published Wednesday, of when an Australian journalist actually accused Zygier of working for the Mossad in early 2010, the suspected spy reacted strangely and angrily, in a demeanor one would not expect from a trained spy.

“Who the f–k are you?” an incredulous Mr Zygier told Fairfax’s then Middle East correspondent, Jason Koutsoukis. “What is this total bullshit you are telling me?”

If the Mossad did believe Zygier was mentally unstable and either was likely to, or had already revealed too much about his clandestine work for Israel, it is almost understandable why they would want him to disappear. It’s also possible that Zygier’s demise was a result of treachery, accidental exposure, an impending Moshe Vanunu-type planned public exposé, or a host of other spy novel-esque scenarios.

What actually happened? We may never know. But as the story unravels, it is becoming clearer and clearer why Israel would have wanted it to remain a secret.

Update: On Wednesday night, Israel officially acknowledged that in 2010 it held a dual Israeli citizen under a false name in secret detention, which it described as court ordered. The statement added that the prisoner was represented by three lawyers, whom it named, and that his family was notified after his arrest. The acknowledgement did not name Prisoner X or give any reason for his detention but said an inquiry ruled his death to be a suicide and that a further probe looked into whether negligence played a role in his death.