J Street was in the headlines recently for two incidents that reporters are deeming to be indicative of the self-declared “pro-Israel pro-peace” lobby’s inability to gain acceptance in the mainstream American Jewish establishment. The first incident was Congressman (Jewish and democratic) Gary Ackerman’s public disassociation with J Street over its urging the US not to veto a UN security council resolution calling for a halt to settlements in the West Bank and East Jerusalem. The second was the announcement that a J Street U trip to Israel through Birthright was a no-go. J Street U, the student arm of J Street, announced last week that it would be running its first Birthright Israel trip this summer, entitled, “Explore Israel: Progressive Zionism and Social Justice.”  Then on Monday, Birthright announced they never authorized it since they do not run “political” trips (yeah right!).

Stories in Haaretz and The Forward speak of J Street being an “outcast” and of “struggling for acceptance” in the “pro-Israel” community. This is largely true, but only if one accepts the notion that the veteran, mainstream American Jewish establishment is in fact “pro-Israel.” I have written here before about the problem of defining what it means to be “pro-Israel” and in fact J Street’s raison d’etre was to redefine and reclaim the term, based on the conviction that standing idly by while Israel continues to build settlements and occupy the Palestinian people is fundamentally not a “pro-Israel” stance.

In fact, as fellow 972 writer Dahlia Schneindlin has pointed out, those that continue to defend Israel’s status quo should in fact be termed “pro-occupation,” since their unconditional support for Israeli actions and refusal to urge the US government to make good on its condemnation of settlements is in fact a position that, whether passively or actively, supports the occupation.

When asked if he considers J Street “pro-Israel,” Rep. Gary Ackerman responded: “They have done many things that are pro-Israel, but asking to refrain from vetoing a condemnation of Israel is not a pro-Israel action.” Israeli Ambassador Michael Oren, who has repeatedly ignored or disdained J Street, similarly stated: “They claim they’re pro-Israel. They are calling for Israel to be condemned in the Security Council for the settlements and they are condemning some of our best friends on the Hill. So they can call themselves what they like.”

Both these statements expose the fact that this is not really a question of being “pro-Israel,” as this is just a normative label and as such is really a question of one’s personal politics on Israel. According to Ackerman and Oren, if you criticize Israeli actions and demand an end to the occupation (what is considered here “leftwing”), then you are not “pro-Israel.” By this standard, Israeli activists like me who directly confront soldiers and settlers in the occupied territories must be self-hating Israelis. 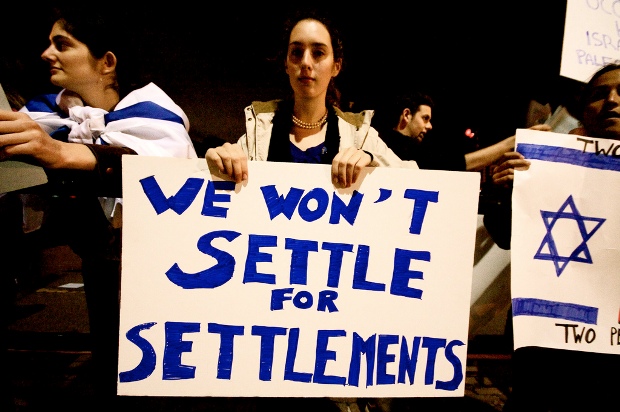 As for the decision by Birthright to reject a J Street trip – this is a blatantly political decision, and it is a decision that fits in nicely with the Israeli government’s (which funds a 1/3 of Birthright’s $80 million annual budget with my tax shekels) and the mainstream American Jewish community’s effort to defame J Street for being openly critical of Israeli policies. In the very same way that the Israeli government has been attacking “leftwing” NGOs in Israel in order to curb their activities and free speech, the veteran American Jewish community has been trying to silence J Street – despite the fact that it has a huge calling (over 200,00 members) and meets a long-standing demand in the American Jewish community for honest discussion on Israel.

J Street is indeed facing many obstacles in its effort to assume a position of authority and credibility in the American Jewish dynamic vis-a-vis Israel – but this is not because it is not “pro-Israel” – rather it is because all the rest are perfectly content to continue being “pro-occupation.”