If we succeeded at pushing the government to find a solution on a matter as sensitive as the Western Wall, then we can also push Israel’s leadership — from a perspective of self interest — to make other, equally positive decisions. 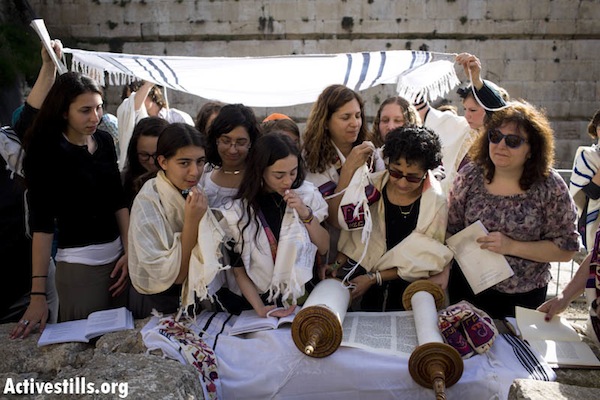 Last Sunday, following a 27-year struggle by Women of the Wall, the Israeli government approved a plan to create a new pluralistic, egalitarian and feminist plaza alongside the ultra-Orthodox prayer plaza at the Western Wall in Jerusalem. This is first and foremost a victory for Jewish feminists. But imagine — a group of Jewish religious women engaged in grassroots feminist activism, who really only wanted to pray together on Rosh Hodesh according to their custom and never imagined themselves as heroines, have upset the balance of power in the battle of religion and state, and catalyzed transformative social and political change.

Together with representatives of the Reform and Conservative movements, I was one of two women who, for two-and-a-half years, negotiated this agreement to achieve equality and justice for Women of the Wall (WOW). My participation in the negotiations gave me insights that were more far-reaching than simply where and in what way Women of the Wall would pray at the Western Wall.

As I sat at the negotiating table, I thought about the significance and meaning of recognition. The government recognized the legitimacy of Women of the Wall. It recognized the Reform and Conservative movements, and by doing so, it recognized the majority of Jews who don’t fit the standard Israeli belief that orthodoxy is the exclusive legitimate form of Jewish religious expression.

I learned that the government had a very strong self-interest in achieving an agreement, and this was a powerful motivating force. The government hated that there was an ongoing conflict between ultra-Orthodox prayer goers and women attending WOW services at the Wall. The arrests of more than 50 women, including two American rabbis, provoked a deep crisis with Diaspora Jewry, who were appalled by the thought of women being arrested for wearing tallitot and singing out loud. 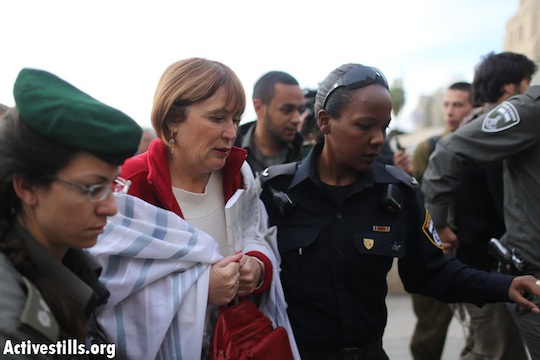 A member of ‘Women of the Wall’ is arrested for wearing a ‘talit’ prayer shawl at the Western Wall, April 11, 2013 (Oren Ziv/Activestills.org)

If it were only a matter of a few annoying women, perhaps the government would not have stepped up to the plate. However, our refusal to be silenced, and the international outrage over these arrests between 2012-2013, compelled the government to invite us to the table to find a solution — together. From this I learned that external pressure on the Israeli government can be very effective, even when the religious and right-wing establishment pushes back. It was that pressure which created the motivation to solve the issue and reach an agreement.

The government’s representative in the negotiations, then cabinet secretary Avichai Mandelblit, recognized our legitimacy and wanted to find a solution that would not be imposed from above, but rather, one agreed to by all sides. It was the combination of those two elements that ultimately enabled us to reach an agreement.

Numerous other (non-religious) cabinet secretaries, with whom WOW had years of bitter experiences, could not identify with our motivation to pray at the Western Wall according to our custom. It was not coincidental that it was Mandelblit who insisted, up until his last day on the job (he has since been appointed attorney general), that this deal must pass. Mandelblit, a religious Jew, would not shake the hands of the women in the room during the early days of negotiations. Yet, it was exactly because of his religious observance that he was able to legitimate our struggle.

The advantage of being an insider

Something else I learned in the negotiations was about the dynamics of being an insider or an outsider. It is monumentally more difficult for a negotiator to succeed if he or she is a total outsider. The informal dynamics of negotiations demand being able to joke around on common subjects — in this case, about the army. Language can also be a major challenge. Negotiating in a second language, as was the case for me, one will almost always struggle to keep up when the negotiations become intense. Having others in the room who shared a common language and common experiences with the other side was critical.

The conversations in the cabinet secretary’s meeting room were first and foremost among and between Jews. Despite the arguments about Jewish pluralism, there was a shared assumption about our power as Jews, and our ability to wield this power in Israeli society.

I couldn’t help thinking about how much Arab citizens negotiating with the government — on various issues like unrecognized Bedouin villages in the Negev, or the inequalities in resource allocations for Arab municipalities — must have to constantly fight to overcome those issues. The lack of a common first language and the inability to recognize Arab citizens, both literally and figuratively, makes it very challenging to identify with the person and their struggle — especially in the context of a deeply entrenched conflict.

On the other hand, as was true in our case, the outsider can bring a fresh perspective and new thinking that the insider lacks. This allows difference to legitimately dwell in any negotiations.

What else is possible

For example, just a few weeks ago, the government approved a game-changing plan to correct discriminatory financing mechanisms that have been one of the major impediments to equality for Israel’s Arab citizens. After many years of pressure from Arab citizens and civil society, the government finally recognized its own self interest in reducing the inequities and was able to agree upon a solution together with Arab municipal and political leaders. (For more about this see Ron Gerlitz’s article).

Activists of all stripes are working day and night to get the government to pay attention and recognize their struggles, and implement policies to create the change they are seeking. The easiest thing is to be critical. One strategy is to stand outside government buildings and demonstrate. However, it takes more than that to change the world around us.

The ability to get the government to figuratively raise its head and take notice depends on our ability to do something much more complicated: to bring together the insiders among us (those who speak the language and with whom the government can identify) and the outsiders (those who bring a different voice and life experience to the table). It is this capacity to work together that can lead to recognition and achieving just solutions.

Batya Kallus has been a member of the board of Women of the Wall for more than 25 years. She works as the senior program officer at the Moriah Fund, a private American foundation, and as a philanthropic consultant advancing equality between Arab and Jewish citizens. She lives in Jerusalem.