Samar Hazboun holds a masters degree in Photojournalism from the University of Westminster, a BA in International Relations, and a degree in Photo and Video Therapy. In 2019, she was a mentor for the Canon education program in Italy. In 2018 she was chosen for the JS Masterclass for the World Press Photo. She worked as a Middle East Photo Editor for AFP for over 4 years before embarking on a freelance career, working for organizations such as UNWOMEN, UNFPA, and Alianza Por Solidaridad, alongside teaching BA students at the Dar Al-Kalima University College. She’s been published by the New York Times, Al-Jazeera, The Intercept, and El Pais, among others.

Samar won the Self-Portrait category in the 11th Pollux award. She was awarded grants by the Magnum Foundation, AFAC, and the Prince Claus Fund. She was also awarded the Khalil Al-Sakakini award for her project Hush – Gender based violence in Palestine. 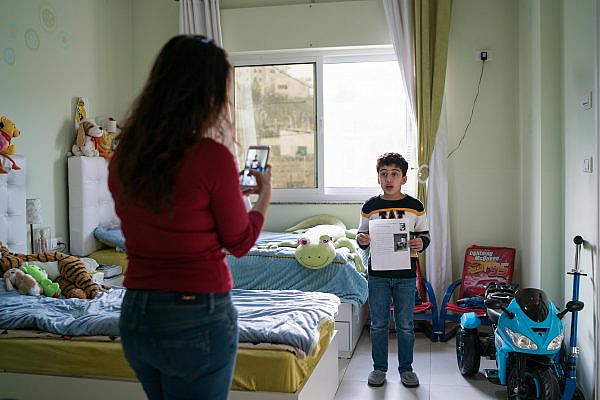 Coronavirus lockdown turns Bethlehem into a ghost town
A vendor struggles to sell his rotting produce. A mother juggles working from home while homeschooling her children. Stories of how the city is coping under the coronavirus lockdown.
By Samar Hazboun March 13, 2020
Most Read
Get Our Weekly Newsletter