While counterintuitive, liberal Zionists may be best able to achieve their goal of a just peace by joining forces with the BDS movement. Both groups stand to benefit enormously. 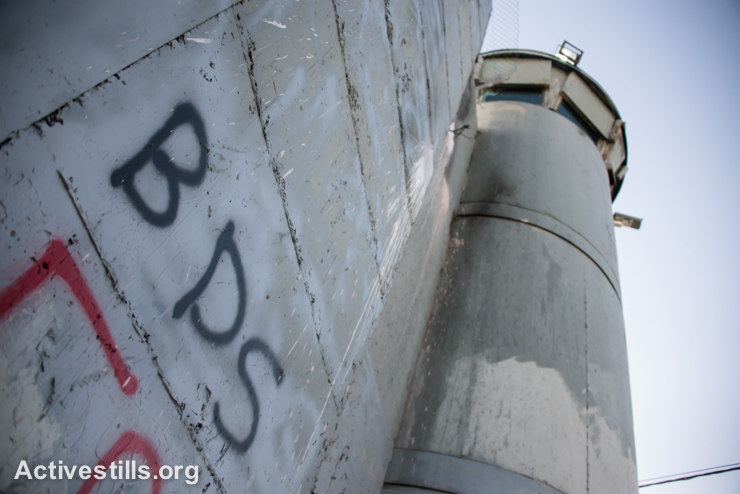 The Boycott, Divestment, and Sanctions movement (BDS) is arguably one of the most significant developments in the Israeli-Palestinian conflict since the Oslo Accords were signed nearly a quarter century ago. The Palestinian-led movement calls upon the international community to boycott, divest from, and sanction Israel until three demands are fulfilled: an end to the almost 50-year-long occupation of Palestine, full equality for Palestinian citizens of Israel, and the implementation of the right of return for Palestinian refugees. Needless to say, everything about BDS has been controversial from its inception.

Predictably, the most sustained opposition to the BDS movement has been from the State of Israel and its supporters abroad. One swath of the pro-Israel community, however, has been largely unaccounted for: so-called liberal Zionists, who support Israel but criticize its policies toward the Palestinians. While this group is ideologically diverse, what unites it is a basic belief in the justness of Zionism and a belief that Israel’s policies are what stand in the way of a just peace. Liberal Zionists have often criticized Israel strongly, especially in the aftermath of Israel’s assaults upon Gaza in the past decade.

For all that, excepting a few outliers, most liberal Zionists strongly oppose BDS, which they view as anti-Zionist, biased against Israel, and sometimes as fomenting anti-Semitism. In an oped in +972 Magazine earlier this week, however, Abe Silberstein argued that Liberal Zionists can adopt and adapt certain tactics of BDS, namely a targeted boycott only of settlements, without targeting or punishing Israel within its pre-1967 borders. But that is a minority position within a minority position.

While counterintuitive, liberal Zionists may be best able to achieve their goal of a just peace by joining forces with the BDS movement. Both groups stand to benefit enormously from such a collaboration. That said, the obstacles to such cooperation are formidable. Though BDS is a ‘big tent’ movement, admitting a diversity of viewpoints regarding the ideal situation in Israel/Palestine, the most prominent BDS advocates tend to support a one-state solution and are implacable foes of Zionism.

Moreover, the BDS movement, largely incapable of inflicting significant economic damage upon Israel, tends to focus its efforts on academic and cultural boycotts, which are divisive and have sometimes led to charges of anti-Semitism. For instance, in 2015, Matisyahu, a Jewish-American recording artist, was targeted for a BDS action when he was slated to play a music festival in Spain on the basis of his ideological support for Zionism. Valid or not, the combination of anti-Zionist ideology and an atmosphere that even appears to tolerate anti-Semitism at times has led most liberal Zionists to hold the BDS movement at arm’s length.

Things don’t have to be like this. In fact, many of the most objectionable features of the BDS movement would be ameliorated through the decisive intervention of liberal Zionists. And with the added weight of liberal Zionist voices, BDS could have a greater impact on those forces helping perpetuate the Israeli-Palestinian conflict.

By providing an example of what a humane, tolerant Zionism looks like, liberal Zionists will be able to win hearts and minds, blunting the delegitimization of the State of Israel. Liberal Zionists and their allies within BDS would also be able to more effectively counter the toxic anti-Semitism that at times finds a breeding ground among BDS supporters, allowing pro-Palestinian voices to make a more effective appeal to the Jewish community and the world at large.

Finally, liberal Zionists would be able to contribute to the debate regarding the best way to achieve the goals of the BDS movement, positioning themselves to argue more effectively for the practicality and justice of a two-state solution.

The BDS movement, too, stands to gain quite a bit from allowing liberal Zionists into its ranks. The BDS movement’s victories are mostly of the symbolic variety. Whether the boycott of academic and cultural figures constitutes sound strategy is a question upon which reasonable people can disagree, but no one can deny that such measures aim to change the discourse around Israel/Palestine, not the material reality.

When BDS does manage to inflict tangible economic damage upon Israel, it is usually by convincing businesses to withdraw from the occupied territories, usually alighting to Israel proper — so-called Zionist BDS in effect, if not in intention. The participation of liberal Zionists in the larger BDS movement would put more weight behind these scattered economic victories and temper reliance upon the boycott of academics and cultural figures in raising awareness on the issue.

Most importantly, such a union would provide a unique opportunity for building solidarity between two communities who will have to live with one another, whatever the resolution to the conflict may be. Such solidarity may be almost impossible to build in Israel/Palestine in the short term, but organizing together against the occupation in the diaspora can jumpstart some of the more difficult conversations necessary for a coexistence that is more than mere tolerance.

Ahmed Rizk is a writer based in Washington, DC. The thoughts and opinions expressed in this article do not represent those of his employers. Follow him on Twitter at @tiefeewigkeit.