Members of Knesset and labor activists from Hadash hand out flowers and workers’ rights pamphlets to Palestinian laborers as they exit an Israeli military checkpoint. 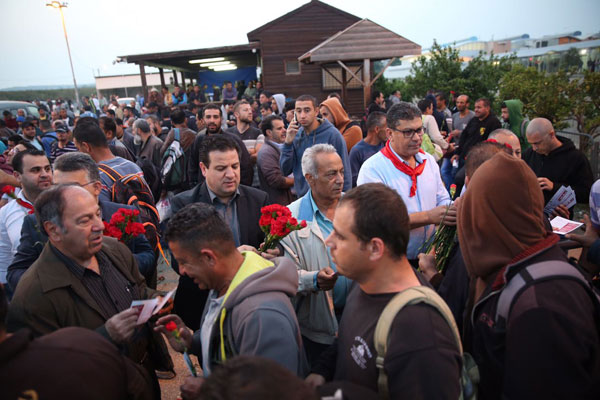 Hadash members and MKs hand out flowers to Palestinian laborers at the Eyal checkpoint. (Courtesy)

Palestinian workers coming into Israel through the IDF’s Eyal checkpoint Thursday morning probably didn’t expect to be handed flowers by members of Knesset.

But that’s exactly what happened at 5 a.m. in one of the busiest checkpoints for Palestinian laborers who cross into Israel each morning for work. At the crack of dawn, three Hadash MKs from the Joint List, along with members of the Hadash caucus in the Histadrut labor federation, stood outside the checkpoint and handed out red flowers and pamphlets explaining workers’ rights in Israel.

The May Day event was held a few days early because Memorial Day in Israel falls on May 1 this year, with the latter marked according to the Jewish calendar. 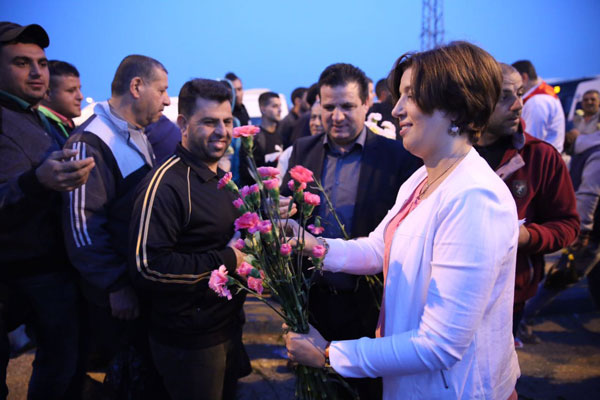 Hadash members and MKs hand out flowers to Palestinian laborers at the Eyal checkpoint. (Courtesy) 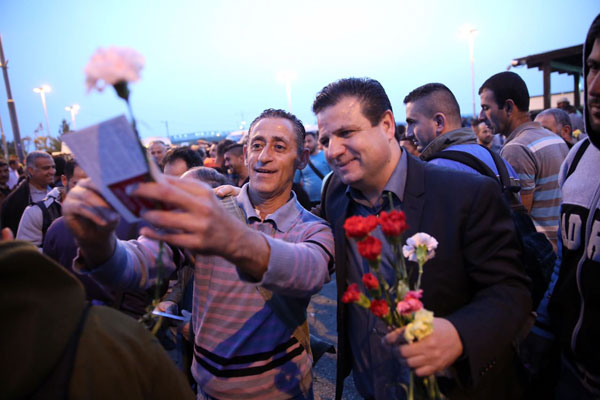 Hadash MK Ayman Odeh hands a workers’ rights pamphlet and a flower to Palestinian laborers at the Eyal checkpoint. (Courtesy)

Tens of thousands of Palestinians pass through IDF checkpoints every day to reach their workplaces in Israel, and many others find circuitous ways of entering the country to make a living. In order to get to work on time, many are forced to leave their homes at 2 or 3 a.m. to wait in long lines at the checkpoints, and once they are through, board buses that take them into the Israeli cities where they work, often in construction.

At the Sha’ar Ephraim checkpoint, not far from Eyal, Palestinians launched two workers’ strikes in recent years in protest of their treatment by the private company to which the Israeli army outsourced the checkpoint’s operations. Both strikes were successful: by refusing to pass through the checkpoint, and thus not showing up for work in Israel, the Palestinian workers compelled the authorities to improve conditions at the checkpoint. (See the video below.)

Palestinian laborers notched another victory this past year, successfully reaching a collective bargaining agreement with a large mechanic shop in the Mishur Adumim settlement. The workers, organized by the Ma’an union, faced serious obstruction and union busting by management, who went so far as to get one organizer’s entry permit revoked by the army in order to stop him from speaking with other workers. 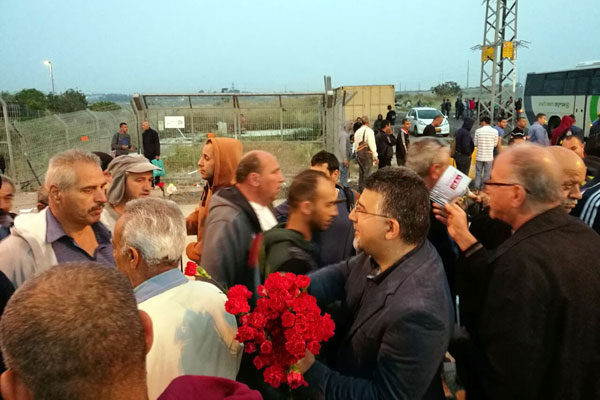