The settlements are a moral and practical disaster, but they are the symptom rather than the cause of Israel’s ills. This is the second in a series of three posts, examining arguments, which have resurfaced following the Carmel fire, that assign the blame for Israel’s problems to the ultra-orthodox or the settlements. To read the first post, dealing with the ultra-orthodox, click here. The third and final post will examine the myth of Israel’s “silent majority” of “responsible citizens”. 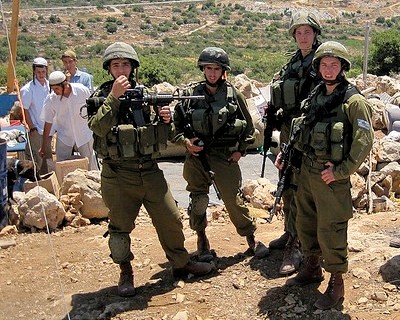 The settlements are a moral and practical disaster. They have already exacted a brutal toll from Palestinians, but eventually, Jews will also pay a price. In the best case scenario, they will suffer a painful dislocation, this time brought on by the actions of a Jewish government. In the worst case scenario, they will become party to heinous crimes against humanity, losing their soul.

For all their importance, the excessive centrality assigned to the settlements, in themselves, is wrong-headed and counter-productive. One of the shoddiest claims relates to their supposed impact on Israel’s fiscal affairs. Bernard Avishai, for example, thinks that Israelis “are rich enough–global enough–to expect to live better than they do; yet their governments keep propping up settlement projects costing up to $20 billion over the years”.

This figure is probably based on a study by the Macro Center for Political Economics, published this march, which estimates the cost of settlement construction over the years at $17 billion. This, of course, does not reflect the full cost of the settlements, which also includes expenses on security, administration, provision of public services etc. Nonetheless, even if this is an underestimate, the scope of spending on the settlements is clearly not one of the major roadblocks for achieving higher standards of living in Israel.

Every year, the Israeli economy produces goods and services of roughly $200 billion in value. Public expenditure accounts for half that sum. In 2003-2010 alone, taxes for the wealthiest Israelis have been cut by $11 billion dollars, while public services have been starved of funds. Several weeks of war in Gaza in late 2009 came with a price tag of over a billion dollars. The Lebanon war in 2006 cost more than three times as much. Against this background, it seems odd to point the finger of blame at the settlements.

The mainstream Israeli left loves to paint the settlers as some demonic force, dragging the “silent majority” of Israelis, kicking and screaming, into an enterprise which they oppose. That is simply not true. The settlements enterprise was created by non-settlers, who run and control it to this very day. They lure some of Israel’s weakest populations (including the ultra-orthodox) there with benefits which have long been slashed in other parts of the country. Then, they use those populations as part of a long geo-political game.

One of the crucial elements of this game is that the settlements are a useful foil for Israeli policy. When Israel is faced with a demand to withdraw from the Palestinian territories, it raises the settlements as an obstacle, as if it was not the one which continuously expands them. If the international community wants a settlement freeze, well, it is those crazy settlers again who stand in the way of official Israel’s eagerness to comply. Palestinians are attacked and intimidated? We immediately promise to find the terrible settler hoodlums and put them in prison (or not).

When it is serves its policy goals, the government (including people who were once the settlers’ champions) can pretty easily dump the settlers, as happened in the evictions of outposts and settlements in the West Bank and Gaza. Even then, the settlers play a useful role, when their fierce resistance paints Israel’s actions as courageous, and provides it with a further excuse to avoid concessions in the future. Surely, the settler leadership has influence within the Israeli system, and has reaped benefits from this closeness. Yet, again and again, it has proven powerless to stop policies desired by the truly powerful groups within the establishment.

The lure of the settlements myth has proven particularly dangerous on the world stage, where American administrations from Bush senior to Obama have been obsessed with it. Their approach is premised on a contradiction. If Israeli governments are willing to make concessions to Palestinians, the first thing they would do is stop the settlements. And if they are not willing to make concessions, that is the problem, and no settlement freeze would solve it.

Americans are pursuing this policy because they have been taken in by the proposition that the settlements are an independent force within the Israeli system which governments are afraid to oppose. This makes the issue seem like a test of the Israeli government’s mettle, and a reassurance to the Palestinians. In facr, it serves as a convenient distraction for Israeli decision makers who want to avoid painful concessions.

But if it is not the settlements, and not the ultra-orthodox, who carries the blame for Israel’s follies and woes? Bernard Avishai inadvertently provides the answer. More on that in the upcoming third and final post of this series.

Read more about the Carmel Forest Fire:
The Carmel Disaster: My forest is on fire , by Ami Kaufman
Israel’s deadliest fire: Eli Yishai must go , by Noam Sheizaf
Carmel fire: the price of the treasury’s policy , by Yossi Gurvitz
What are Israel’s priorities in time of natural disaster? , by Joseph Dana