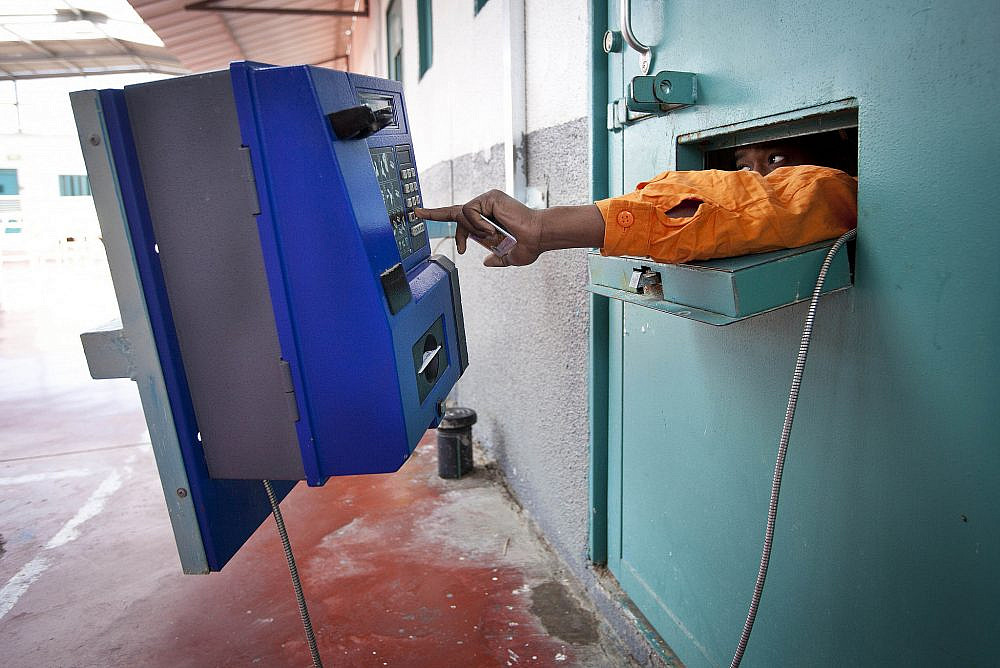 New emergency regulations issued by Israeli Prime Minister Benjamin Netanyahu to combat the novel coronavirus prohibit Palestinian political prisoners from meeting their lawyers or receiving family visitations. The decision, announced on March 15, determines that political prisoners, who are usually denied the right to use phones in prison, can only consult with their attorneys over the phone in the event of an upcoming court hearing. The order is in effect for a month, but can be renewed as required for month-long intervals at a time.

In effect, this decision prevents thousands of inmates, including child prisoners, from receiving legal counsel or filing petitions and complaints against their terms of imprisonment. With family visits also canceled, prisoners are now completely cut off from the outside world.

As of February, around 5,000 Palestinians are locked up in Israeli prisons, including 430 in administrative detention.

“You can’t deny prisoners their rights absolutely only because of fear of a pandemic,” said Attorney Abeer Baker, an expert on incarceration who represents criminal and political prisoners. “They are entirely disconnected, and it can continue this way for months.”

While criminal prisoners can regularly use public phones in prisons, the same cannot be said for political prisoners. Meeting with lawyers is therefore one of the only ways that prisoners, many of whom have been locked up for years, can communicate with the world.

Meetings are also how lawyers can learn about the conditions inside the prisons. “We have no idea what’s going on in the prisons. The situation is very worrying,” said Sahar Francis, the director of Addameer, a nonprofit supporting Palestinian prisoners. “Now, we can’t hear their complaints about the state of health, mistreatment, or torture.”

More rights risks during an emergency

As of March 15, all court hearings have been delayed by one or two months, except for administrative detainees and remand hearings for suspects either in interrogation or held without charge. On Tuesday, the government issued further restrictions by barring prisoners from appearing at their detention hearings, which now only their lawyers can attend. 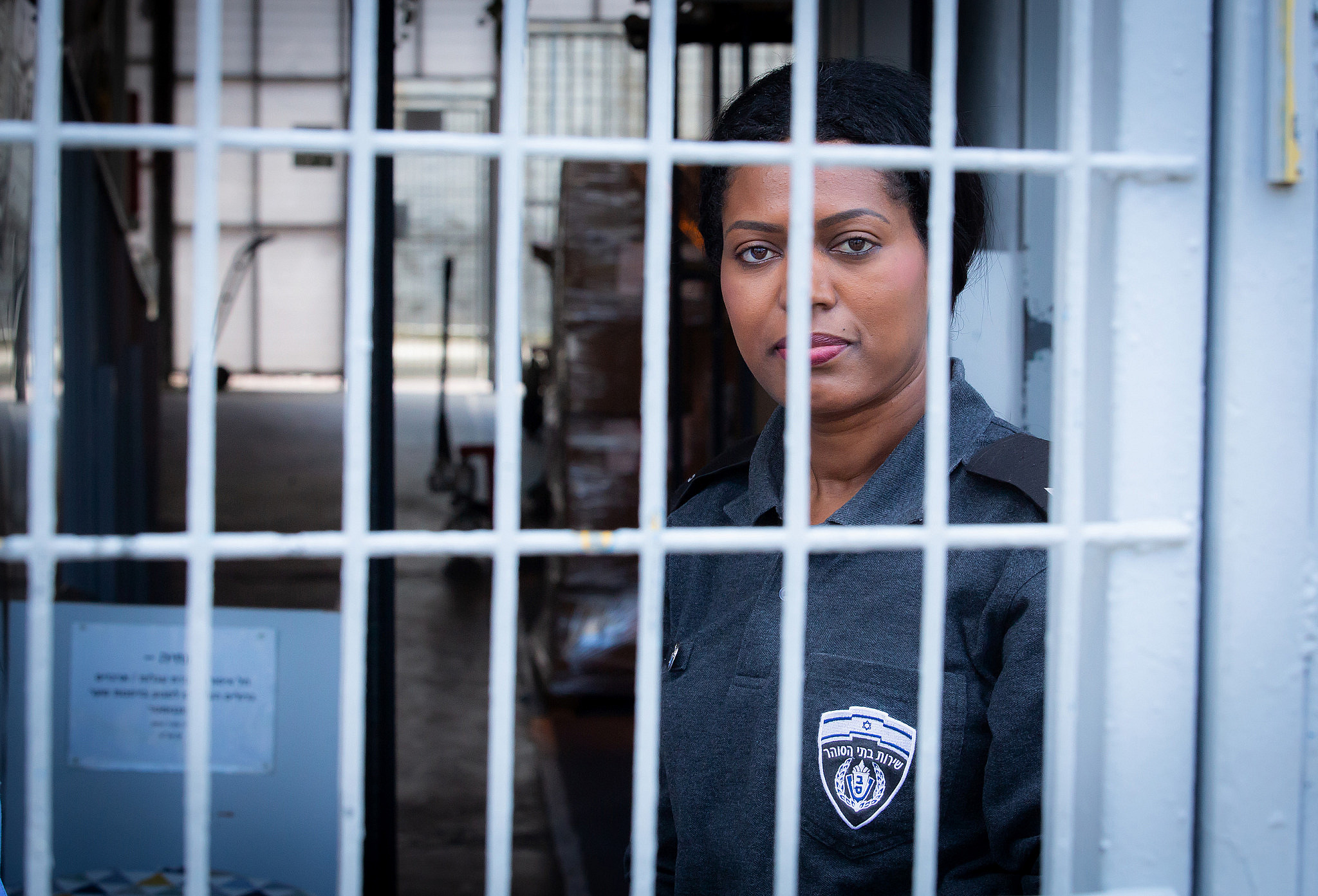 “All prisoners should be allowed to speak with their lawyers on the phone every day, and with their families at least once a week, just as criminal prisoners do,” said Baker. “The system will not collapse because of it.” The public defender’s office, Knesset members, and human rights organizations should call for visitations in all prison departments, she added, despite their closing under the new safety restrictions.

“Given the current situation, everyone just assumes that this supervision is impossible,” continued Baker. “But you can’t lock people up without any monitoring and without giving them an ability to voice complaints. It’s delusional, because it doesn’t seem like a temporary measure.”

If an inmate approaches the prison service and asks to contact their lawyer on the phone to file a petition for any reason, their request is likely to be denied because the procedure does not apply yet, explained Baker. “Even on normal days, many prisoners are denied family visitations, and it takes time before I hear about it. By the time I arrive at the prison to settle the issue, the problem is a thing of the past.”

Anat Litvin, the director of the prisoners and detainees department at Physicians for Human Rights-Israel, said access to legal counsel is a right that prisoners should have at all times. “Prisoners should be able to issue complaints over their treatment on a regular basis, especially at a challenging time that opens a possibility for their rights to be abused,” she said. “Prisons are closed institutions that are run entirely by the prison service. There are always risks of rights violations, but even more so during an emergency.”

Those hit hardest by the new regulations are the 180 Palestinian minors who are locked up in Israel, explains Moria Shlomot, an attorney and member of the Parents Against Child Detention movement. “Even on normal days, their rights are extremely restricted. Some are as young as 12 years old, and are already in a situation of uncertainty, which has only intensified now.” 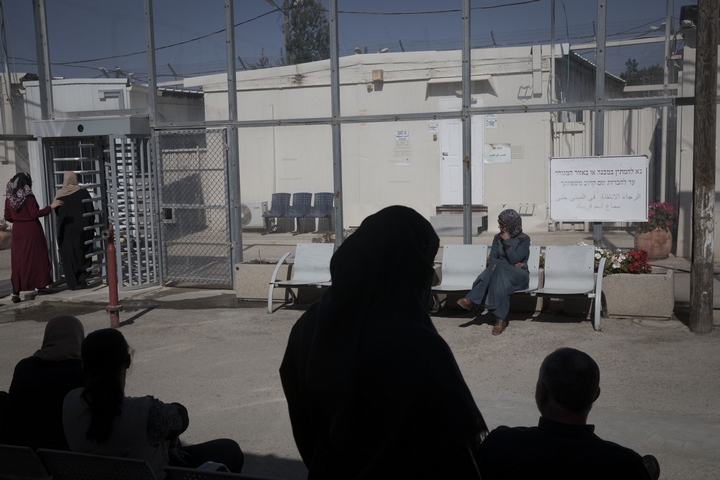 “We are all anxious about the pandemic,” continued Shlomot, “and child prisoners don’t have any grown-ups to talk to, now that family and attorney visitations have been canceled.” She added that the prison service should allow minors to contact their parents over the phone or through other technological means that would allow them to see their families.

Shlomot said she understands the health concerns behind the regulations, “but these measures are still cruel. Adults should be allowed to check in on child prisoners at least once a while.” Parents Against Child Detention has contacted the Israel Prison Service and the Knesset’s Special Committee for the Rights of the Child on the matter.

Other than isolating prisoners from the world, rights organizations are also concerned that prison conditions could lead to a severe coronavirus outbreak in the facilities. After Israel’s top court ruled in 2017 that prison conditions in Israel must be improved, hundreds of prisoners were granted administrative release to alleviate overcrowding. Political prisoners, however, still face harsh conditions.

The Public Committee Against Torture in Israel (PCATI) contacted the prison service on Tuesday, demanding that they ensure the health and safety of inmates. “Prison cells, under the existing conditions, do now allow a 2-meter distance between each prisoner, as per the Health Ministry’s guidelines,” they wrote.

The organization highlighted its concerns over isolating prisons from the world, and that the emergency regulations would lead to a severe violation of prisoners’ rights in general but particularly of political prisoners.

“Prisoners are already at a high risk of contracting the disease, since many of them are older adults and/or suffer from chronic illnesses, and are incarcerated in overcrowded spaces” the letter stated. PCATI demanded an increase in the supply of sanitary products to prisoners, as well as access to other products that could help prisoners combat the virus.

The group also inquired about quarantine conditions at the prisons, should the need arise, and demanded that quarantine not be used as a punitive measure. Even among the civilian population, the 14-day quarantine period is a difficult but necessary measure to maintain public health; for prisoners, this requirement is even more challenging, wrote PCATI.

“As such, it is especially important that the prison service take steps to ensure that prisoners spend time in quarantine in a meaningful way. Protecting prisoners’ physical health is no less important than maintaining their mental health,” the letter continued.

Addameer also contacted the prison service last week, asking for clarifications as to the steps it will take to ensure the safety and hygiene of overcrowded prisons, and to inquire whether prisoners were given any information on how to tackle the pandemic. They have yet to receive an answer.

This week, the Israeli Association of Public Health Physicians called for transparency in the authorities’ actions. The group claimed that “decisions must be made on a professional and transparent basis, while informing the public in a correct manner. Failing to present the data informing the decisions being made harms public trust. The lack of a transparent process, including parliamentary supervision, injures the public’s trust and as such also the public’s health.”

According to Litvin, the same is also true of prisoners. “It would have been great if the prison service would have published detailed guidelines on how they plan to fight the pandemic and the resulting changes, to inform prisoners and their families.”

In the state of Ohio in the U.S. and in Iran, prisoners are being released to relieve overcrowding and prevent the rapid spread of the virus., with other countries considering similar measures. In Israel, however, it seems the idea is not at all on the table. “There are many administrative detainees — people who are held as a ‘preventive’ measure. Israel should consider releasing them,” said Litvin.

The Israel Prison Service did not respond to a request for comment.