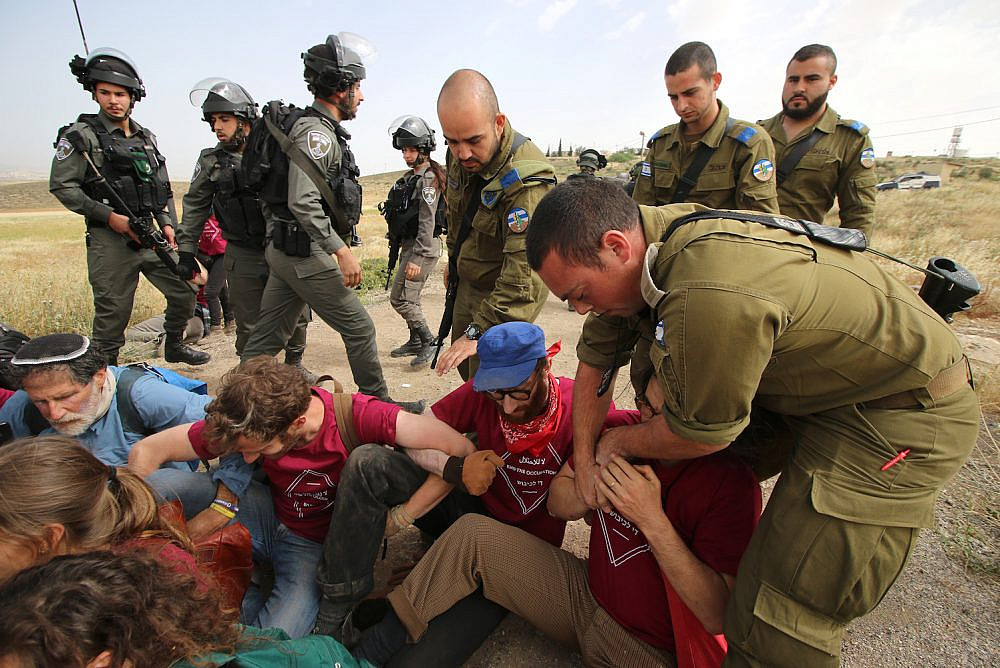 A few weeks ago, my colleague Amjad Iraqi took to these pages to talk about the death of F.W. de Klerk, the last president of apartheid South Africa. A week after his death, I found myself in South Africa, where hardly anyone I spoke to was concerned with de Klerk’s passing. Instead, I met with activists of all colors who either fought against the apartheid regime or are fighting against its legacy, which has left South Africa one of the most unequal countries in the world.

On my flight back, I listened to a 2017 recording of +972 founder and contributor Dahlia Scheindlin interviewing Albie Sachs on the Tel Aviv Review podcast. Sachs, a Jewish South African jurist, was an anti-apartheid dissident who survived a bomb attack by the South African authorities and helped craft the country’s first democratic constitution after the fall of the racist regime. In the interview, Sachs spoke at length, among other things, about his role in the struggle, the inequalities that continue to plague his home country, and the conditions that made it possible for some whites to ally themselves with the liberation movement.

One of the most fascinating parts of the conversation was when Sachs suddenly pivoted to Israel-Palestine. Although a white man fighting against a white regime, Sachs said that he did not feel alone in the struggle, and that many whites who weren’t explicitly political expressed their support of him and the movement. In contrast, he told Scheindlin, Israeli Jews who break the Israeli consensus and speak out against the state’s policies toward Palestinians are far more forsaken among their society than he ever was in his own.

Sachs’ words resonated as I landed back in Israel-Palestine to the news that Jerusalem police had repeatedly raided the apartment of a group of left-wing Israelis, after one of them spray-painted graffiti in solidarity with Palestinians from the Masafer Yatta area of the South Hebron Hills, who are pincered between the violence of extremist settlers and an occupying army hellbent on expelling them. Just a few weeks earlier, police detained left-wing activists in Jerusalem for hanging posters in support of Masafer Yatta.

Last week, three other Israeli activists were arrested in the South Hebron Hills following an altercation between Palestinians and a settler who had apparently gone on an errant jog. Soldiers then raided the home of +972 writer Basil al-Adraa, allegedly to search for cameras that included footage of the altercation. They ended up confiscating cameras belonging to Basil, who was in Europe at the time.

The Jewish activists are far from the first Israelis to face the wrath of the authorities for their solidarity — and the price they pay cannot begin to compare to the brutality Palestinians are subjected to on a daily basis. But the intensifying crackdown on anti-apartheid activism of any kind between the river and the sea is both a harbinger and a reminder, as per Sachs, of how little support we have from our own society.

It wasn’t always like this. Yet over the past decade, the Israeli right under Netanyahu succeeded in mainstreaming its hatred for the left, labeling anyone who disagreed with their colonial policies as a “traitor.”

Today, however, much of that hatred has been diffused into indifference. The majority of Jewish Israeli society cares neither about Palestinians under threat of violent expulsion, nor the fate of the very few Israelis who are trying to stop it, breeding the kind of loneliness that even whites fighting against South African apartheid say they did not feel. The fact that the new Bennett-Lapid government has so far refrained from engaging in the kind of anti-leftist incitement that defined Netanyahu’s reign has not curried dissidents any favor among the public.

And yet, like in South Africa, it is encouraging to witness the growing, global movement that is no longer willing to remain silent about Israel’s regime. For many Palestinians and Israelis here struggling on the ground, the knowledge that our words are able to reach and activate people across the world doesn’t just fill me with hope: it reminds us that we are far from alone.

From The Landline, +972’s weekly newsletter. Sign up here.