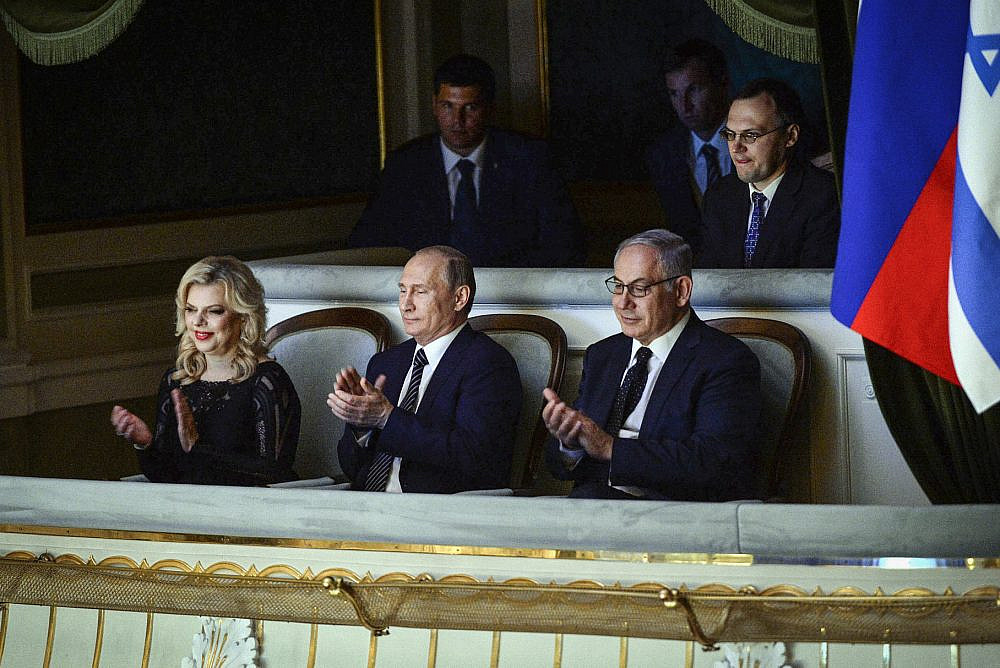 A little over a month into Russia’s invasion of Ukraine, Israel remains very much on the fence as far as the war goes. While the government has issued a number of mild statements in support of Ukrainians, it has denied Kyiv’s requests for military support while trying to maintain good relations with both the victim and the aggressor, allowing Prime Minister Naftali Bennett to serve as an occasional go-between for Vladimir Putin and Volodymyr Zelenskyy.

According to the official narrative, Israel has to maintain a level of neutrality in this conflict out of consideration for Russia’s Jewish population, which numbers around 180,000 people, and to allow Israel the freedom to attack military targets deep in Syria, with Moscow’s approval (the repeated violation of Syrian sovereignty is seen as a given by Israel, though it is precisely this kind of violation that the world is now trying to stop in Ukraine).

In truth, however, Israeli interests in this war far exceed these short-term considerations and lie in deeper questions of international laws and norms. While most Western governments denounce Russia for its brutal attack on a neighboring country, Israel has an inherent problem speaking out clearly against the occupation of another people’s land and sovereignty. It cannot wholeheartedly join sanctions against Russia or denounce its war crimes while concurrently leading a diplomatic campaign against the Palestinian-led Boycott, Divestment, and Sanctions Movement, or against proceedings in the International Criminal Court regarding suspected crimes committed in the context of Israel’s military occupation.

The war on Ukraine is compelling the international community to reckon with the consequences of allowing powerful countries to openly challenge international law without being met with sanctions. Such was the case with the U.S. occupations of Afghanistan and Iraq; such is the case with the current wars in Syria, Yemen, and Ethiopia; and such is the case with Israel’s 55-year occupation. It is this potential moment of reckoning that Israel is trying to evade, because it recognizes that it may be branded as another Russia.

Israel has long known that in order to avoid being held accountable for its crimes against Palestinians, it needs strong political allies. In the current world order, the most effective pressure on Israel would have to come from the West — but we are still very far from that point, as the United States and Europe have mostly been facilitating rather than inhibiting Israel’s actions. Nonetheless, the fear that views of Israel were beginning to shift in the West motivated former prime minister Benjamin Netanyahu to spend much of the last decade in forming an alliance of right-wing and authoritarian governments, including Brazil, Hungary, India, China, the Philippines, and of course, Russia.

In an attempt to offer an alternative to liberal democracy and international law, Netanyahu wanted to make sure that if Israel were ever sanctioned by American or European powers, it would have auxiliary markets and suppliers who don’t even bother to pay lip service — as the West does — to Palestinian rights. The last of Netanyahu’s triumphs in this field, facilitated by President Donald Trump, was the signing of the Abraham Accords, adding Arab Gulf states to the long list of authoritarian countries who choose Israel over Palestinians. This regional realignment was on full display on Sunday, when Israel hosted leaders from the United Arab Emirates, Bahrain, Egypt, and Morocco in the so-called Negev Summit.

This anti-liberal axis has outlived Netanyahu, and now, as the Bennett-Lapid government refuses to condemn Russia, it is operating with the same goal and the same loyalties in mind.

This is also the context for the recent wave of reports recognizing the nature of Israel’s apartheid regime, years after Palestinians and South African activists have done so. In the past two years alone, these have included Israeli human rights groups Yesh Din and B’Tselem, the international organizations Human Rights Watch and Amnesty International, and just this week, the UN Special Rapporteur on the occupied Palestinian territories.

Arguably the central tipping point for these reports can be found in the Israeli decision, emboldened by the new illiberal alliance, to openly oppose the two-state solution in words as much as in deeds. Whereas a decade ago, the international rules-based order mandated that Netanyahu at the very least pay lip service to this solution (such as in his 2009 Bar Ilan speech), by 2020, the existence of the new authoritarian axis allowed the prime minister to publicly move toward formally annexing large swathes of the West Bank.

Here, too, Netanyahu’s legacy lives on with his successors: Lapid and Bennett regularly declare that there will be no negotiations with the Palestinian Authority beyond security and economic coordination, and that while Israel will not push for de jure annexation, they view the “status quo” of occupation, siege, and apartheid as the basis for a long-term solution.

For three decades, Israel was able to push back against international criticism by using the feeble excuse of “peace talks,” while entrenching its rule over Palestinians on the ground and carrying out de facto annexation of their land. The Netanyahu project sought to undermine the legal world order to the point that he could remove Israel’s mask without paying a price. As the former prime minister himself once said, “They [the world] will become more like us than we will become like them.” The great tragedy is that he was right. And now, as Israel chooses to be silent on the occupation of Ukraine, it is doing so to ensure that “they” continue to look “like us.”