Professor Asa Kasher, whose code of ethics for the IDF found expression in the devastation of the 2014 Gaza war, is set to decide what lecturers at Israel’s universities and colleges can and can’t say. 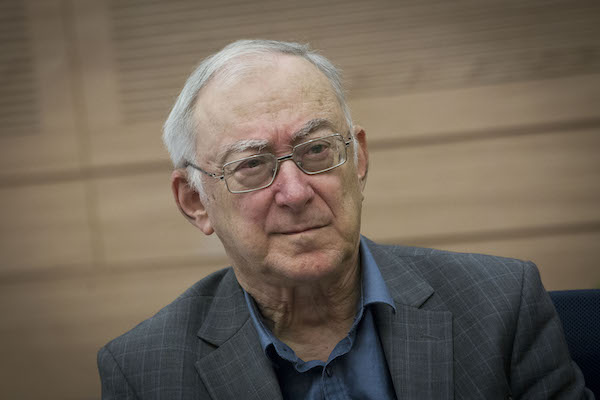 Education Minister Naftali Bennett intends to lay down new “ethical rules” for what lecturers at Israel’s centers of higher learning can and can’t say regarding politics, Haaretz reported on Thursday. The move is the latest in a long line of Bennett initiatives aimed at making Israel’s academic institutions more right-wing, more Zionist and more — as he would see it — loyal to the state. Israeli lecturers, spooked by the prospect of further censorship in an already-hostile environment for left-wing academics, have already started a petition against the new proposal.

With principals being threatened by the Education Ministry for inviting Breaking the Silence representatives to speak in their classrooms; teachers being hounded for criticizing the Israeli army; and books being banned in high schools for depicting a Jewish-Arab love story, this new initiative is worrying enough on its own. But it’s made even more sinister by the man Bennett has tapped to draft the rules: Professor Asa Kasher, the Israeli army’s former in-house “ethicist.”

Kasher’s name popped up across the international press in the summer of 2014, when the high civilian death toll in that year’s Gaza war prompted scrutiny of the Israel Defense Forces’ rules of engagement. Kasher acknowledged that his premise of putting the lives of “our” soldiers above those of “their” civilians (which runs contrary to international law) had largely been internalized by the military in Gaza — most clearly seen in the mass destruction caused by artillery shelling — and declared himself pleased with the IDF’s conduct during the war.

Israel’s newspaper of record — as far as the increasingly anti-democratic Netanyahu government is concerned — called the professor “the man who keeps a close watch on our national moral compass.” With Kasher now set to turn that close watch onto Israel’s universities and colleges, +972 Magazine has collected quotes on a range of topics from interviews with the éminence grise of Israeli military ethics.

On the IDF’s conduct during the 2014 Gaza war: “We are fulfilling the ethical requirements… The number of casualties is irrelevant — it does not speak of omissions or any wrongdoing on the part of the IDF.” (Israel HaYom, August 7, 2014) 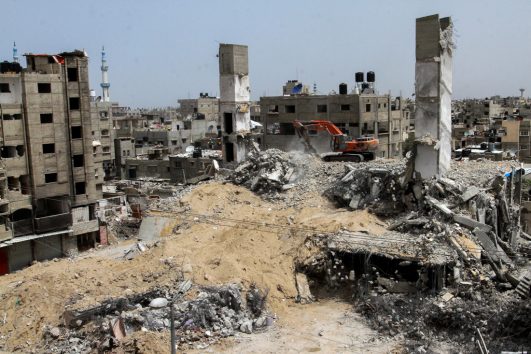 On criticism during wartime: “[It] does not improve anything; it is a bullet in the back.” (Israel HaYom, August 7, 2014)

On international condemnation of Israel’s wartime conduct: “They do not understand anything and they feel the need to express a shallow sort of good-heartedness that has them momentarily identifying with the underdog.” (Israel HaYom, August 7, 2014)

On Palestinian reactions to Israeli military attacks: “If Israel doesn’t fire at them, they’re very happy, and I can understand that. But if Israel does fire on them, and children are hurt, they’re also happy. They celebrate. I believe that these losses destroy the mothers and the fathers. But the community is ostensibly happy: ‘Great, we’ve got something nasty to say against Israel. Israel kills children.'” (Jerusalem Post, April 22, 2011)

On “enemy civilians”: “From the standpoint of the state of Israel, the neighbor is much less important. I owe the soldier more. If it’s between the soldier and the terrorist’s neighbor, the priority is the soldier.” (Haaretz, February 6, 2009)

On proportionality: “The world in general doesn’t have a clue what proportionality is…the numbers of those killed on the other side, that needs to be examined without any connection to how many were killed on our side.” (Jerusalem Post, April 22, 2011)

On the use of the ‘Hannibal Directive’ in Rafah during the 2014 Gaza war: “[IDF Commander] Ofer Winter was right by declaring Hannibal and using a lot of artillery. Killing forty civilians, where your arguments are that you avoided strategic catastrophe, is reasonable.” [Kasher is relying on IDF statistics; the number of Palestinian casualties from the Rafah assault is estimated by external bodies to be between 135 and 200 — n.r.]  (Electronic Intifada, December 31, 2014)

On conducting medical experiments on IDF soldiers: “[O]nly considerations relating to building the force can be taken into account… Some details of an experiment may be hidden from soldiers who have to decide whether to participate in it. Secrecy does not harm the principle of free consent.” (Haaretz, October 3, 2012)

On Breaking the Silence: “It’s an organization for demonizing the IDF… [it] can’t appear before the IDF or in schools.” (NRG, December 28, 2015)