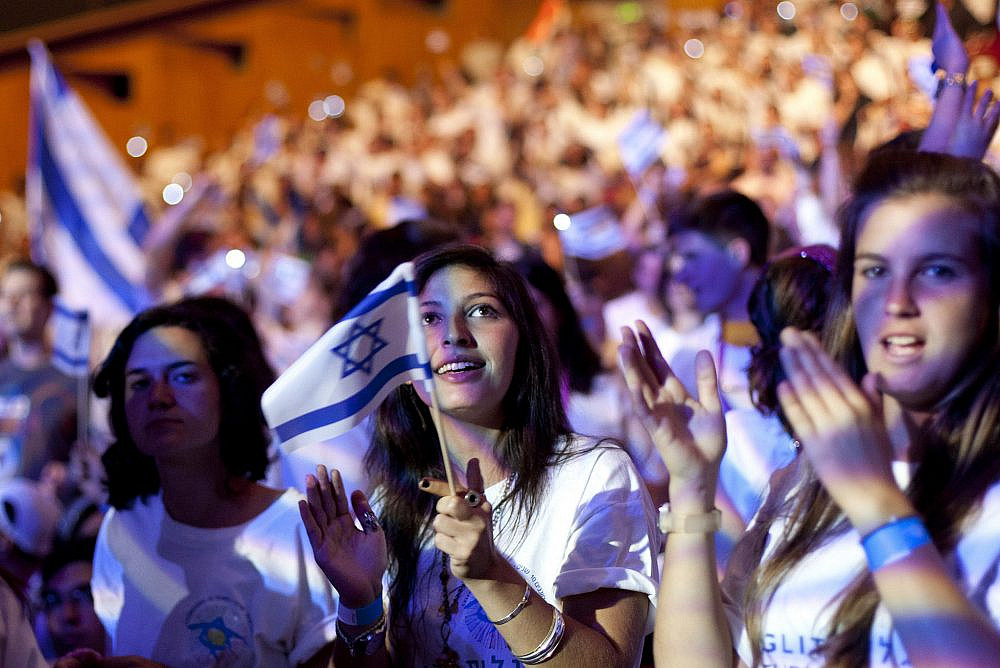 Young Jews from around the world celebrate 10 years of the Birthright program at an event held at the International Conference Center in Jerusalem, May 12, 2010. (Dudi Vaknin/FLASH90)

The Israeli cabinet approved on Sunday a project that could inject up to NIS 100 million [$30 million] toward covertly funding government propaganda in the United States and other Western countries. Led by Foreign Minister Yair Lapid, the initiative is expected to revive a failed plan entrusted until recently to the now-defunct Strategic Affairs Ministry, which closed in 2021. The plan is to transfer money indirectly to foreign organizations that will spread Israeli propaganda in the countries in which they operate, all while hiding the fact that they are backed by the Israeli government.

The project, which was initially established under the name “Solomon’s Sling” and is now known as “Concert,” was supposed to serve as the spearhead of the Strategic Affairs Ministry and change the global discourse on Israel, particularly online. Solomon’s Sling’s mission was vaguely described as a struggle against “delegitimization” of the state through “mass consciousness activities.”

In the original plan, which was revealed in a series of investigations by The Seventh Eye, Solomon’s Sling was allocated a huge budget of NIS 256 million [$80 million]. Half of that amount was supposed to come from the state budget, and the other half from wealthy individuals and foreign organizations, primarily in the United States.

U.S. law regarding donations from state entities requires them to register as foreign agents — a status that has deterred a significant portion of potential donors and partners, thus severely hampered fundraising. The use of Solomon’s Sling, which is listed as a Public Benefit Corporation (PBC) but controlled by government representatives, is intended to allay these concerns.

“The understanding was that it would be easier for them to appear as a PBC than as something that the Israeli government is behind,” explained Ronen Menalis, the former director of the Strategic Affairs Ministry, in a Knesset debate. “In the end, you see a bank transfer from a PBC and not a bank transfer from the Israeli government. That’s the idea.”

Despite the use of a mediating body, donors did not jump on the bandwagon. As a result, the people behind Solomon’s Sling were prevented from utilizing the full amount allocated to them from the state budget. According to recent data from the Foreign Affairs Ministry, Solomon’s Sling was only able to raise NIS 23 million [$7 million] of the NIS 128 million [$40 million] that the state allocated to the project. Given that only a minority of “agents” were willing to take government money to spread propaganda abroad, the hasbara (Israeli state-sponsored propaganda) project never took off.

The guiding principle of using Solomon’s Sling, and in general the hasbara industry’s reliance on civic bodies to disseminate government messages, is that old-fashioned hasbara no longer works. When a diplomat or official spokesperson is placed in front of a camera and asked to deliver the government’s list of talking points to viewers, the viewers recognize that person as a representative of the establishment, causing them to switch off. The same dynamic occurs when state representatives use social media.

In 2015, the government decided to rebuild the Strategic Affairs Ministry, which was an almost empty portfolio, as a versatile and innovative body that would coordinate Israel’s unofficial hasbara activities. Under Gilad Erdan, now Israel’s ambassador to the UN, the ministry built a network of organizations, media outlets, and activists who disseminated political messages on behalf of the Netanyahu government and the security establishment. Some did so out of the government’s budget, others simply out of ideological alignment. 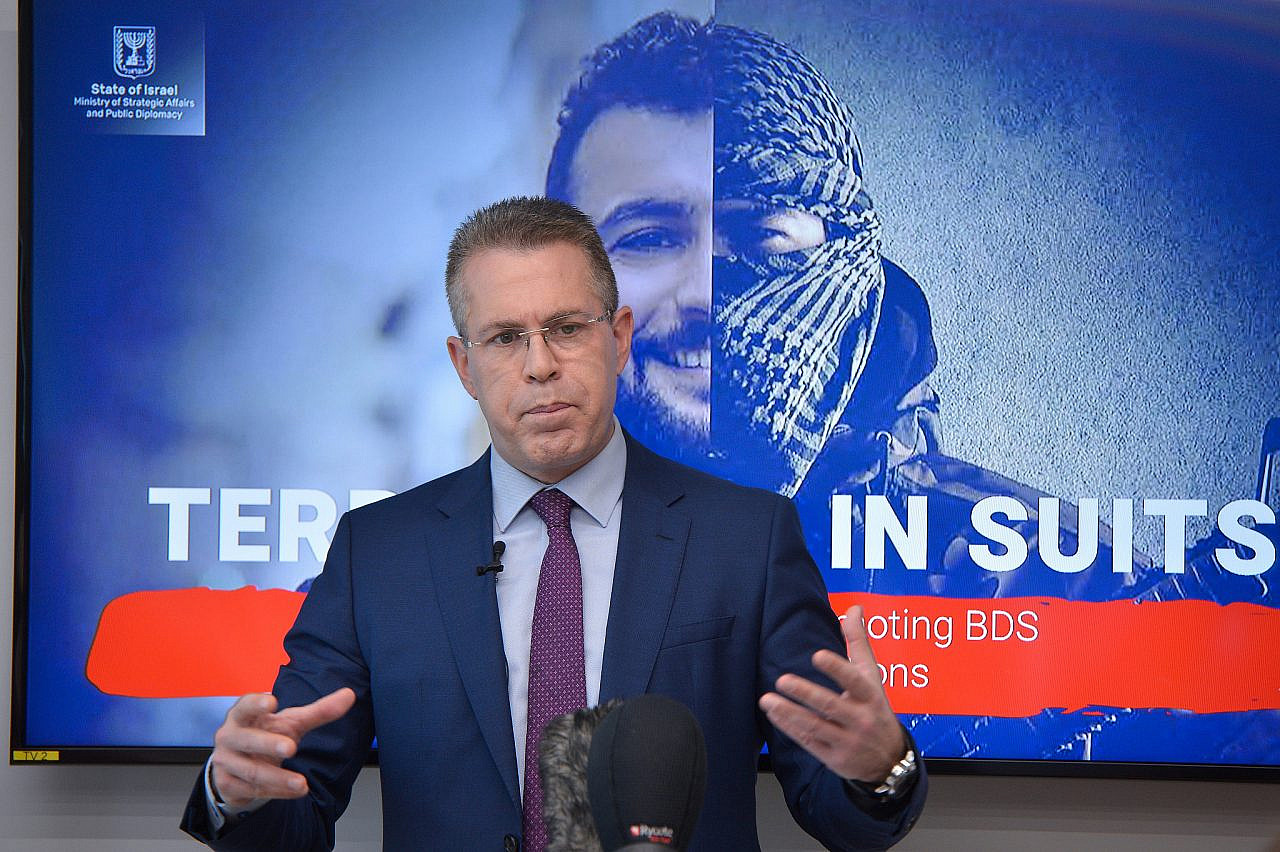 Gilad Erdan, then Strategic Affairs Minister, speaks during a press conference for the foreign media, in Bnei Brak, Feb. 3, 2019. (Flash90)

The common denominator is that in most cases, the fact that the messages are part of a government program was hidden from the intended audience of the propaganda: citizens of Western countries; Israelis and Jews in the diaspora who were asked to collaborate; pro-Palestinian activists; influencers who faced online attacks, and more.

In practice, the campaign ended in failure on most fronts. In July 2021, after the formation of the current government, the Strategic Affairs Ministry was shut down and some of its areas of activity and employees were moved into the Foreign Affairs Ministry. Diplomats believed that the demise of the ministry would also spell the end of Solomon’s Sling after its financial resources had dried up. However, prior to the closure of the ministry, the contract with Solomon’s Sling was extended until the end of 2021, before Lapid extended it again until mid-March 2022.

Lapid now wants to renew the project and enable it to continue operating at least until the end of 2025. According to the proposal submitted to the government, in each of the next four years, the project will be budgeted at NIS 25 million [$8 million] — subject to its staff and Foreign Ministry representatives succeeding in raising an equal amount of funding from non-governmental sources. In total, if the fundraising succeeds, Solomon’s Sling will have about NIS 200 million at its disposal.

A document distributed to the ministers ahead of the vote stated that “the continuation of the project will allow the Foreign Affairs Ministry and the Israeli government to plan and implement in a strategic and structured manner a policy of action for fighting the phenomenon of delegitimization against the State of Israel and for building civil legitimacy in the world.” 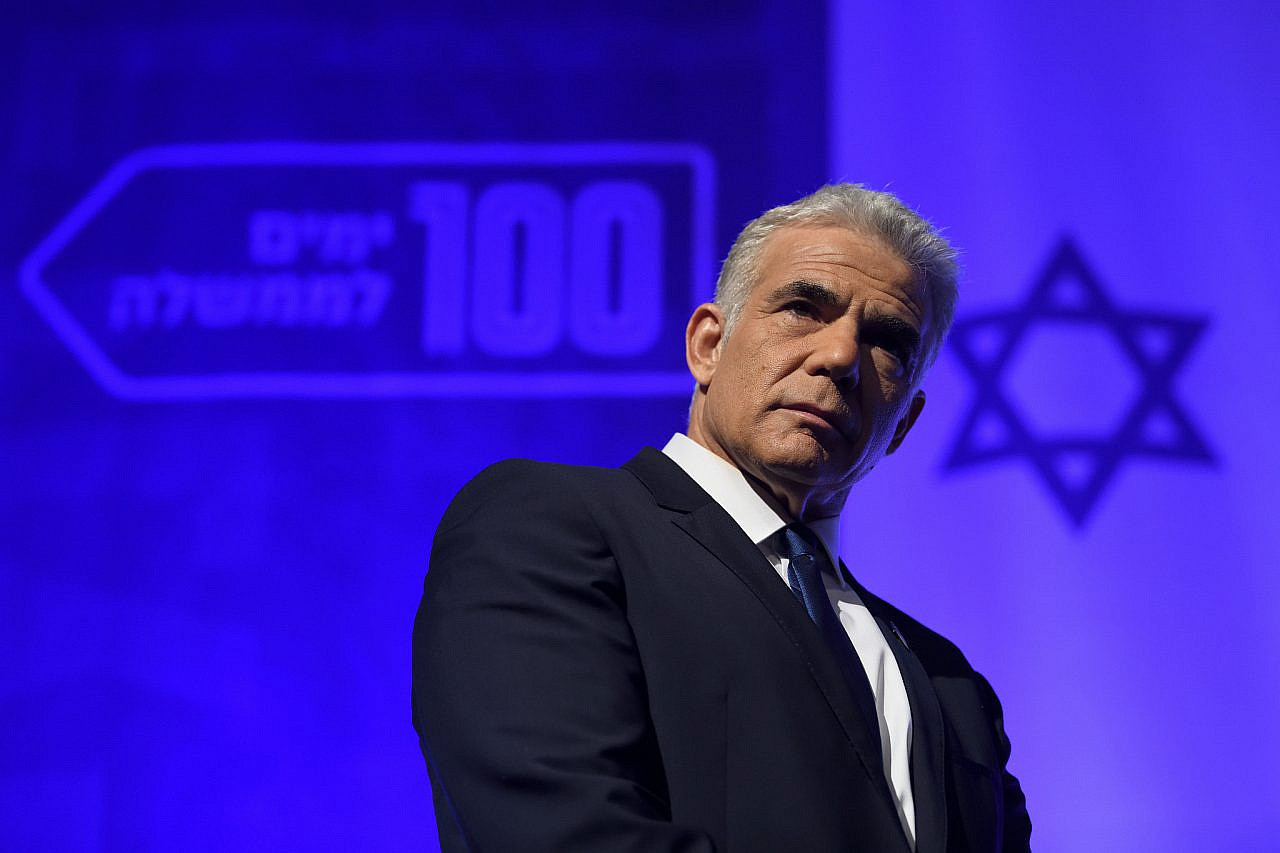 The document also stated that “activities in the coming years will focus on significantly expanding the existing operational capabilities in the arena, initiating and building innovative tools and areas of action, and improving the effectiveness of the activities and efforts of pro-Israeli organizations and bodies in Israel and around the world.”

The Foreign Ministry’s document failed to mention or even hint at the undeniable failure of Solomon’s Sling, as well as the fact that the use of government money to fund covert propaganda has drawn harsh criticism in Israel and abroad.

Foreign Ministry spokesperson Lior Hayat responded on behalf of the ministry: “The Foreign Ministry intends to use the experience and lessons learned in the organization and apply them to improve Israel’s standing through connecting Israeli society with other societies, while promoting partnerships with civil society in Israel and around the world.

“To that end, comprehensive work has been carried out in recent months at the Ministry of Foreign Affairs, and the necessary changes have been made for launching ‘Concert.’ The Foreign Ministry is determined to continue significantly improving how it deals with the world of delegitimization while building on the work done until now by the Strategic Affairs Ministry, seeing clearly the centrality of the challenge we face while integrating political tools with tools from the world of public diplomacy.”