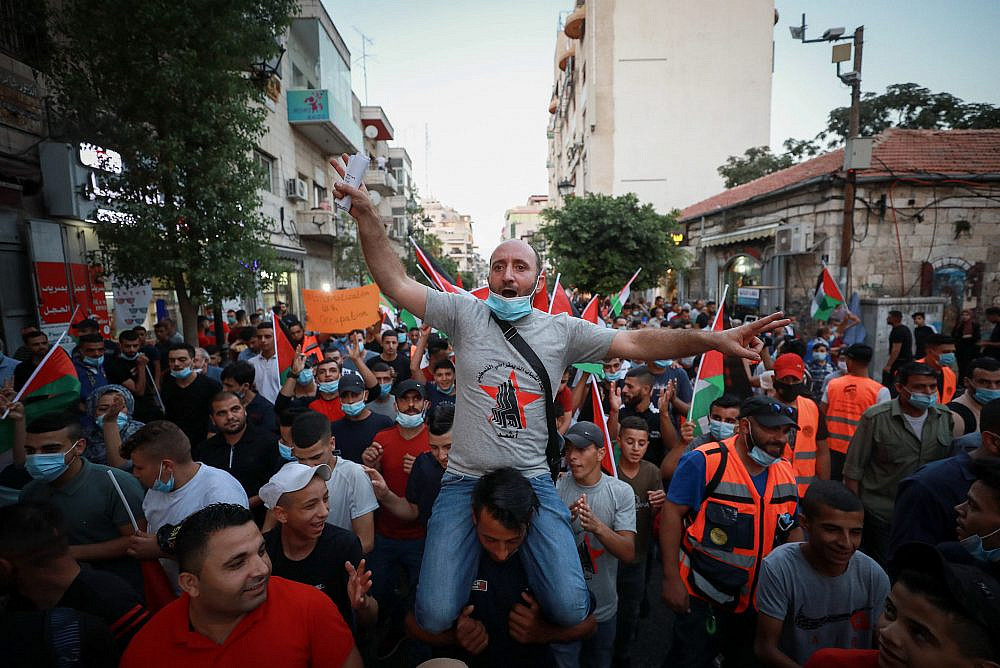 Palestinians protest against the agreement to establish diplomatic ties between Israel and the United Arab Emirates, in the West Bank city of Ramallah, September 15, 2020. (Flash90)

Every time Prime Minister Benjamin Netanyahu gives a speech to the Israeli public about the struggle against COVID-19, he reminds his listeners with great excitement about the so-called peace accords with Arab countries that have never fired a single bullet at Israel.

It seems the normalization agreements with the United Arab Emirates and Bahrain are the solution to the multiple political crises Netanyahu is facing: his failure to manage the pandemic, rising death rates, a crumbling economy, a protest movement that refuses to fade in the face of a nationwide lockdown, and his ongoing corruption trial. This is the rabbit he is pulling out of his hat.

I do not know how many of Israel’s Jewish citizens still believe these stories of “fantastic and historic peace agreements,” or how many of them believe that the dictators of the UAE and Bahrain can erase the Arab world’s opinions of Israel for the past 73 years.

Unlike Palestinian citizens, most Jewish Israelis who long for peace with their wealthy Khaleeji neighbors — while ignoring the Palestinians who live under occupation beyond the separation barrier — lack even basic knowledge of Arabic. Most refuse to speak the Middle East’s most common language, while also celebrating the Jewish Nation-State Law that demoted the official status of Arabic in Israel. Browsing through Facebook and Twitter, it is clear that despite what Netanyahu may have us believe, many citizens of Bahrain and the UAE are not enthusiastic about these normalization agreements. 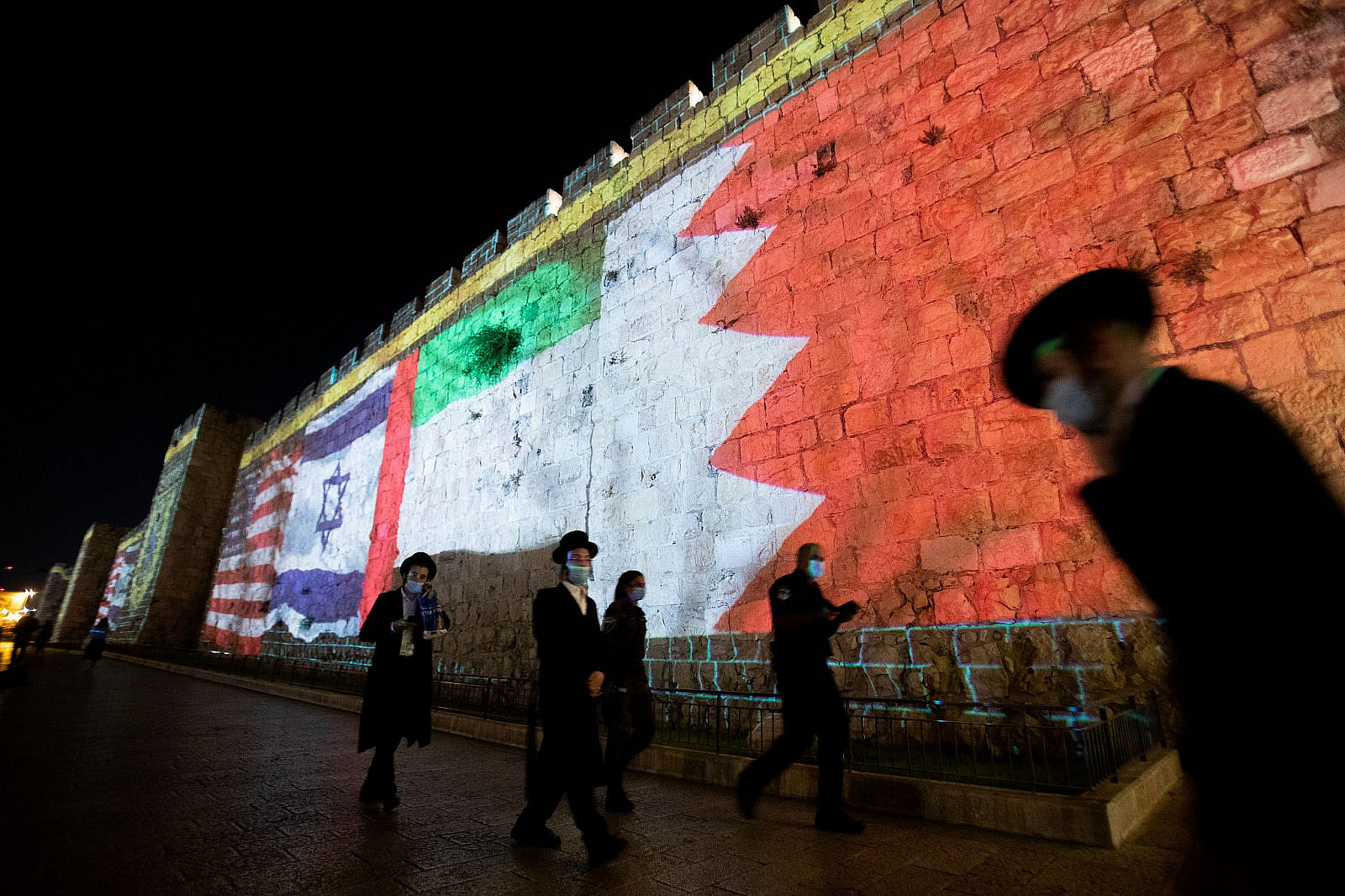 The flags of the United States, United Arab Emirates, Israel, and Bahrain are screened on the walls of Jerusalem’s Old City, September 15, 2020. (Yonatan Sindel/Flash90)

This is why governments that are expected to join the normalization bandwagon, like Sudan and Oman, are in a quandary. For example, Sudan’s transitional government, which came to power after the ouster of President Omar al-Bashir by mass popular protests and the military’s intervention last year, remains precarious and in need of aid. In exchange for economic benefits and the removal of Sudan from the list of terrorist-supporting states, we may soon see Netanyahu, Trump, and an unelected Sudanese president posing for a photo op on the White House lawn. Yet the Sudanese government has still been hesitant to enter into a dubious agreement with Israel, knowing that any ruler who normalizes ties with Israel would be perceived by their own citizens as a traitor to the Palestinians.

In the name of ‘peace’

The leaders who are seeking to do business with Israel are for the most part unelected monarchs who care little for the desires of the people under their rule. These kings and princes want battle-tested weapons and technology from Israel’s war machine in order to continue oppressing their own people, and to conquer and exploit countries like Yemen, Syria, and Iraq.

And yet, the citizens of those countries are not so easily convinced. In Bahrain — a country with no political freedom or parties, and where activism exists only on the internet — a coalition of social organizations has declared that it will not support any agreement that ignores injustice toward the Palestinians. Activists and journalists living outside the UAE are also reflecting the feelings of ordinary citizens, who look on at their rulers’ betrayal but can do little to resist.

If Israel needs to fear anything, it is the escalation of anger against its plans — anger that has emboldened dictators to further suppress any signs of democracy and resistance in their countries. All in the name of “peace.”

In the UAE and other Gulf countries, where the governments have “disappeared” opponents of normalization, millions of dollars have been invested in pro-Zionist and anti-Palestinian propaganda, including a TV series, satirical programs, talk shows, and opinion pieces. Yet even these keyboard warriors have not succeeded in whitewashing the normalization deals. 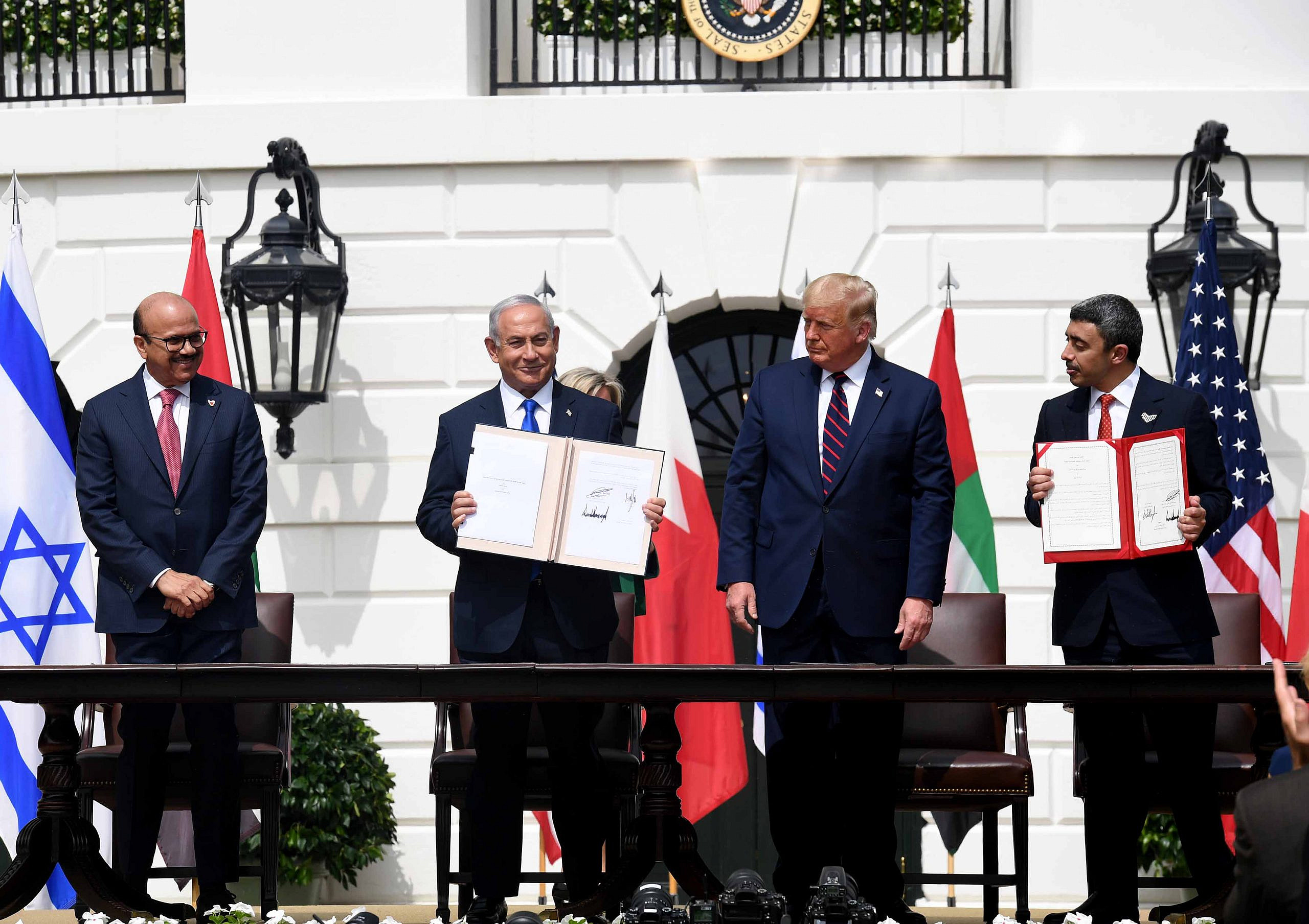 One example is the case of a young Palestinian citizen of Israel named Nuseir Yassin from the town of ‘Arabe, who under the name “Nas Daily” produces videos that spread the so-called “common good” to millions of followers worldwide. An Emirati prince decided to recruit Yassin to the Israel-UAE hasbara effort. However, upon discovering this connection, the Palestinian-led BDS movement led a campaign against Yassin. Now, a project that was designed to whitewash Israel’s reputation is facing its own image crisis.

Another example is the “historic” collaboration between Emirati singer Walid Aljasim and Israeli singer Elkana Marziano. The melody and content of the music are shallow, fulfilling a number of orientalist stereotypes and appropriations: a camel in the desert, Arabic coffee, even Palestinian dabke music. While many Jewish Israelis praised Marziano, Arabic speakers showed their contempt for Aljasim with countless jokes and negative responses.

Owning up to their oppression

The invisible Arab popular resistance across the Middle East does not solely stem from total support for the Palestinians and their right to live in freedom. There is, of course, solidarity between oppressed peoples, but there are also some leaders and groups who exploit the Israel-Palestinian conflict as a rallying symbol to demand a strong Arab nationalism — as if the conflict is the common denominator of all Arab countries.

Many Arabs do not distinguish between the Israeli left and right, religious and secular, Ashkenazim and Mizrahim. For them, it is a package deal of an occupying country. Even those who recognize that Israel is more democratic than most Arab countries are unmoved by that fact; it shows that the Israeli people elected their leadership, and therefore have a responsibility for their political choices.

In the long run, Israel will have to face this accumulating opposition. It will have to own up to its role in the oppression, violence, political arrests, and silencing of movements for freedom. And the U.S.-Israel alliance, which partners with many Arab dictatorial regimes, will be held to account. 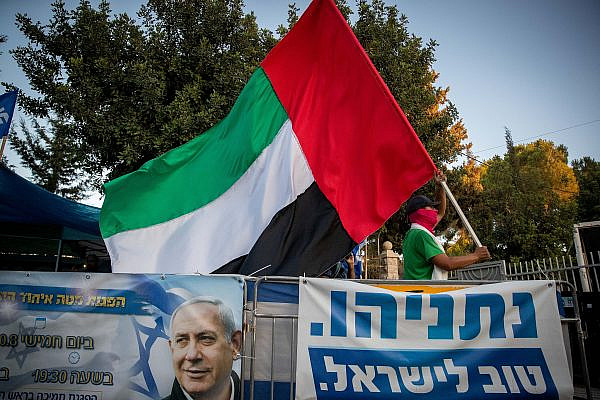 Palestinians are a side note in the UAE-Israel political charade
With Arab regimes seeing Israel as an ally in their power struggles, Palestinians should counter normalization by finally cutting the cord on the Oslo process.
By Dana El Kurd August 27, 2020 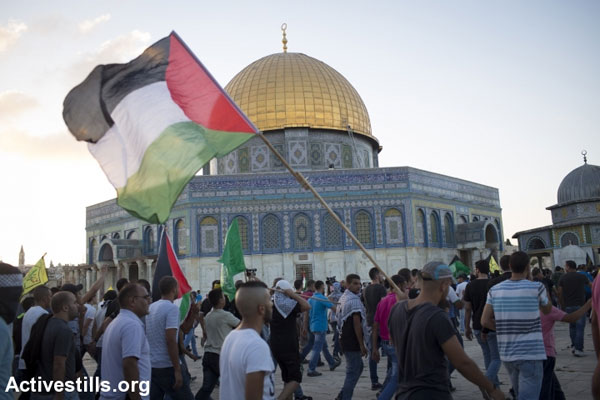