Israel has always valued Jewish supremacy over democracy. But new demographics could bolster the Palestinians’ efforts to challenge this system. 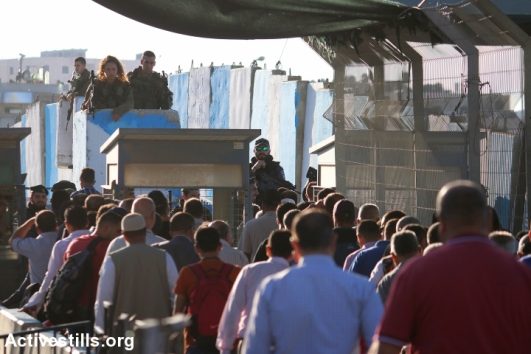 A resounding fear struck many Knesset members this week upon hearing that, on both sides of the Green Line, Palestinians may now outnumber Jews, 6.8 million people to 6.5 million. The statistics were given to the Knesset by an official from COGAT, the military body that governs the occupation of the West Bank and Gaza Strip. If the figures are correct, the ‘dystopic’ future of a Jewish minority living between the river and the sea appears to have finally arrived.

Israeli politicians, particularly on the center-left, have long warned about the changing population numbers. “If we do not wake up from the delusions of annexation,” said Tzipi Livni after hearing this week’s news, “we will lose the Jewish majority. It’s simple.” In 2015, former Zionist Union leader Isaac Herzog conveyed the same message when he declared, “I don’t want 61 Palestinian MKs in Israel’s Knesset. I don’t want a Palestinian prime minister.”

Foreign officials, including US mediators, echoed the same mantra for years in the hopes of encouraging Israel to see the two-state solution as the only way to protect its Jewish character. These critics repeatedly warned that, in the absence of an agreement, Israel could only ensure its Jewish majority by becoming openly and unapologetically undemocratic.

But this has already been the case for decades. Countless Israeli military campaigns, laws, and policies since 1948 have aimed to keep non-Jews out of the state (namely Palestinian refugees) and curb the rights of those living inside it. While these policies principally target Palestinians and Arabs, they are also directed against African refugees and other ‘unwanted’ persons deemed socially and politically undesirable by the Zionist ethos.

The belief in the ‘demographic threat’ – an inherently racist and dehumanizing concept – breeds cruel consequences to this day. While the Law of Return allows any Jew in the world to acquire automatic Israeli citizenship and residency, the Citizenship and Entry into Israel Law denies thousands of Palestinian families the right to unify and live in Israel, regardless of a spouse’s citizenship. Approving this law in 2012, former High Court justice Asher Grunis wrote that “Human rights should not be a recipe for national suicide.” Justice Minister Ayelet Shaked also did not mince words last month when she explained her support for the Entry Law, as well as for the pending ‘Jewish Nation-State’ bill, arguing: “The state should say there is place to maintain a Jewish majority even if it violates rights…Israel is a Jewish state. It isn’t a state of all its nations.” 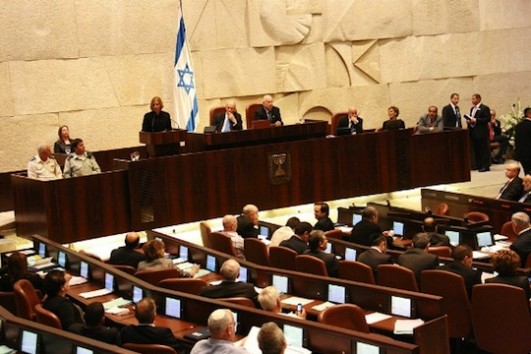 If Israelis did not believe that the demographic shift would come, they were certainly ambivalent about its implications. Israel has survived regional wars, instituted a hierarchy between Jewish and Palestinian citizens, and made the occupation a sustainable and profitable enterprise. Efforts to formally annex settlements and displace Palestinians in Area C have faced few repercussions from allies abroad. In cities like Hebron, Israel has proven that a small Jewish community is no barrier to asserting military dominance over their Palestinian neighbors. As far as most Israelis are concerned, despite the occasional bouts of violence, the institutional status quo works entirely to their advantage.

These realities on the ground, combined with the growing indifference to upholding democratic pretenses, should have been understood as a system of apartheid long before today, if not in practice then certainly in intent. It should also be clearer than ever that Israel’s priority is not so much the preservation of a Jewish majority as it is the maintenance of Jewish supremacy at any cost. Will the demographic revelation finally push the international community to accept these facts? Can it continue to dismiss the parallels with South Africa – let alone the Rome Statute’s definition of apartheid as a crime – in which a minority ruled over the majority? Doesn’t last week’s conviction of Palestinian youth Ahed Tamimi, while Israeli soldier Elor Azaria won an early release from his prison sentence, perfectly encapsulate the racial structures on which the state is built?

Even if the world remains unmoved, for Palestinians, the demographic news may offer a fresh opportunity to remobilize against this oppressive system. But a Palestinian majority should not be an excuse for imposing a different, exclusionist nationalism to replace Zionism. A new political vision, led by Palestinians and Jewish allies, and centered around the principles of equal rights and equal belonging, is needed to undo the corruptive ideologies that privilege one group over the other. The bases and tools for this vision already exist, including the Future Vision documents, lessons from countries like South Africa, and international legal conventions, among others. For years the land was ripped apart by ethno-racial ideals. Now could be a chance to rectify that mistake.