Exactly 11 years ago today, PM Ariel Sharon ordered the start of construction on a ‘separation barrier’ in the West Bank. It would soon become what is probably the biggest, most expensive and most influential construction project in Israel’s history. Eleven years later, how is construction of the wall progressing, and what is to become of it? A project update. 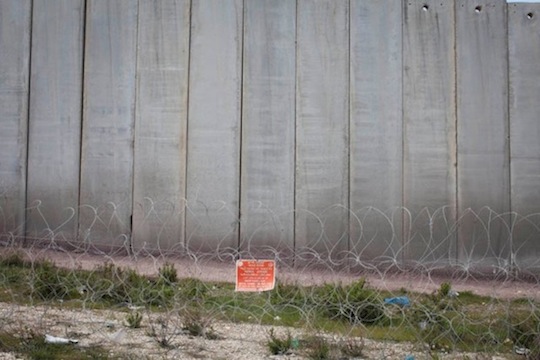 Last year I published a 12-part series analyzing the repercussions the Wall has had on various aspects of Israelis’ and especially on Palestinians’ lives. I described the wall’s history, its effects on the peace process, on Jerusalem, on villages on both sides and the popular struggle that started in those villages and its results. None of these have dramatically changed in the year that passed.

Regarding the issue of Palestinian workers, which I mentioned in the series, Israel launched a new segregated bus line a few weeks ago. This measure both normalizes the wall and its checkpoints and strengthens segregation between Israelis and Palestinians, even within Israel proper. The devastating implications the wall will have on Battir and Wadi Fukin are still looming over the two serene villages, and recently the Defense Ministry offered the High Court to build a fence instead of the planned wall in that area – a compromise the villagers are rejecting. Lastly, plans to resume construction of the miles-long gap in the wall around the Gush Etzion settlement bloc (south of Bethlehem) have since been put on hold once again following pressure from settlers against the wall. Since the series came to its end, it also won me the Anna Lindh Mediterranean Journalist Award, which was a great honor indeed, and a very exciting experience.

But perhaps the most important development in the story of this gigantic geo-political construction project came just a couple of days ago, when former Defense Minister Moshe Arens told Ma’ariv he supports tearing down the wall altogether. That call, interestingly enough, was supported by settler representatives in the Knesset, while Zionist left-wingers came to the barrier’s defense, as Dimi Reider pointed out and explained. Arens supports a claim previously made by others and presented in the series, saying that the wall has little or no security value for Israel. By the way, it’s interesting to see how the wall’s critics, including Arens and his mates, use the term “wall,” while its defenders are usually the ones to call it a “fence.”

This is the first serious challenge to the wall’s existence from within mainstream Israeli politics, and it is coming from the political camp which grew stronger in the latest elections. Parts of that camp are starting to discuss — with more and more confidence — the notion of annexing the West Bank and giving all its inhabitants certain civil rights (to various extents, usually still denying Palestinians the right to vote). 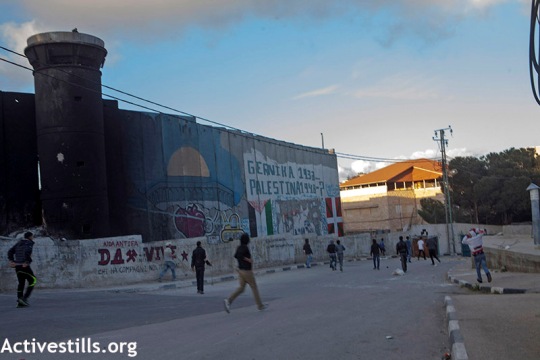 Earlier today Mairav Zonszein wrote about a new poll which indicates that a majority of Jewish Israelis wish to annex territories west of the wall (which was defined at the time of its construction as a temporary security measure, with no political implications). In addition, almost one in four support annexing the entire West Bank while maintaining an Apartheid regime.

To me all of this indicates the process of the wall’s normalization and consolidation. This process includes the end of an era of construction. It ends an era of petitions against the route of the wall, leading the High Court to intervene (or more typically not intervene) against its route, the strengthening of civilian infrastructure around the wall (such as the segregated bus lines), and the apparent decision to give up on ever completing the three main gaps along the barrier, thus maintaining it as even more of a dubious project in terms of its contribution to Israeli security. And as the wall is stagnant, no longer an ongoing project, it starts to earn its fair amount of internal criticism, after all external critics have been rejected or ignored by Israel.

Any possibility of the wall coming tumbling down still seems far away, either as part of a peace process or a unilateral right-wing-led annexation, both of which would erase this quasi-border. However, the likelihood of the wall coming to an end is rising, and along with it comes the hard questions the Israeli leadership will be forced to answer: Was this project (to a certain extent) no more than an unbelievably huge PR trick? To what extent was it all planned for the expansion of settlements on expropriated Palestinian lands? Did it work? Why was the public told that security is the only reason for its construction and for its precise route when politicians meant all along for it to be political? Was it worth all the billions of dollars spent at a time when state spending on social benefits and services is falling back? And how about the suffering of hundreds of thousands of Palestinians who paid, and are still paying, the price of the wall?

It might take much more than a year or two for these questions to be answered, but it is my feeling that we might be much closer to that point now than we could have believed we would be a year ago.

The Wall, 10 years on – The full project