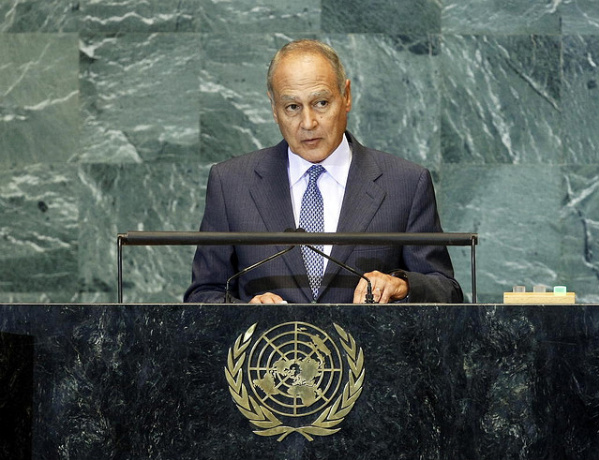 The wild card (a Palestinian declaration of independence recognized by the U.S. and the rest of the world) just keeps gaining momentum.

Gheit said an Arab League request to the UN may come next month.

If Israel goes ahead with building settlements, “the Arab League will study some other options such as going to the United Nations and ask for the recognition of the Palestinian state,” the foreign minister continued.

Gheit spoke an arrival at a Friends of Democratic Pakistan meeting, which groups two dozen nations and international institutions.

And here’s what Mustafa Bargouthi wrote in the NY Times:

The only way to save the two-state solution is for the Palestinians to declare the establishment of an independent Palestinian state on the territories occupied by Israel in 1967, including East Jerusalem, and to demand that the world community recognize it and its borders — as it did in the case of Kosovo.

That would also mean supporting the right of Palestinians to struggle nonviolently to end the occupation of their state. Any future negotiations, therefore, would not be about the right of the Palestinians to have their own sovereign independent state, but rather about how to apply and implement that right.

This would be the true test of the state-building strategy of the United States and the donor community. It would be the real instrument to finally demarcate the difference between support for free Palestinian institutions in a sovereign and viable state, or footing the bill of occupation and using E.U. and U.S. tax dollars to maintain under various guises what will never amount to anything but an apartheid system denying Palestinians their human and national rights.

If the world community turns its back on such a declaration of independence by using the well-worn and insulting argument that every step should first be verified with the Israeli government, then the message will be clear: Peace based on two states is no longer an option.

It’s going to happen. But we need Obama’s backing for this to work. Let’s keep up the pressure!