Buses carrying ‘Women of the Wall’ advertisements are vandalized and attacked; until earlier this year the Egged bus company refused to run ads featuring photos of women in Jerusalem.

Unlike the majority of Jewish communities in western countries, most girls in Israel do not usually have bat mitzvah ceremonies. A new Jerusalem campaign promoting the right of girls to have the ceremonies at the Western Wall has been met with violence by ultra-Orthodox elements in the city.

Busses carrying the advertisements, paid for by Women of the Wall, have been vandalized and the posters themselves ripped off of public buses. Half of the ads were vandalized, according to the Egged public bus company’s advertising agency.

The posters, which carry Hebrew text saying, “Mom, I want a bat mitzvah at the motel, too,” also feature photos of a bat mitzvah-aged girl and her mother. 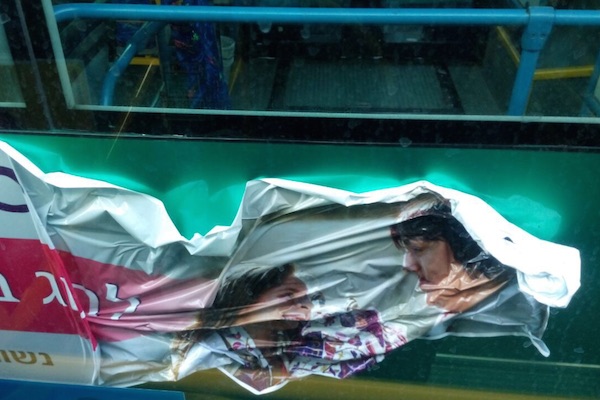 Police reportedly had to extricate a bus carrying the ad that was attacked by ultra-Orthodox protesters in Jerusalem in recent days.

The marginalization of women in public spaces

At issue is more than just the idea of young women partaking in bat mitzvah ceremonies. Placing images of any women on public advertisements has been a point of serious contention in Jerusalem for years, part of a larger public struggle against pressure from ultra-Orthodox Israelis to marginalize women in public spaces.

For years, Egged, Israel’s most prominent public bus company, had refused to carry advertisements that featured images of women on bus lines in cities with large ultra-orthodox populations like Jerusalem. Ultra-Orthodox communities claim that just displaying photos of women is “indecent.”

Only half a year ago did the company agree — as part of a high-profile court settlement — to begin accepting advertisements featuring women. The settlement was only possible because the state agreed to cover physical damage to Egged’s buses caused by vandalism related to ads featuring women.

Two years earlier, the bus company decided to stop running advertisements featuring any people, men or women, in order to avoid being accused of discrimination while appeasing the ultra-Orthodox community.

Responding to the latest violence and vandalism, Women of the Wall leader Lesley Sachs said, “It is sad to yet again see the ultra-Orthodox citizens take the law into their own hands and use Judaism as an excuse for the use of force, threat and violence against women. We call on ultra-Orthodox leadership to strongly denounce this act of violence and all others.”

One of the young women featured on Women of the Wall’s current ad campaign plans to hold her bat mitzvah at the Western Wall Plaza this coming Friday. Police, however, have many times in the past prevented Women of the Wall from bringing their Torah scroll into the plaza.

The group and other non-Orthodox streams of Judaism negotiated a deal with the Israeli government to build an egalitarian prayer space at the Western Wall Plaza, although the plan has yet to be fully realized.

BECOME A MEMBER
More About egged 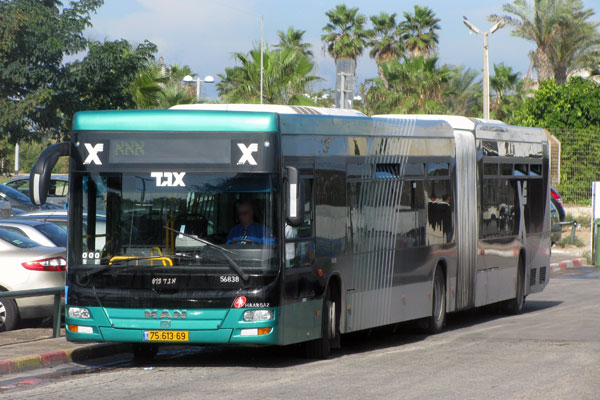 The wave of Jerusalem attacks Israelis don’t hear about
One hundred Palestinian bus drivers in the capital have quit their jobs because of such violence from Jewish racists. If you’d asked me how many East Jerusalem Palestinian bus drivers in the capital had quit their jobs because of the violence they’d faced from Jewish assailants, I’d have said oh, maybe three. When I read…
By Larry Derfner December 16, 2014 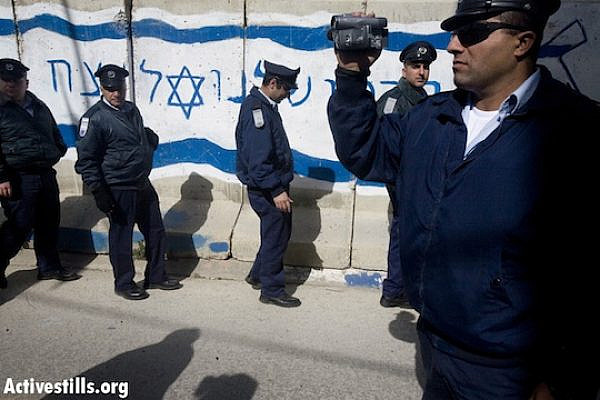 Conflicting reports on death of Palestinian found hanged
It is still unclear whether Yusuf Hassan al-Ramouni took his own life or had it taken from him. What is clear is that Palestinians have every reason to doubt the police’s credibility. The minute news came out late Sunday night that a Palestinian man was found hanged at an Egged bus depot in Jerusalem, Twitter…
By Mairav Zonszein November 17, 2014 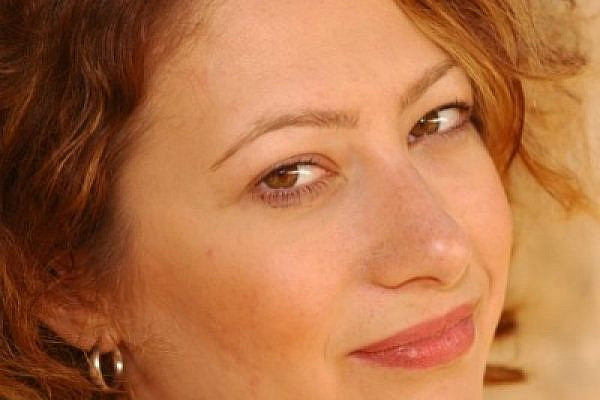 Religious entitlement: Woman takes a stand where the state won’t
They are comparing her to Rosa Parks, the courageous woman who refused to give up her seat on the bus in 1955. She says she didn’t mean to take a stand but couldn’t back down when faced with a terrifying and unbelievably sexist situation. On Friday morning, in what continues to be a chain of…
By Ori J. Lenkinski December 18, 2011