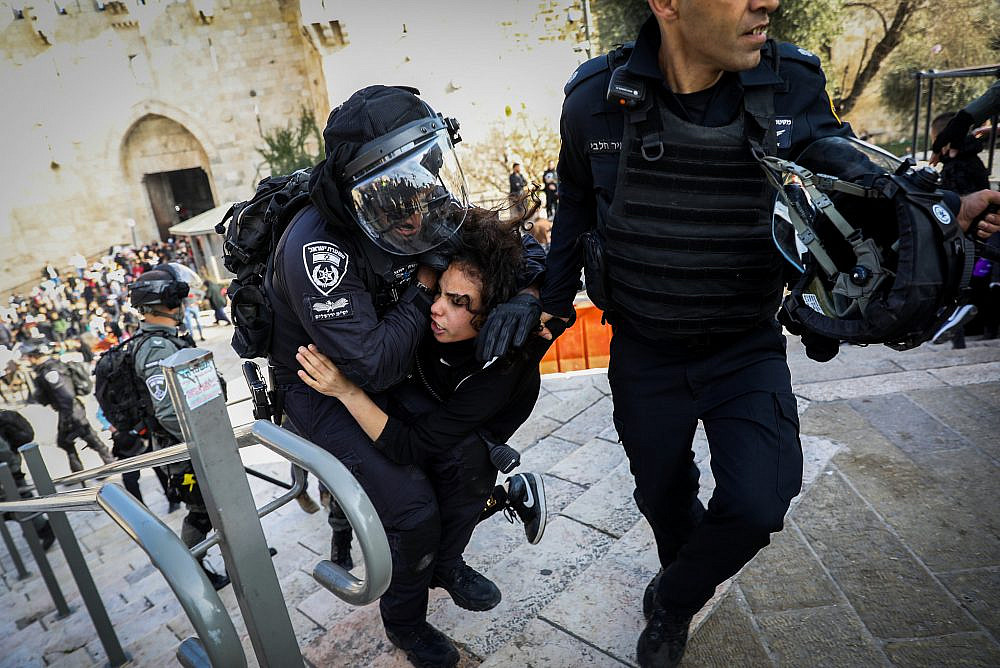 On Sunday night, Joint List chairman Ayman Odeh published a video on his Facebook page in honor of Ramadan, in which he stood at Damascus Gate of Jerusalem’s Old City calling on Arab policemen in Israel to cast aside their weapons and quit their jobs. In doing so, he awoke many demons — none of which were ever really asleep.

Immediately after the Israeli media picked up Odeh’s remarks, Jewish politicians began competing with one another over who could issue the most extreme condemnation. Interior Minister Ayelet Shaked claimed that Odeh “incites against the State of Israel and its institutions” and that “his place is outside Israel’s Knesset”; Likud MK Israel Katz declared that Odeh belonged in prison; MK Ofir Katz, also of Likud, went so far as to appeal to the Attorney General and the Office of the State Attorney demanding that an investigation be opened against him. Meanwhile, Likud MK Shlomo Karhi is attempting to gather the 70 signatures from his Knesset peers required to suspend Odeh from office.

Politicians from the Zionist left also joined in the festival of condemnations. MK Yair Golan, of the liberal Meretz Party, stated that Odeh’s remarks “closed the door” on the possibility of the Joint List joining the government, following the defection of coalition whip Idit Silman and the subsequent loss of a parliamentary majority last week. And in an interview with IDF radio, Labor MK Ibtisam Marana, a Palestinian citizen of Israel, told Odeh to “go sunbathe in Paris and shut up.”

Although attacking Palestinian politicians is a national hobby, it is crucial to examine the context in which Odeh made his remarks: while at Damascus Gate, Palestinian residents told him how Arab policemen were abusing them and treating them violently. And indeed, anyone who has taken part in a demonstration in Sheikh Jarrah or any other East Jerusalem neighborhood can testify to the violence perpetrated by the Arab officers there — as well as their Jewish counterparts — against residents and demonstrators. 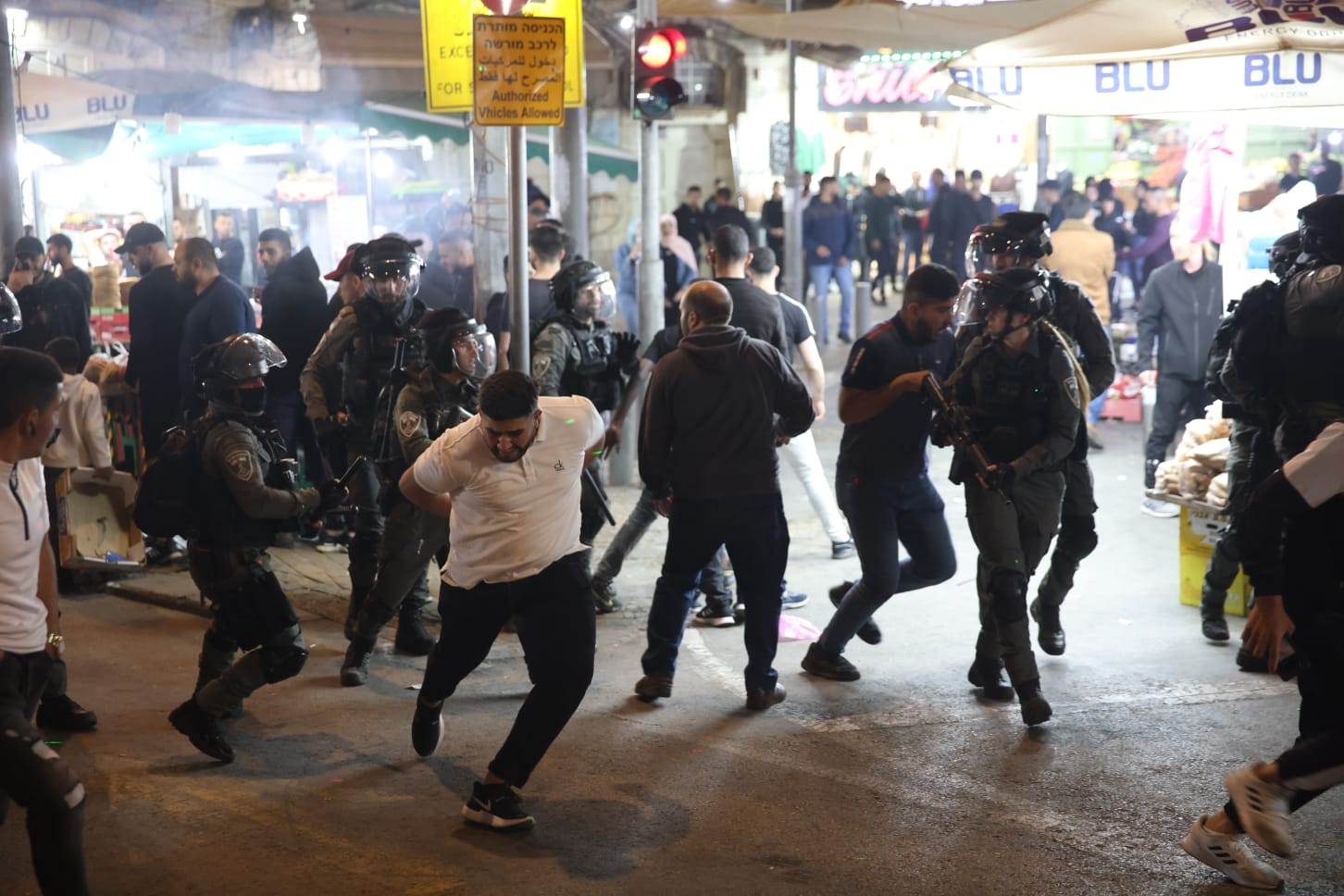 “It is a disgrace that an Arab youth or the parents of an Arab youth would agree to enlist and serve in the security forces, which are in fact occupying forces,” Odeh said, referring specifically to their role in preventing Muslim worshipers from accessing Al-Aqsa Mosque. Despite attempts by the right to attribute to him a general statement about Palestinian citizens serving, Odeh was clearly referring to adopting the uniform of oppression in the occupied territories, including East Jerusalem. There is no more legitimate call than this — for his people not to be partners in an apparatus that brutally oppresses other Palestinian communities.

The knee-jerk accusations of rebellion that Odeh’s critics on the right threw at him are not surprising, of course; for them, his very refusal to accept the structure of Jewish supremacy in the country makes him guilty. What is even more depressing is the reactions from the Israeli center and center-left, which interpreted Odeh’s remarks as railing against some imaginary coexistence, or “the integration of Arab citizens into society,” which Arab service in the Israeli police is supposed to embody. “Do you want segregation? A police force of Jews only?” I was asked by someone who cannot be accused of being right wing, following a tweet I posted on this subject.

Removing the barriers to the right of Palestinian citizens to take their slice of the public pie (and not just “to integrate”) is certainly an important goal, and achieving this is the duty of the state and its institutions, not of the citizens. But there’s no connection between this goal and serving in the police or army, which are two of the most integral bodies in the regime of oppression against Palestinians on both sides of the Green Line, and in the preservation of Jewish supremacy between the river and the sea. 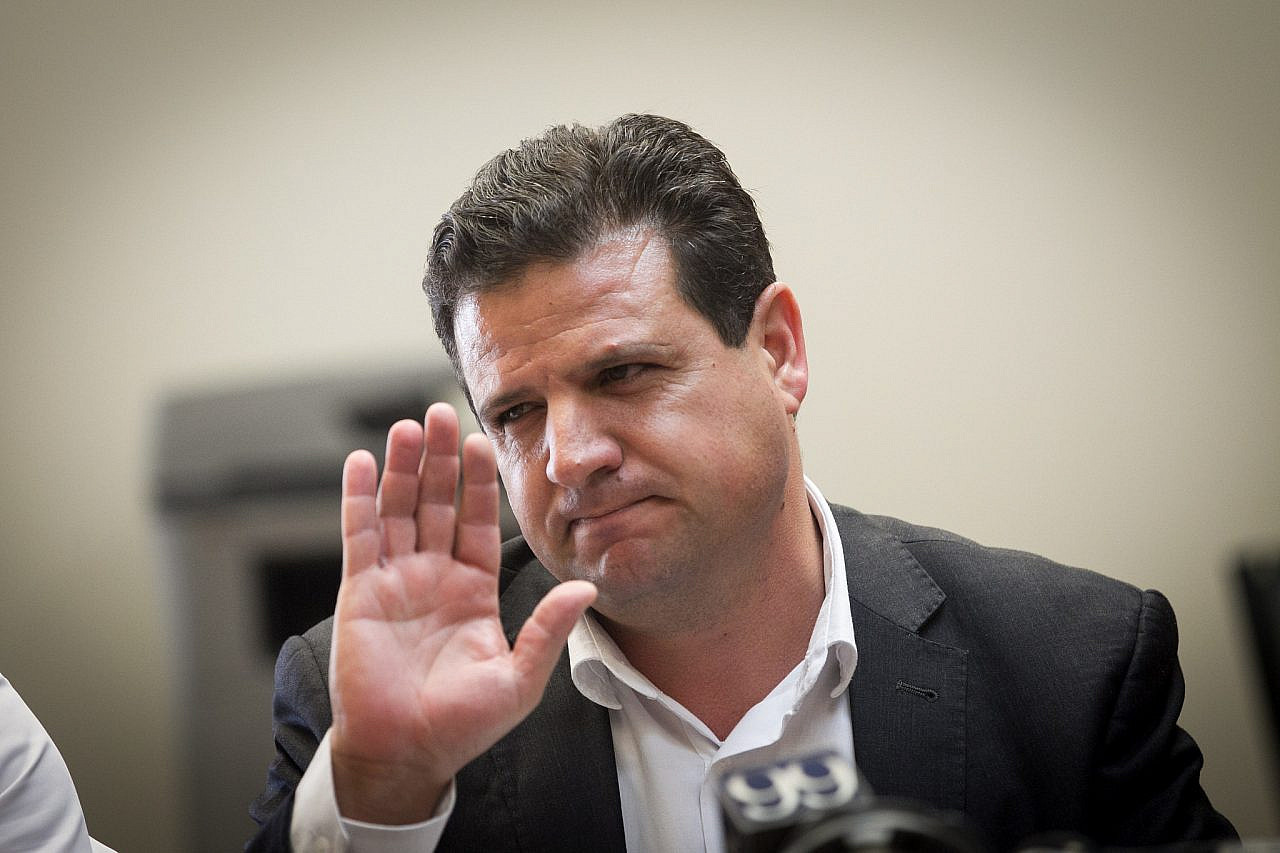 True, the Knesset — the parliament of Israel’s apartheid regime — is also one of these bodies, perhaps the most central of them. But unlike the police, the parliament is a civilian sphere, and the insistence to operate within it is not an expression of consent to the regime’s racist essence, but rather an expression of how seriously Palestinians in Israel take their citizenship. It is also an expression of their refusal to divest themselves of one of the few tools of struggle that remains in an ever-shrinking toolbox, with a certain degree of autonomy to act for the benefit of their community.

In the police force, however, Arab officers have no such autonomy. Moreover, given the minimal proportion of Arab police officers (about 3.5 percent) on the one hand, and their prominent presence at demonstrations or events where the police severely oppress Palestinians on the other, one gets the impression that there is a general policy to place them in situations of conflict with their own people. Rather than their service being about integration, then, it appears to be about the manipulative co-optation of Arab identity for the sake of entrenching Jewish supremacy through oppression and violence.

Other criticisms leveled at Odeh cited the need for an Arab contingent in the police in order to combat the scourge of organized crime and illegal weapons in Arab localities, which were used in some of the recent shooting attacks in Israeli cities. 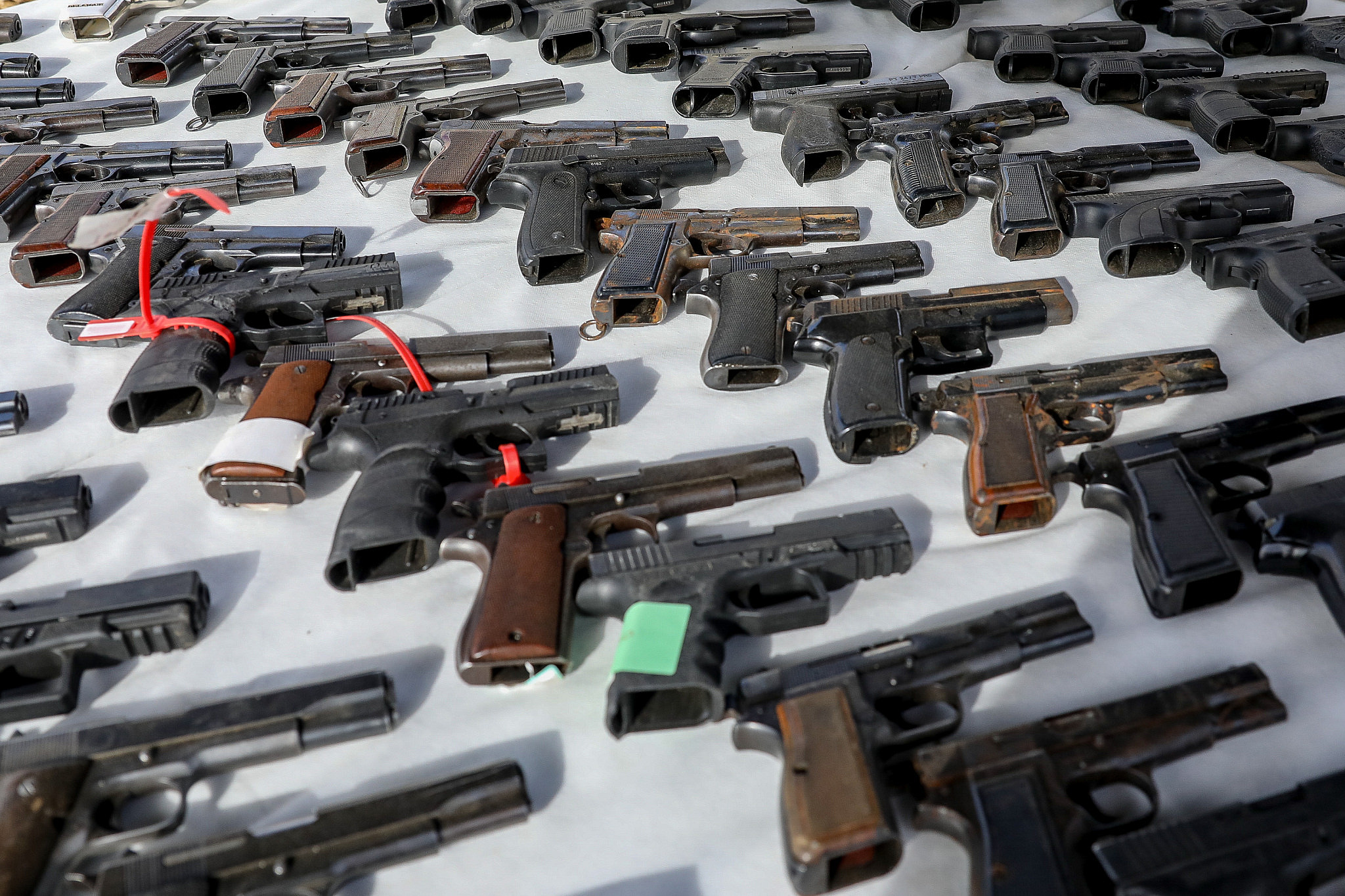 It is highly cynical to claim that the lack of Arab officers is the factor preventing the police from dealing with this deadly phenomenon — for which it is primarily Palestinian citizens who pay the price. Rather, it is the criminal indifference of the authorities. The Palestinian population in Israel has for years been calling on the authorities to confiscate these illegal weapons, but so long as they were killing only Arabs, it was simply of no interest to anyone.

This is perhaps the central point in this story: in order for police service to truly be an expression of shared citizenship, it must be a police force of all its citizens — one that ensures the security of everyone equally. But there cannot be such a police force in a country that is not a state of all its citizens. If the state itself does not see all its subjects as having an equal share and equal rights in it, and structurally privileges one group while in eternal suspicion of the other, the latter group cannot “integrate” by reconciling with Jewish supremacy and adopting a police uniform as a means of proving their loyalty.

Ayman Odeh is a Palestinian leader who heard from his fellow Palestinians about the pain and humiliation that they are experiencing at the hands of other Palestinians in service of the occupation, and he responded accordingly. In the toxic and racist environment that prevails in Israel, he deserves complete respect for the courage he has shown.