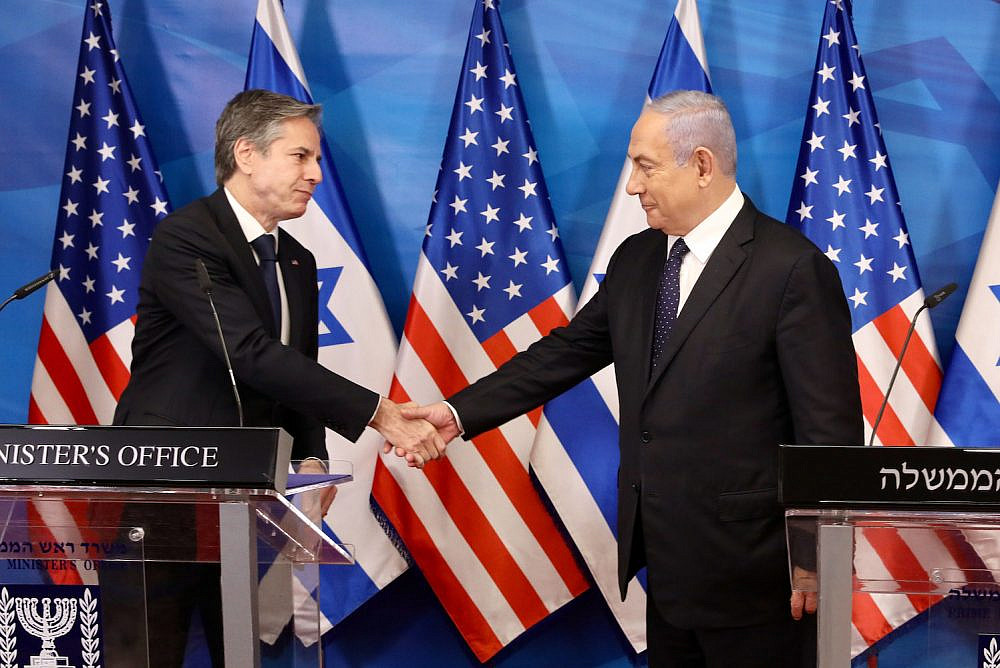 When it became clear in November that Israel was about to welcome its most right-wing government in history, no one expected the United States, Israel’s unflinching ally, to signal any major policy shifts. But even by American standards, the White House’s excuse for doing nothing was laughable. Speaking at J Street’s annual conference in December, Secretary of State Antony Blinken declared that the Biden administration will “fully respect the democratic choice of the Israeli people” and, most notably, will “gauge the government by the policies it pursues rather than individual personalities.”

These remarks were a carefully worded act of political gymnastics. What Blinken did not want to admit out loud is the uncomfortable fact that Washington’s dear ally is currently being governed by figures who, even among the Jewish-Israeli public, are being described as fascists. In the space of a few weeks, Israel’s new coalition has reorganized large segments of the state’s bureaucracy to pursue all the policies that the Biden administration claims it stands against: an illiberal, theocratic, and racist regime that aims to unravel the judiciary, target ethnic and gender minorities, and unilaterally annex the occupied territories.

The most notorious “individual personalities” that Blinken refused to name are, of course, Itamar Ben Gvir and Bezalel Smotrich — two far-right politicians with a record of statements, actions, and proposals that should have served as plenty of evidence by which to judge the new coalition. But the same should also be said of the returning prime minister, Benjamin Netanyahu. Along with being the architect of this far-right alliance, Netanyahu has a total of 15 years in power from which to “gauge” his hostility to the “shared values” that Blinken touted in his speech; equality, democracy, and the two-state solution were in the crosshairs of every one of his coalitions.

Washington’s intransigence in the face of these cold realities — which Palestinians and their allies have been flagging for years — is not surprising. But it is a disturbing indication of how much the U.S. political establishment has washed away any “red lines” when it comes to Israel.

That free rein may well be tested as the new government, sworn in just last week, begins implementing its radical program with all the violence and aggression that its leaders have promised. But that, too, may be met with little more than the same verbal acrobatics we have become accustomed to. When Ben Gvir kicked off his first week as minister by visiting the Temple Mount/Haram al-Sharif on Tuesday, both the U.S. Embassy in Israel and the State Department denounced it as “unacceptable” with the “potential to exacerbate tensions and to provoke violence.” How many “provocations” will it take, though, for Washington to use an ounce of leverage to back up its words?

The Biden administration is not alone in gluing itself to this toothless approach. It is reinforced in the United States by an ecosystem of civil society groups, media outlets, public thinkers, politicians, and constituencies who are trying to stake out a “middle path” between promoting democracy and an end to the occupation on one hand, while defending Israel’s right to military and ethnic supremacy on the other.

That cognitive dissonance is precisely what has enabled Israel to construct the apartheid regime we live under today, long before the likes of Netanyahu, Ben Gvir, and Smotrich arrived at its helm. If the “democratic choice” of Israelis is to deepen and even worsen this regime — as has been their choice for decades — then Americans need to reckon with the way their middle path only bolstered Israelis’ confidence to embrace the state’s full tyranny. Palestinians have been all too aware of this trajectory under both left- and right-wing Israeli “personalities”; Blinken would do well to have their experiences inform his next speech.