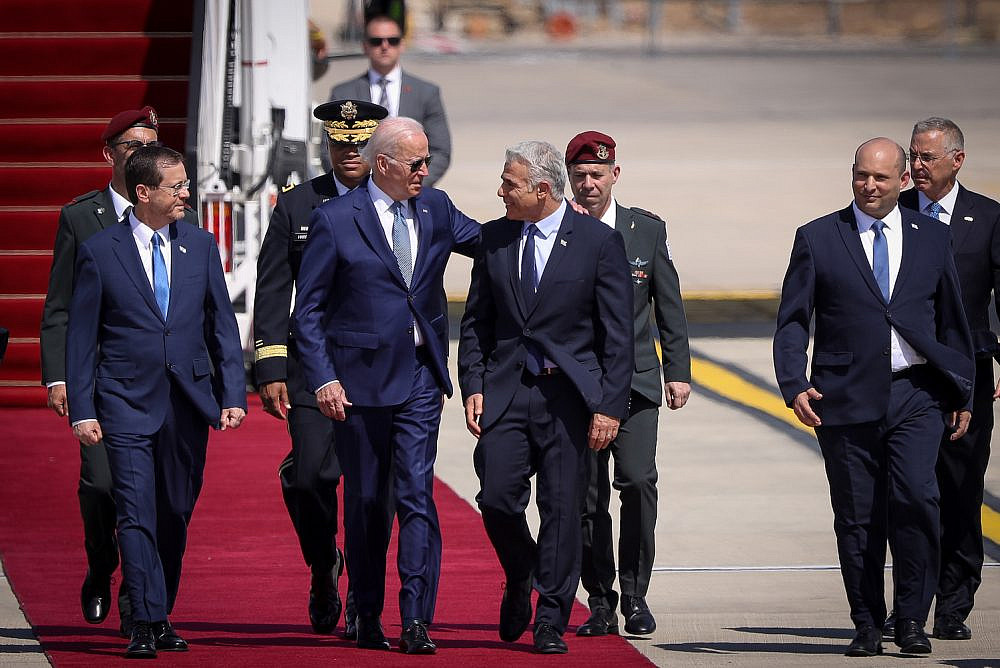 Ahead of his visit to Israel-Palestine, President Biden made it clear to Israeli counterparts that the White House was interested in “restraint.” Apparently, Palestinian blood spilled after the president’s visit is more easily scrubbed than that more viscous type of blood — the kind that tends to leave unsightly stains if spilled in the days before.

Grotesque as it may be, this act of American micro-diplomacy is telling. For it genuinely illustrates the foreign policy of successive U.S. administrations over the decades: endless Palestinian subjugation framed as “stability”; the generous underwriting of Israeli apartheid while paying the occasional lip service to the “two-state solution,” which places equal responsibility on the occupier and the occupied; and shielding Israel from any real consequences. Meanwhile, the U.S. continues to kick the can down the road, just as long as the whole place doesn’t go up in flames for too long (terms and conditions apply: a few weeks of inferno in Gaza every now and again, featuring Palestinian fatalities in the low thousands, is perfectly acceptable).

That road, stained with the blood of innocents, is decades old, and the can being kicked down its dusty lanes is, in fact, a people oppressed by a regional superpower that is armed, financed, and backed by the United States.

Dusty dirt roads are all that the people of Masafer Yatta have to connect their desert communities with the rest of the occupied West Bank. When President Biden visits Israel-Palestine, he will not see the more than 1,000 Palestinians of Masafer Yatta slated for forced transfer by the Israel he is so committed to supporting — the very state whose highest court green lit the war crime of expelling these communities by using the groundless excuse of turning their land into a military training area.

The “unbreakable bond” and “shared values” between the U.S. and Israel will again make headlines. Yet far from these clichés, in Masafer Yatta — against all odds — these Palestinians are, quite literally, making the desert bloom. They are doing it at the expense of no one while facing an army that, on its kinder days, destroys their improvised water lines, and on the less kind days, sends its tanks, helicopters, and APCs to “train” around and inside their very communities. The dirt roads are closed off, journalists and activists are detained — sometimes beaten or arrested — and Masafer Yatta is cut off from the world. 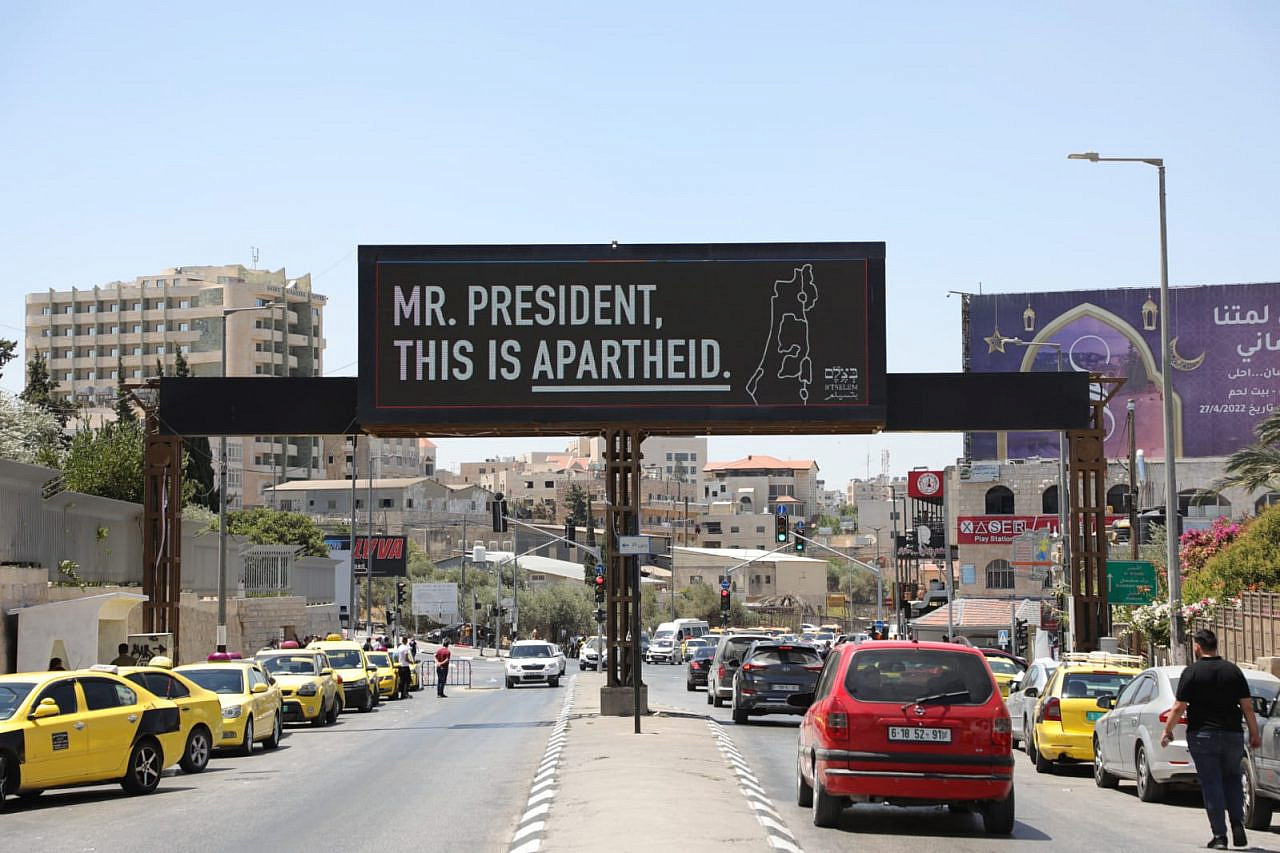 A billboard put up B’Tselem in Bethlehem welcomes Bethlehem President Joe Biden on his visit to the West Bank, July 13, 2022. (Heidi Motola/B’Tselem)

The olive trees and the modest fields do not care that the Biden administration refuses to name Israel’s policies in this part of the occupied West Bank as a war crime, nor do the residents of Masafer Yatta expect the White House to lift a finger to help them. But why shouldn’t the Biden administration, at the very least, take its thumb off the scales? There is no parity of power between Israel and the Palestinians. These are not two equal sides. Can America, at least, stop tipping the scales in favor of the side that already has everything going its way against those who are trying to make a living out of dust and empty skies?

The clichés will soon be forgotten, and the current president will come and go. The American request for Israeli “restraint” will fade, together with all the fanfare and casual hypocrisy. Arms deals will be signed, so-called regional security will be celebrated. The Israeli army’s helicopters — produced in and likely paid for by the USA — will return. Even here, Palestinians have no respite.

But one day, the dust shall settle, and our eyes will be able to see all the way toward the open horizon: a desert made to bloom by people who ask for nothing but justice.