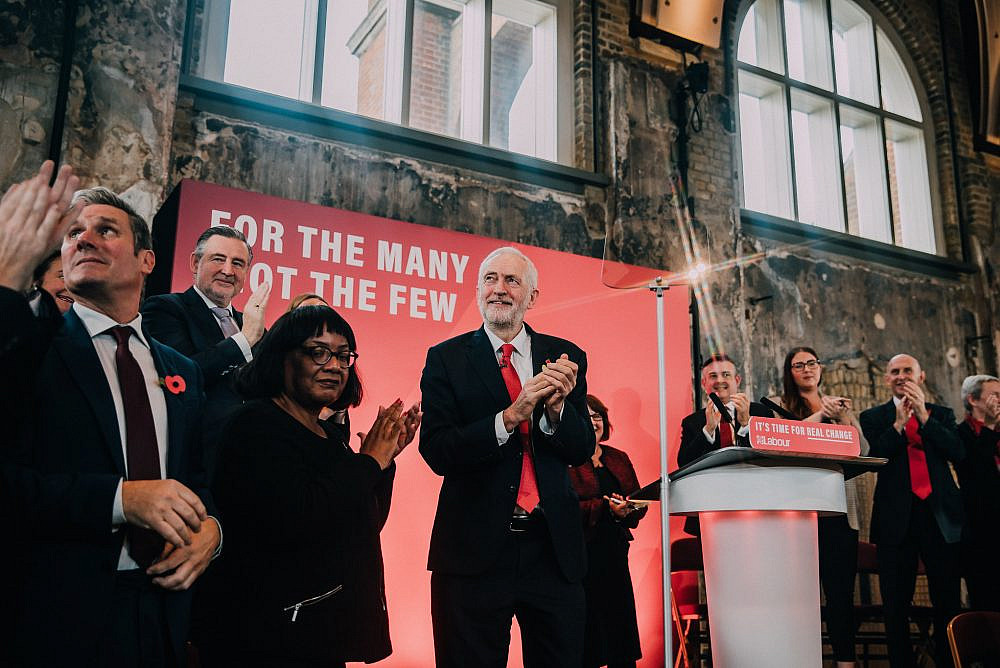 For a brief moment, it seemed that the years-long, acrimonious public fallout over antisemitism in the Labour Party was finally being put to rest. The election of Keir Starmer as party leader in early April, a centrist who had nonetheless served in Jeremy Corbyn’s cabinet throughout his predecessor’s tenure, was met with cautious optimism by the British Jewish community.

This optimism developed even though the steps Stermer took to engage with the Jewish community — supporting the controversial IHRA definition of antisemitism, and aligning himself with the Jewish communal establishment — further alienated progressive Jews who have felt disillusioned and politically adrift for the last five years.

However, the crisis over antisemitism dialed back up last week following the leak of an in-depth internal Labour Party report, detailing how Labour’s governance and legal compliance unit handled antisemitism complaints and cases during Corbyn’s time as opposition leader. The report also details how staff were dismissive and even derisive about racism toward black women MPs, with some using racist stereotypes to describe Diane Abbott, the then-Shadow Home Secretary.

Among other revelations, the dossier illustrates how a small group of staff affiliated with the moderate and right wing of the Labour Party actively sought to undermine Corbyn’s leadership. This included tampering with Labour’s General Election strategy in 2017 and potentially aiding its loss in 2019, and hiring less-qualified candidates for party positions if they hailed from the right-wing camp.

According to the dossier, senior Labour staff further pursued this anti-Corbyn objective by impeding corrective action to address antisemitism in the party. They include senior figures — some of whom have quit Labour or supported those who left — who went on record describing Corbyn’s unwillingness to address antisemitism, and who, the dossier alleges, failed to share crucial information with Corbyn and his staff to help them resolve the matter. 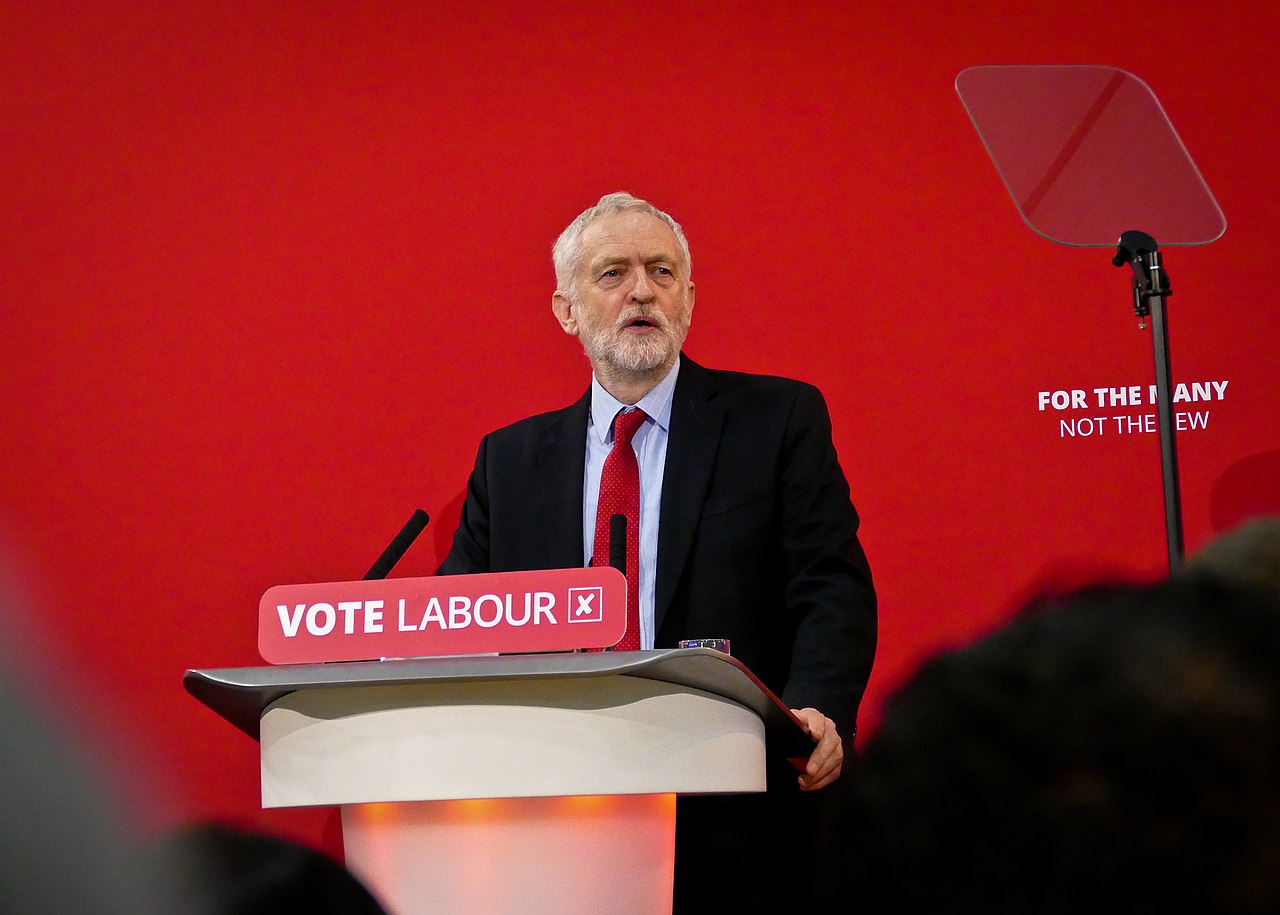 The report does not exonerate Labour from claims of antisemitism; in fact, it explicitly states that antisemitism is a problem in the party that requires serious attention and resolution. Moreover, notwithstanding the obstacles placed before them, Corbyn’s team still abjectly failed to effectively deal with the crisis. Yet the dossier also reveals in equal measure that Labour’s right wing, which has been banging the drum about antisemitism on the left, was essentially willing to sacrifice Jewish safety if it helped in their effort to take down Corbyn.

For the past five years, British Jewish communal leaders and organizations — including the Chief Rabbi, the Board of Deputies, and the Jewish Labour Movement (JLM), the Jewish community’s official voice inside Labour — have repeatedly claimed that Corbyn and his supporters were the primary reason for the rise of antisemitism in the party. Corbyn quickly became a persona non grata among the mainstream Jewish community, and anyone who questioned this view was tarred with the same brush.

Progressive Jews in Labour were frequently on the receiving end of this charge. Striving to fight antisemitism on the left, while also being suspicious of the right’s motivations in calling out antisemitism, their support for Corbyn invariably saw them labeled as “self-hating Jews” and subsequently pushed out of many Jewish communal spaces.

The JLM’s leadership, in particular, argued that the “moderate” wing of the party was more friendly to Jews, and frequently backed non-Jewish Labour figures who were vocal on the issue of antisemitism. Yet the evidence in the leaked dossier shows that several of the people who were held in high esteem by the JLM in fact, inter alia, helped to delay or block the disciplinary suspension of Labour Party members who had called Jews “cockroaches,” engaged in Holocaust denial, and promoted antisemitic conspiracy theories.

This behavior suggests that right-wing Labour staff were content to jeopardize Jewish safety and dignity if it suited their factional goals, effectively using Jewish fear and trauma as a political football. The dossier does not say whether members of the JLM’s National Executive Committee or its staff were aware of this apparent duplicity. 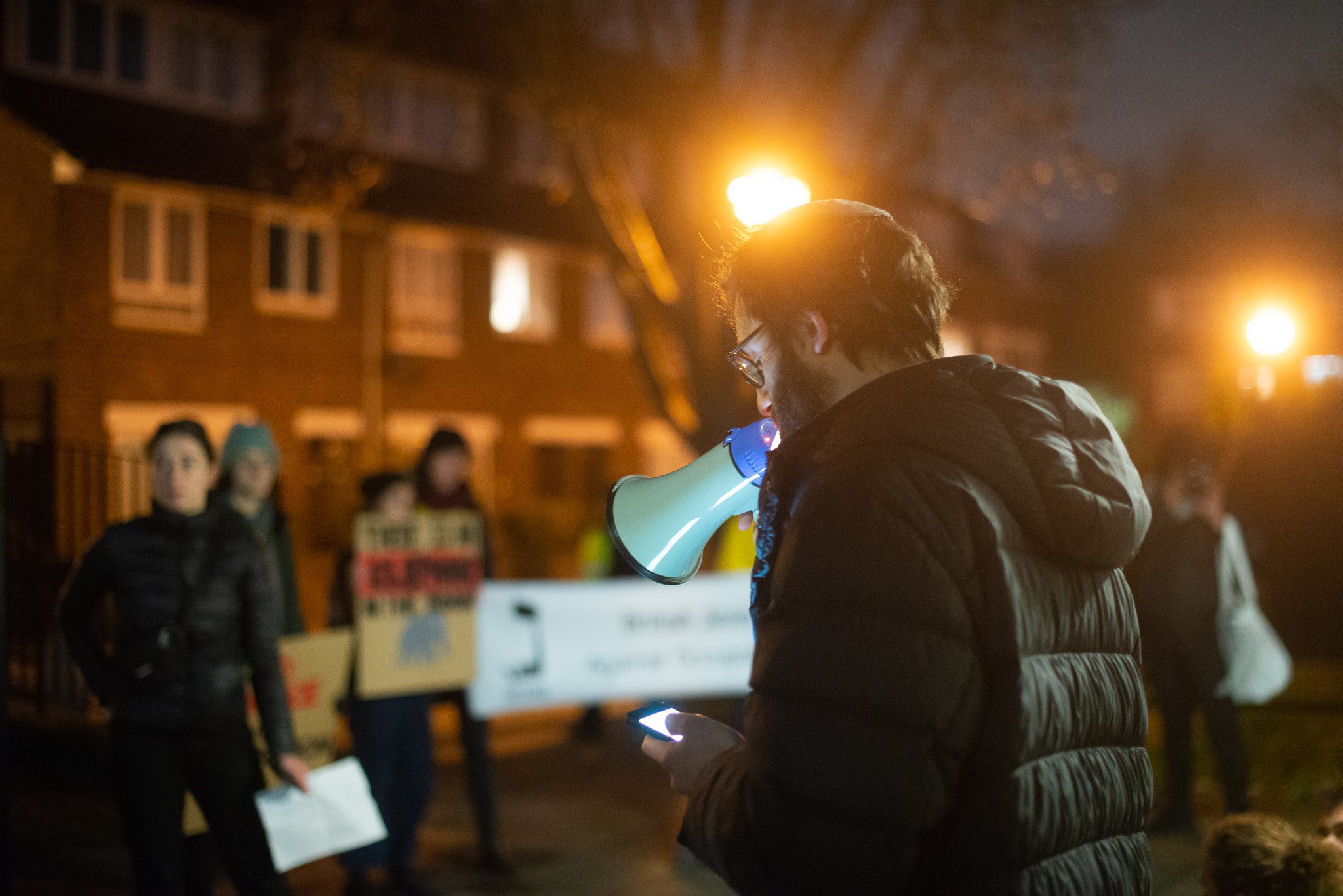 In a statement on the leaked dossier, the JLM condemned all acts of “antisemitism, racism, and Islamophobia” raised in the report, while focusing its response on decrying Labour’s “fundamentally broken” leadership in allowing a “culture of anti-Jewish racism” to take hold of the party. The statement made no mention of the report’s allegations regarding the weaponization of antisemitism for factional goals.

Further muddying the waters is the fact that this recent scandal has emerged at the same time that the Equality and Human Rights Commission (EHRC) is investigating the Labour Party over institutional antisemitism.

While Jewish Labour members fully deserve to have their experiences of antisemitism receive accountability and due process, it is telling that the plight of Jews in Labour elicited such a drastic intervention, while two of the most notable scandals that harmed minority communities in the UK during the same period did not receive the same level of scrutiny or political concern.

These two scandals were Windrush, the Home Office’s deportation of thousands of Black British residents who came to the UK after World War Two; and the fire at Grenfell Tower, where the deaths of 70 apartment block residents highlighted the systemic housing inequality and neglect that disproportionately affects British people of color and immigrants.

When compared alongside these injustices, the EHRC’s investigation into Labour serves as a striking example of how British Jews are treated by authorities as a “model minority” to be cared for, while abuses against other communities are brushed aside. 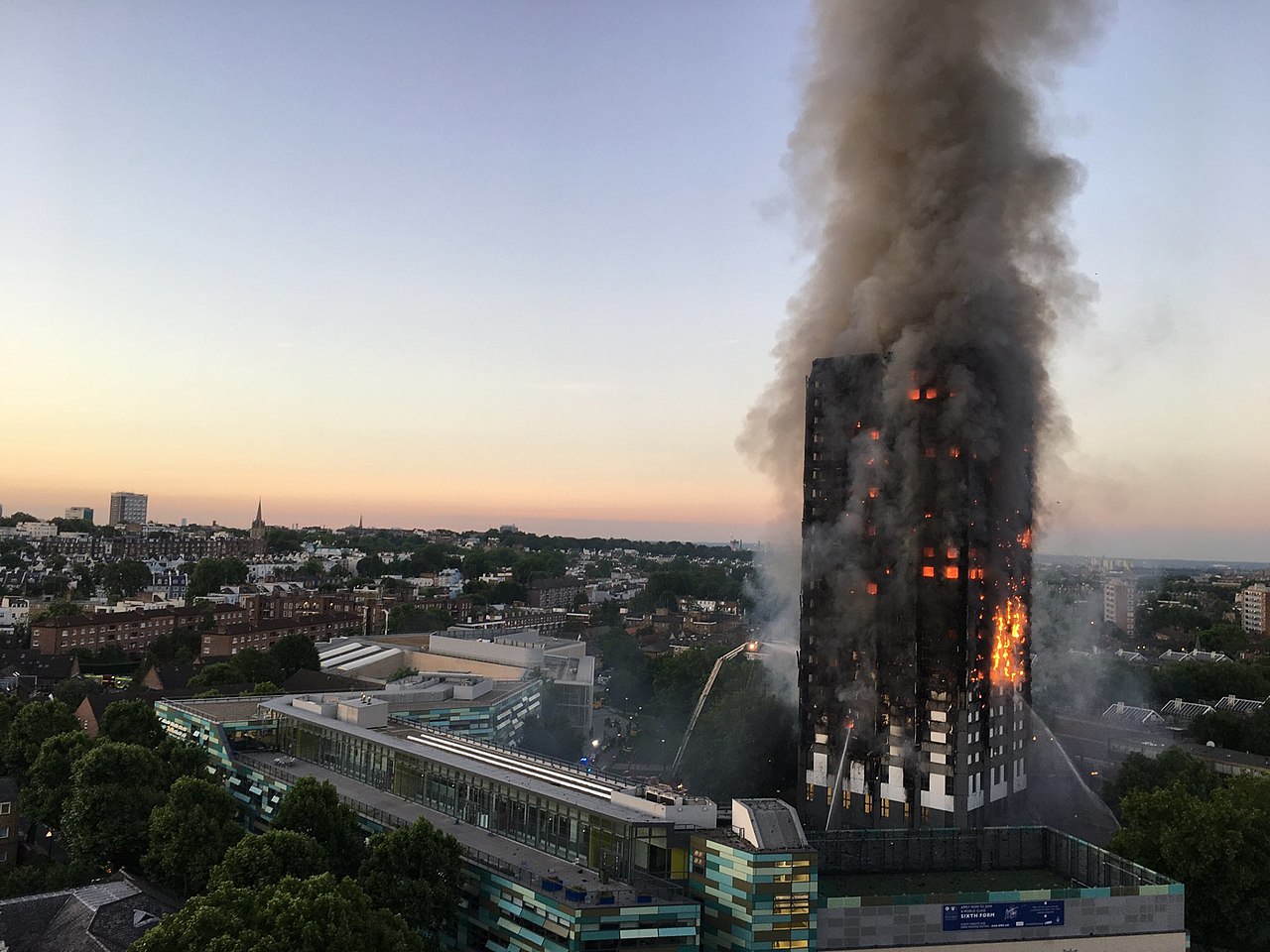 The silence of Jewish communal leaders — most notably the JLM — on the government’s handling of the Windrush and Grenfell affairs raises questions over their sincerity in addressing racism within the party and in the country. So, too, does the insistence of the Board of Deputies that “no other minority would be treated in this way” when discussing antisemitism — essentially dismissing the UK’s systemic and structural racism toward other minority groups.

Ultimately, the decision of the JLM and the British Jewish establishment to prioritize relationships with white moderates in Labour — many of whom were more interested in self-serving power than in fighting prejudice, and who have problematic track records of enabling austerity measures that today have caused an endemic poverty crisis in Britain — was taken at the expense of relationships with other marginalized groups. And for progressive Jews, relegating our solidarity with these communities sets back the struggle for Jewish safety.

Despite the specificities of the Labour Party imbroglio, British Jews are not alone in being used as a political football by right-wing politicians and members of their community’s leadership. Right-wing leaders around the world such as Brazil’s Jair Bolsonaro, Hungary’s Victor Orban, and the U.S.’s Donald Trump loudly proclaim their love for the Jewish community and for the State of Israel even as they stoke antisemitism at home, leading to upticks in violence against Jews in their own countries.

None of these leaders are genuinely concerned for Jewish safety, but rather are interested in using Jews as a political wedge. This is a clear manifestation of the cycle of antisemitism, in which Jews are exploited as a buffer class by being allowed conditional wealth and privilege, so long as they remain useful in either providing a fig leaf of diversity, or a shield for political decisions that entrench further violence, discord, and inequality. 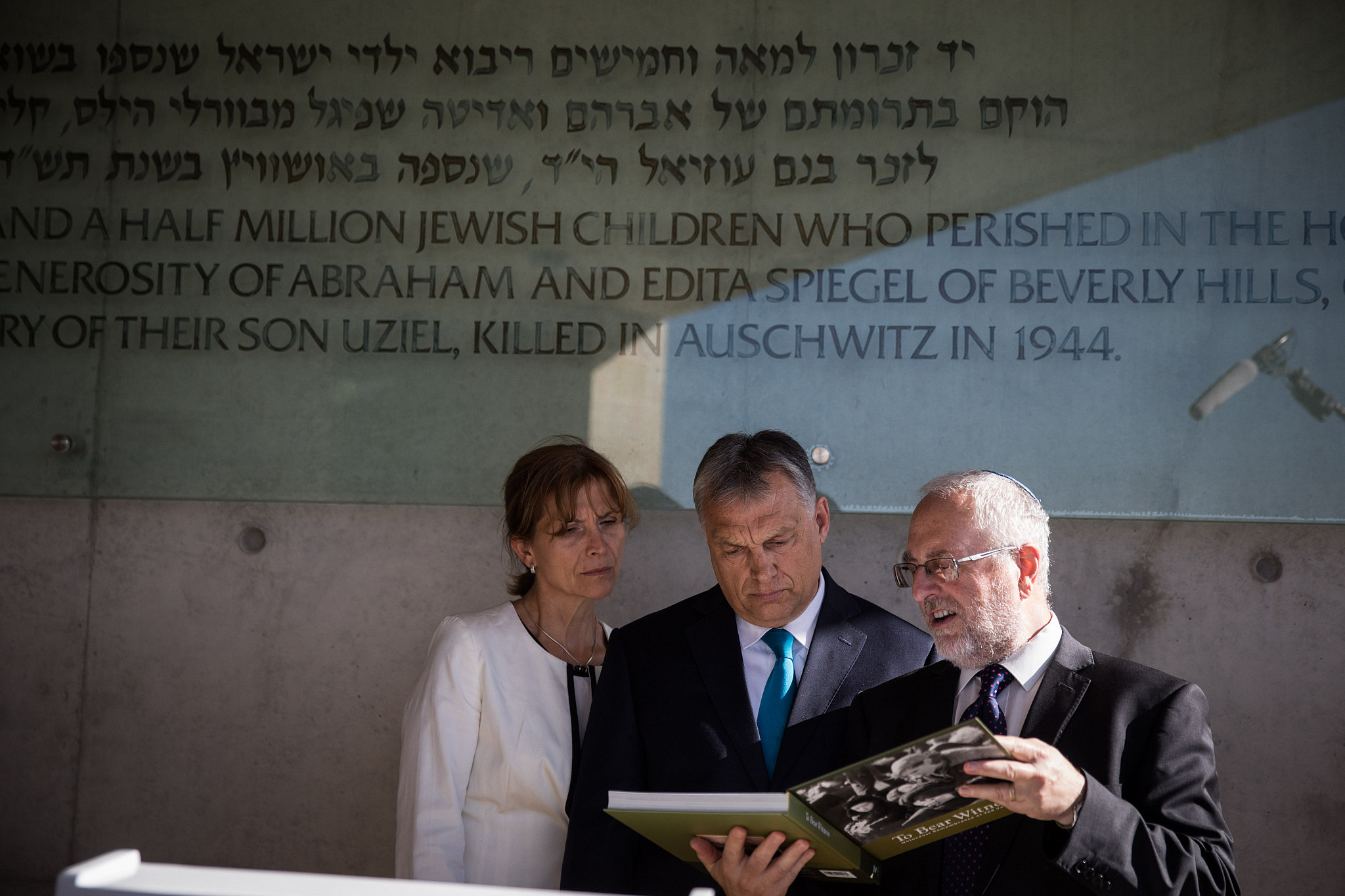 While this may feel like safety to some Jews, it in fact relies on the Jewish community giving its backing to the unequal and divisive policies of the ruling class. Such a position invariably exposes Jews to backlash, as oppressed classes are encouraged to see them as the executors or beneficiaries of unfair policies. This allows the ruling class to escape culpability for their policies (and their own antisemitism), while pitting Jews against other minorities.

This cycle of antisemitism maps out neatly onto the Labour Party affair. As the antisemitism crisis grew over the past five years, the party’s moderate wing began expelling progressive members en masse using flimsy reasoning linking them to the matter. According to a senior JLM member, this created a culture of “antisemitic conspiratorial thinking… in the party.” In turn, this opened up political space for a culture of antisemitism, as many on the left misidentified Jews as the reason for their inability to make political change.

At the same time, the Jewish establishment separated itself from other minorities and claimed antisemitism was different from other oppressions, further entrenching the notion that Jews were uniquely responsible for the party’s woes. Rather than trying to build safety through solidarity with other targeted minorities — especially at a time of rising white nationalism — the Jewish establishment instead took the path of insularity, leaving Jews, and potential allies, isolated and vulnerable to more abuse and manipulation by the political establishment.

Perhaps the most damaging outcome of the disarray within Labour is its contribution to the election of the most right-wing British government in recent history. The Conservative Party is undoubtedly the true victor of Labour’s factionalism: the persistent characterization of antisemitism as a problem of the left has meant that the Tories have never had to answer to their own institutional antisemitism, racism, and Islamophobia, and have been able to capitalize on Labour’s internal discord to secure three consecutive electoral wins, including their landslide victory in December 2019. 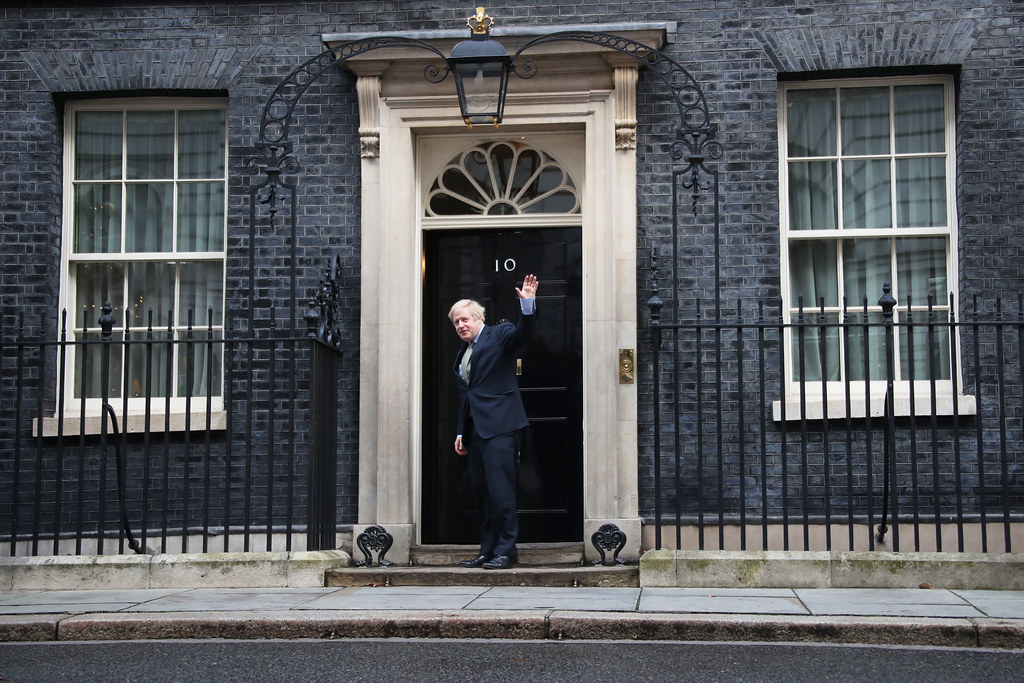 The leaked report on Labour’s handling of the antisemitism crisis, and the ongoing electoral success of the Conservatives, are a sharp reminder for progressives as to what is at stake. Labour infighting allowed the Tories to rebrand themselves as the party of working people and diversity, and the new political home for British Jews.

This is no small feat, given that the last decade of Tory rule has seen the active erosion of multicultural Britain; catastrophic austerity; deadly “hostile environment” policies toward immigrants and asylum seekers; spikes in violent antisemitism and homophobia; and growing antagonism towards Traveller communities.

It should be clear who is at fault for these damaging trends. Yet at present, there is no clear public narrative over which party is on the side of the marginalized. The rise of far-right “strong man” governments across the world means that, even as progressives must hold to account the inadequate leadership of those we trusted, we must also commit to rebuilding the left.

This can only be achieved through meaningful solidarity and relationship-building between the British Jewish community and other marginalized groups let down by the political establishment, and harmed by its attempt to divide-and-conquer us.

Em Hilton is a Jewish writer and activist living between Tel Aviv and London. She is the co-founder of Na'amod: British Jews Against Occupation and sits on the Steering Committee for the Center for Jewish Non-Violence.

Yael Shafritz is a British-born, Washington DC-based campaigner with IfNotNow and Jews Against White Nationalism. They previously worked as a Labour, student, and Jewish communal organizer in London. Twitter: @Yael_Shafritz