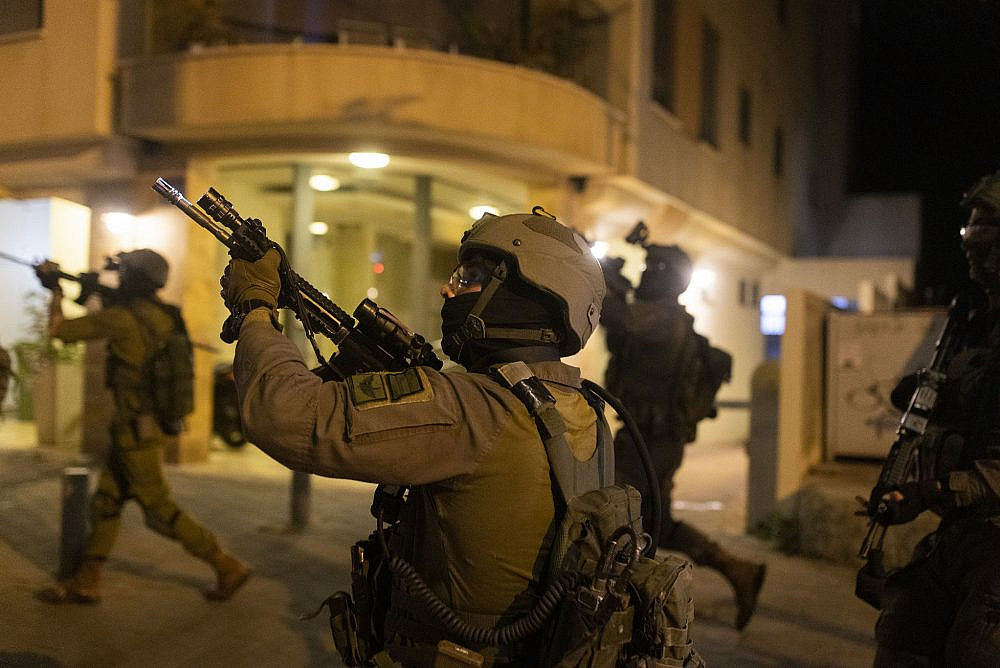 Israeli forces search for the attacker around the scene of a shooting at a bar on Dizengoff Street in Tel Aviv, April 7, 2022. (Oren Ziv/Activestills)

It has been three days since a Palestinian gunman from Jenin refugee camp opened fire at a bar on Dizengoff Street in central Tel Aviv, murdering three and wounding several more. A number of those who were shot are still fighting for their lives. Watching the chaotic scenes that night — including the sight of thousands of police officers and soldiers scouring the streets for the killer, whom they tracked down and killed hours later— brought feelings of grief and despair, sadness and longing. The dead could have been my friends or family members at that bar. They could have been me.

Those feelings only worsened over the ensuing days. On Saturday, Israeli forces launched a massive incursion in and around Jenin in the northern West Bank, where they were confronted by Palestinian militants who continued exchanging gunfire with the army today. Last night, a mob of Palestinians vandalized and torched Joseph’s Tomb in Nablus before being dispersed by Palestinian security forces. This morning, Israeli soldiers shot and killed an unarmed Palestinian mother of six in the West Bank town of Husan, claiming she approached them in a “suspicious manner.” The spiral continues to descend with every passing day.

The attack on Dizengoff Street was the fourth to take place in an Israeli city over the past three weeks — following killings in Be’er Sheva, Hadera, and Bnei Brak — which have left a total of 14 people dead in Israel. And, like clockwork, Israeli politicians, echoed by the country’s mainstream media, have been calling for even more severe crackdowns on Palestinians — both citizens of Israel and subjects of military dictatorship in the occupied territories — in the name of restoring “security.”

But for these politicians, “security” is not really about saving lives, or protecting all civilians from harm. It is about preserving and policing a social-political order. It is about controlling the distribution of resources and privileges for Jewish-Israelis. It is a cover for a deeper ideology of settlement and dispossession. It is a violent promise the authorities cannot keep, even as the vast majority of Israelis buy into its premise. It is, at its core, a false messiah. 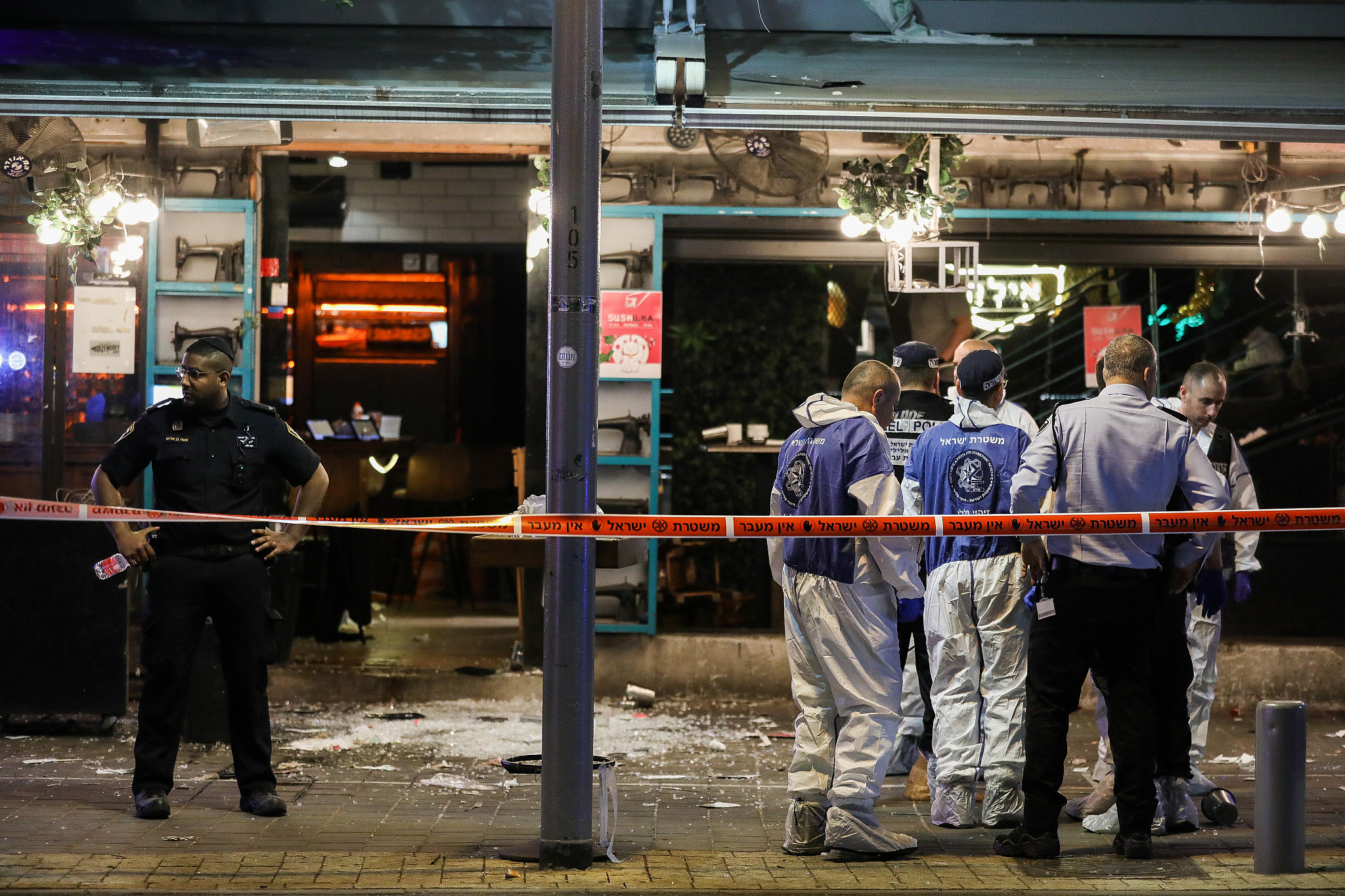 Israel is not interested, for example, in the security of its Palestinian citizens, who for years have been begging the government to do something about the gun violence and organized crime plaguing their communities, only to have the state begin taking action once the guns were being used against Jewish citizens. It is uninterested in the security derived from  stable housing and work for Israel’s Mizrahi and Ethiopian underclasses in the periphery — the latter of whom face police harassment and brutality on a regular basis.

And, of course, Israel is certainly not interested in the safety of Palestinians in the occupied West Bank and Gaza, who live every day in constant fear for their lives and their livelihoods, besieged by a foreign military that serves as their judge, jury, and executioner. “Security” doesn’t encompass them, nor their Palestinian brethren in forced exile — it comes at their expense.

Even when narrowed to the question of armed attacks by Palestinians, the truth is that few people, despite pretending otherwise, really believe that Israel can provide security through such violent means. Many former members of Israel’s security echelon — from army generals to Shin Bet directors — have confessed that keeping millions of people under a system sustained by force can never ensure long-term safety. But Israel’s political, military, and cultural elites have continued to dismiss these warnings.

Instead, the Jewish population, reaping the benefits of the so-called status quo, has adeptly created a psychological bubble to weed out any interest in “how the other half lives.” That bubble is only shaken in the sporadic moments when a rocket, knife, or gun is turned against us from the “other side,” forcing us to remember the millions we have living under our boot. 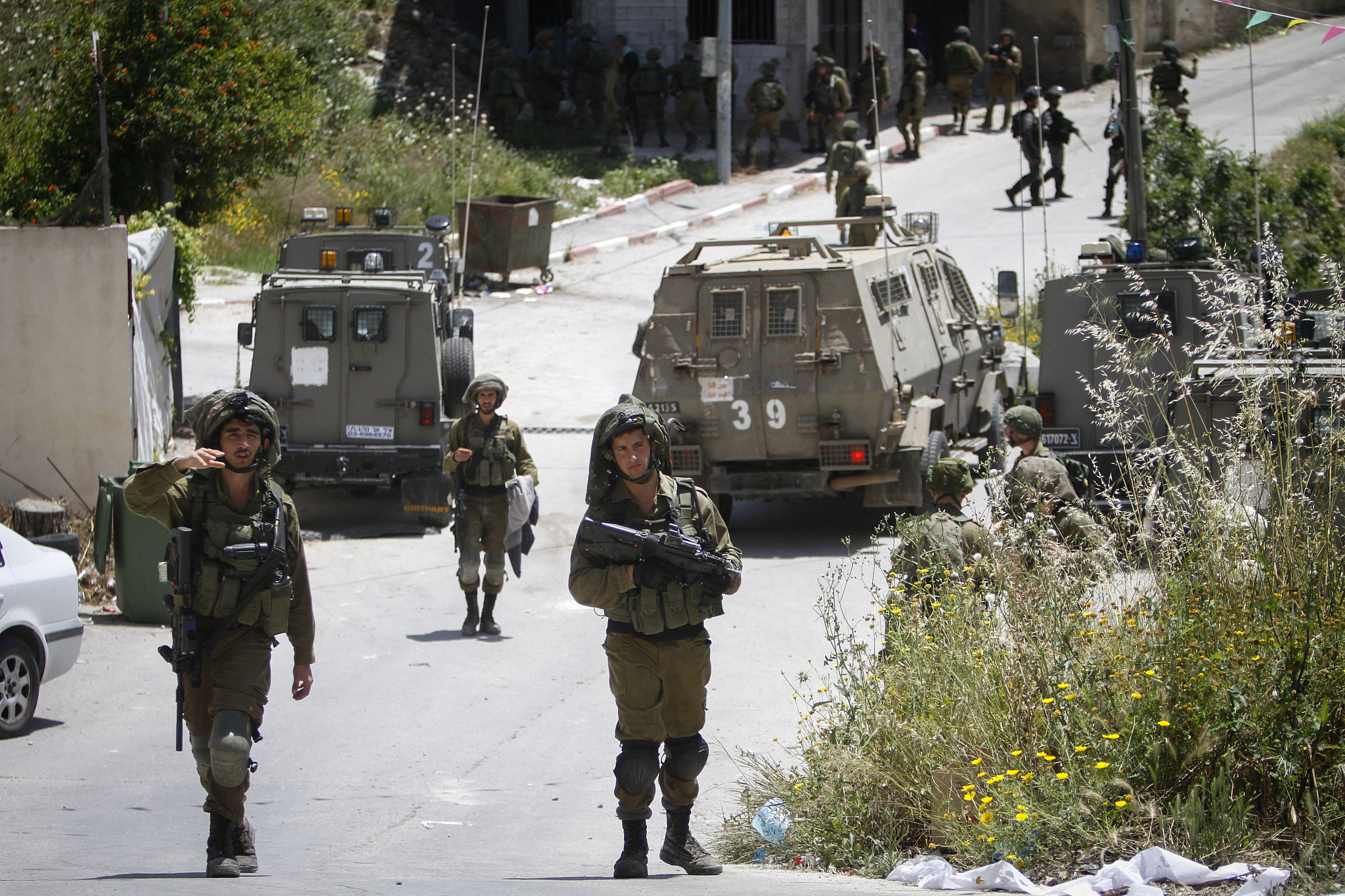 Israeli soldiers detain Palestinians in the village of Yabad near the West Bank city of Jenin during a search operation after the death of an Israeli soldier, May 12, 2020. (Nasser Ishtayeh/Flash90)

Those currently devising new and creative punishments for Palestinian society after Thursday night’s attack are aware that their efforts are not “solutions” so much as steps in a routine that has grown depressingly repetitive. After all, there is a reason that “mowing the lawn,” “searing the consciousness,” and “showing them who’s in charge” have become interchangeable statements in the Israeli political consensus. This “security theater” is aimed at re-assuring the populace that Palestinian violence can be quelled through some ultimate, brutal, bloody gesture, whose sheer force would terrify Palestinians so completely that safety will be achieved without the need for a political settlement.

But these warmongering statements feel increasingly stale. They are rehearsed arguments visibly frayed from overuse, a ritual increasingly devoid of substance. Cynical proponents of “managing” or “shrinking” the conflict will try to dissuade Israelis from thinking that this state of affairs is untenable. Some might be surprised to learn that despite abolishing talk of a solution, the problem has stubbornly refused to disappear. But the fact remains inescapable: as long as Israel chooses this vision of “security” while abandoning any pretense of trying to “end the conflict,” we can only expect more victims.

Indeed, as the images of Tomer Morad, Eytam Magini, and Barak Lufan — three young men whose lives were cut short while enjoying a night out with friends — are broadcasted around the world, I’m reminded of names and faces that have already been forgotten or ignored by the media. Of Amar Shafiq Abu Afifa, an 18-year-old Palestinian who was shot dead by an Israeli soldier while enjoying a hike in the southern West Bank last month. Or Ismail Tubasi, who was murdered by settlers and whose body was mutilated in the South Hebron Hills last May. Or Nader Rayan, only 17, who was gunned down by Israeli soldiers on his way to work in Nablus in March.

The list of names, overwhelmingly of Palestinians, runs long, a rising death count at a time when there is no hope on the horizon — when pain, despair, and rage are the order of the day. 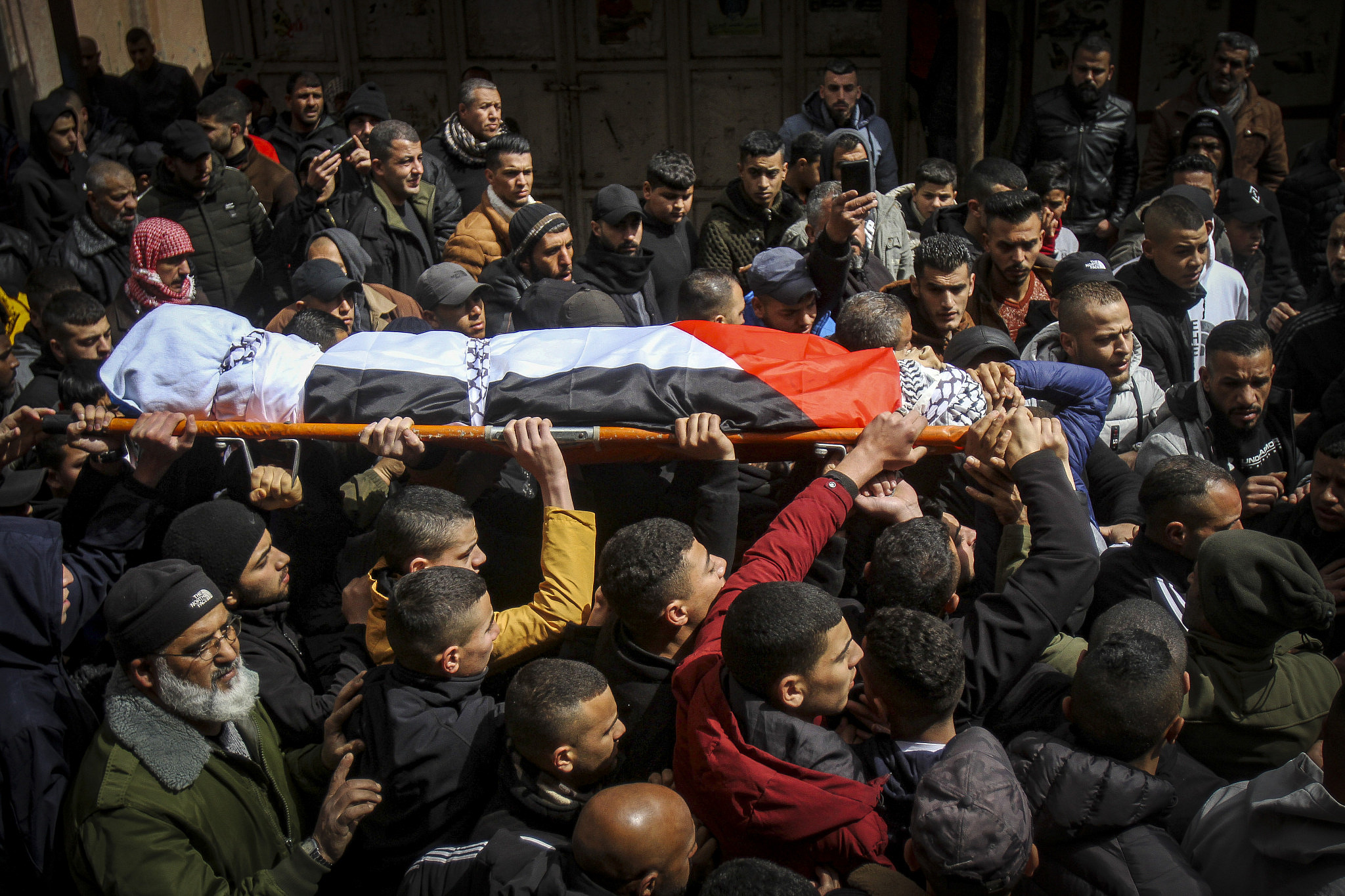 Mourners carry the body of 16-year-old Nader Rayan during his funeral at Balata refugee camp in the West Bank city of Nablus, March 15, 2022. (Nasser Ishtayeh/Flash90)

I grieve. But I grieve not only for the lives lost and broken, not only for the fear that gripped the hearts of parents, siblings, and partners until their loved ones replied to their frightened messages. I also grieve for the absence of a clear political alternative: a path, or even the beginning of a path, for how Palestinians and Israelis can transform the violent colonial relationship that has governed them for more than a century. One that replaces a tortuous hierarchy of ethno-national and class privilege with true safety, the security of neighborliness, of living together in full recognition that the other will not disappear.

Let’s refuse to accept that despair is inevitable. Let’s refuse to hear the saber-rattlers’ empty promises and hoarse cries for blood. Let’s not compromise for anything other than a true alternative, which even now is waiting to emerge.