The occupation is violence: costly to the occupied, cheap for the occupiers. Only a credible, independent and effective inquiry into IDF actions can begin to make that violence costly to its perpetrators.

Recently it was announced that the IDF had already begun looking into 99 incidents that took place during Operation Defensive Shield. Of these, a criminal inquiry was initiated in five cases, while seven other cases have already been closed. Seemingly, this is commendable news. Alas, experience proves otherwise.

Time after time, official and quite ceremonious promises to establish the truth after attacks on the Gaza Strip have proven to be mere well-staged appearance. From one “inquiry” to the next, the structural flaws remain: no inquiry into the political echelon’s responsibility, while the very same army authorities – those who approve the use of military force – lead the inquiries against rank and file soldiers. In other words, those who gave the legal seal of approval before and during the military offensive are then put in charge of retrospectively “investigating” themselves. These are inquiries conducted with no transparency, while those who initiated them frame them as a “legal Iron Dome,” to quote Justice Minister MK Tzipi Livni. 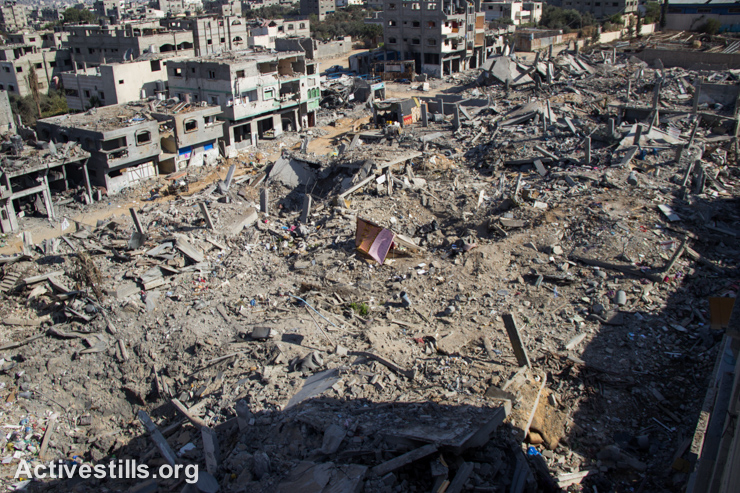 A tent sits among the rubble in a destroyed section of the Shujayea neighborood, which was heavily attacked during the latest Israeli offensive, Gaza City, September 4, 2014. During the seven-week Israeli military offensive, 2,131 Palestinians were killed, including 501 children, and an estimated 18,000 housing units have been either destroyed or severely damaged, leaving more than 108,000 people homeless.

There is sufficient evidence to conclude that such “mock inquiries” will never genuinely deal with what happened this summer in Gaza.

This ongoing reality, of violence that exacts a high price for its victims but that costs very little to its perpetrators, has far reaching implications: it is the mechanism at the heart of the occupation.

Without the use of violence, there could be no occupation. There is no way to control an entire people – not from within its ravaged land, as Israel does in the West Bank; nor by external control, as Israel does in Gaza – without the occupying force using violence. Deprive the occupation of its ability to use violence, and it will be no more. Enable the occupation its violence, and behold, it lasts one more year, and then another, on its way to its fiftieth jubilee and beyond.

This violence is multifaceted: it is the daily violence of an ongoing occupation – the siege on Gaza, the theft of land in the West Bank, restrictions on movement, prevention of development. It also includes lethal forms of violence – in the daily policing of the West Bank, in the repression of Palestinian protests, or in what recently took place on a horrifying scale in Gaza. Those who were injured, disabled or bereaved know by their thousands how much violence was needed over the past 47 years to maintain the occupation.

Taking off the veil of hypocrisy

The arguments currently underway regarding the inquiry into the IDF’s conduct in Gaza during the summer of 2014 are not a theoretical, legal-based discussion between International Humanitarian Law (IHL) scholars and the IDF’s legal advisors. This is not an argument over the legal meaning of “proportionality” or what might constitutes a “legitimate target.” This is an argument about the life blood of the occupation.

Thus far, the violence of the occupation remains costly to its victims and cheap to its perpetrators. But an independent, credible inquiry – not of rank and file soldiers, but of the people who bear true responsibility, including the Military Advocate General, the senior command and top elected officials – could cut off the occupation’s lifeline. It could expose the way in which the upper ranks send their soldiers to deploy this violence against Palestinians, and it can make this violence costly to its perpetrators. 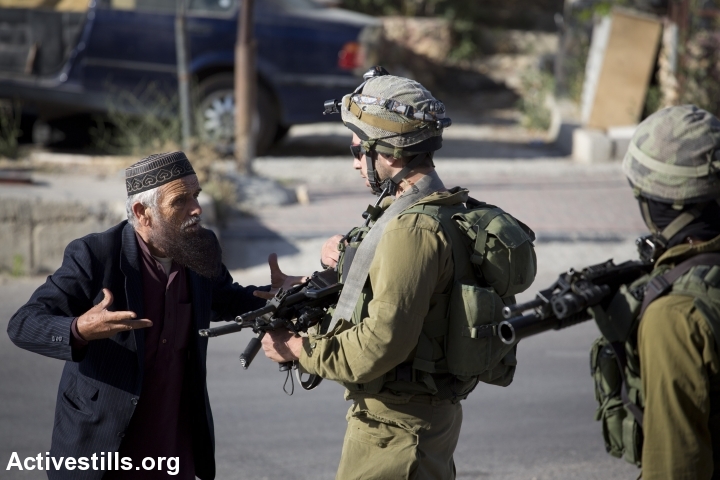 Want to bring the occupation’s demise closer? Insist on an inquiry into IDF actions in Gaza. Not an “inquiry” of the kind that B’Tselem recently vowed to strip of its veil of hypocrisy by refusing to go along with this system of whitewashing. Instead, insist on an independent, effective inquiry – one that would shake the foundations of the occupation, like a bomb dropped by an F-16 on a populated building in the heart of a residential area. Like a live bullet that hits a Palestinian youth in the chest and ends his life.

Translated by Keren T Rubinstein; originally published in Hebrew in Walla! news. Hagai El-Ad is the executive director of B’Tselem.