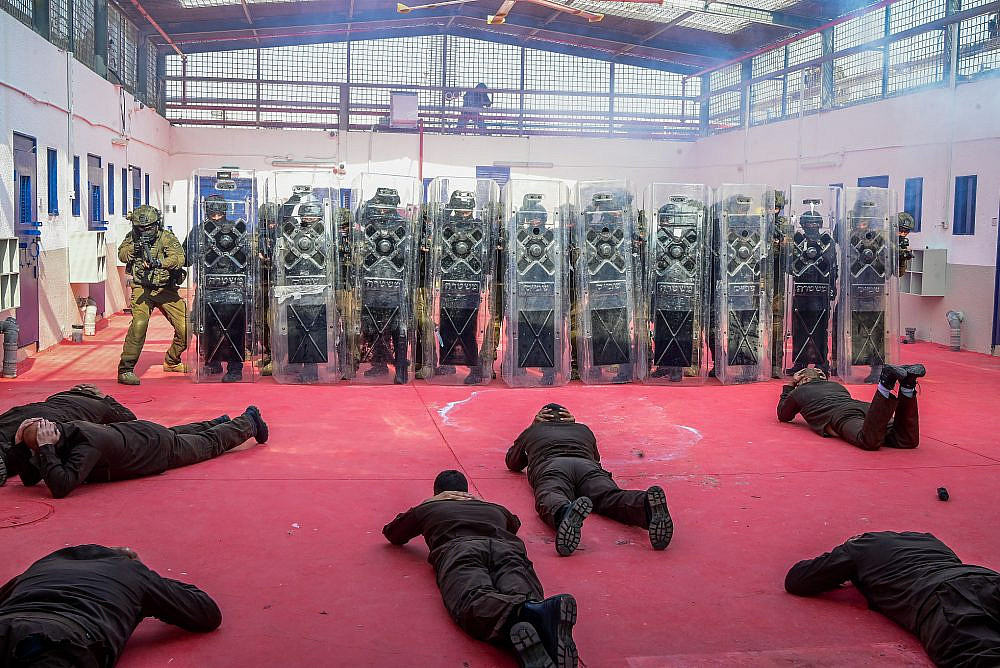 Since taking office as Israel’s national security minister, Itamar Ben Gvir has placed the question of Palestinian political prisoners high on his agenda. In early January, he visited the newly-renovated Nafha Prison in the Naqab/Negev to “make sure that the murderers of Jews are not receiving improved conditions as result of the construction of the new cells,” and encouraged the Israeli flag to be hung at the entrance of each wing. He also ordered the Israel Prison Service (IPS) to restrict the visits of Knesset members to security prisoners — visits that are usually undertaken by Arab representatives — allowing only one MK from each party to visit.

In addition, the minister reprimanded the police for allowing “celebrations,” which included the waving of Palestinian flags, in the Arab village of ‘Ara following the release of Palestinian citizen Karim Younis, Israel’s longest-serving prisoner, after 40 years behind bars. “Until the government passes a law imposing the death penalty for terrorists, I will do everything in my power to ensure that they will leave prison in shame,” he said.

These moves follow on from Ben Gvir’s pre-election propaganda regarding so-called “security prisoners,” in which he vowed to end what he described as the “hotel conditions” that Palestinian inmates supposedly enjoy. On several occasions when he was an opposition MK, Ben Gvir tried to harass Palestinian prisoners who were on hunger strike, and even tussled with then-Joint List head Ayman Odeh in the hospital. He also regularly criticized the IPS and then Public Security Minister Omer Bar-Lev each time an agreement was reached with prisoners who had launched a hunger strike.

Now in power, he appears to be translating his aggressive views into policy. The coalition agreement signed with Prime Minister Benjamin Netanyahu includes a clause approving what he has been demanding for years: capital punishment for “terrorists.” A few days after Ben Gvir took office, the IPS announced that it would disperse dozens of senior Palestinian prisoners, including the prominent political figure Marwan Barghouti, in order to break up the “centers of power” inside the prisons. Although the move was decided before the election, it was seen as part of Ben Gvir’s support for ending the current system in which prisoners are placed in wings according to their party affiliation (Fatah, Hamas, PFLP, and so on). 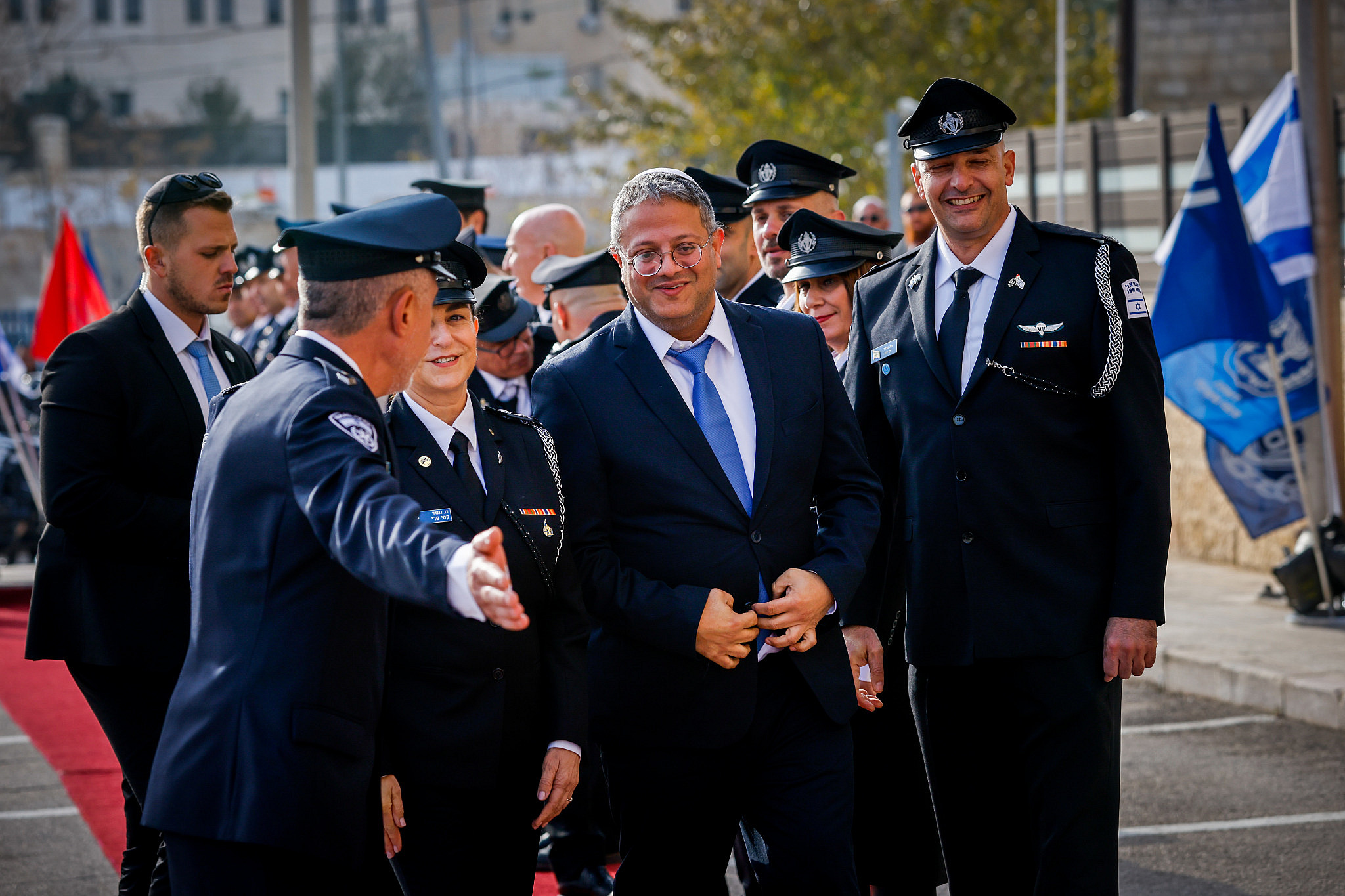 The order to limit MKs’ visits to political prisoners is actually a renewal of a decision made by then-Public Security Minister Gilad Erdan in 2016, after former Balad MK Basel Ghattas was convicted of using his parliamentary immunity to smuggle mobile phones to prisoners. But Ben Gvir’s decision appears to have already added pressure on Palestinian MKs, who may fear that the government will open up a new front of incitement against them; no serving Knesset member has yet visited the released prisoner Younis, although some of them had visited him while he was incarcerated.

‘Many prisoners have nothing left to lose’

“Ben Gvir didn’t bring anything new, he’s just trying to get headlines in the media,” said Ghattas, whose case brought the initial change in the procedure for prison visits. “Erdan was just as extreme, cruel, and fascist as Ben Gvir, but he was serious in his decision. Every Knesset member has the right to visit the prisoners to find out their situation and their conditions. If the Arab MKs really did not visit Karim Younis after his release, it means they were very afraid of the reaction on the Israeli street, which is very unfortunate.”

Former Ta’al MK Osama Saadi, who visited Younis in prison a few months ago, told +972 that there was an improvement regarding visits to Palestinian prisoners during the tenure of the previous government. He explained that after Erdan’s decision, he, together with former Hadash MK Yousef Jabareen and the legal center Adalah, petitioned the Israeli High Court demanding that all MKs be allowed to visit prisoners, on the grounds that Erdan’s decision violates their parliamentary immunity. But the court chose not to intervene.

“In the past year, we made good progress,” Saadi continued. “We held several meetings with [then-]Knesset Speaker Mickey Levy, Minister Omer Bar-Lev, and the Knesset’s legal advisor, and we reached an agreement on allowing visits again. I submitted a request to visit Marwan Barghouti and Karim Younis. The Public Security Ministry agreed to [visiting] Younis and opposed [visiting] Barghouti. What Ben Gvir is trying to do is prevent MKs from fulfilling their duties, seeing the conditions of detention, and hearing prisoners’ complaints.”

Saadi claimed that the fact no sitting MK visited Younis after his release is coincidental. “Nothing is preventing the Knesset members from visiting him,” he said. “And they will definitely visit him. It is not true that the incitement on the part of the Israeli media and representatives of the right deters them. This incitement has existed for a long time.” 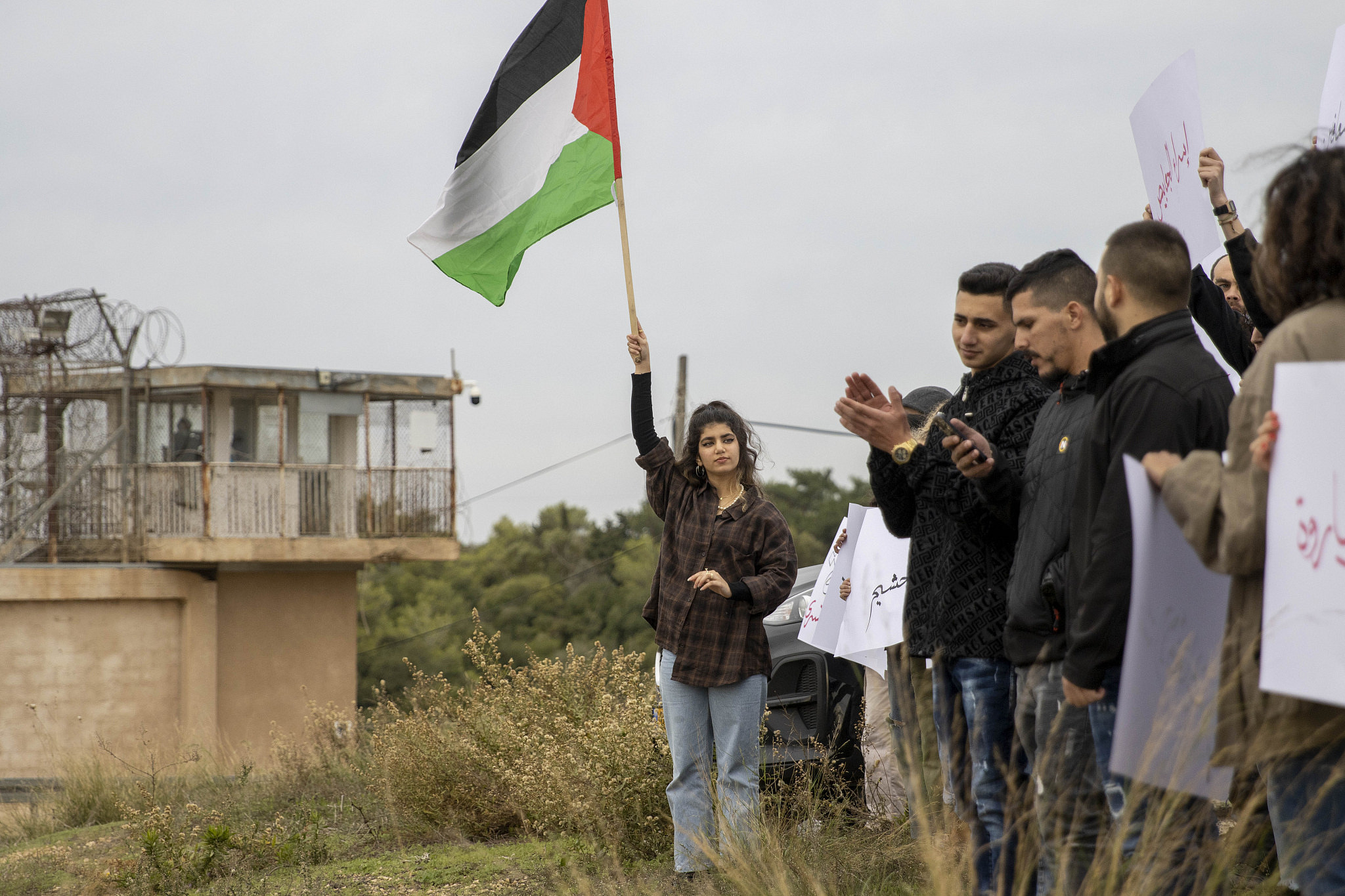 Abeer Baker, an attorney who represents many security prisoners, told +972 that the Knesset’s legal advisor could oppose the decision blocking MK prison visits because of the infringement on parliamentary status, but it is not clear whether the advisor would want to enter into a confrontation with the Knesset speaker and the government. Baker also estimated that if the matter returns to the High Court, it will again choose not to intervene.

Like Ghattas, Baker believes Ben Gvir is stronger in his provocation than in his implementation when it comes to prisoners. She points out that the IPS itself prefers that prisoners sit in wings according to their party affiliation, contrary to Ben Gvir’s intention to disperse them. “There are prisoners who are already asking today not to be associated with any organization, because it makes their conditions more difficult [due to IPS policies toward different factions],” she said. “Most of the prisoners from the ‘Knife Intifada’ (a wave of individual attacks that began in late 2015) do not belong to any party, but the IPS insists on linking them to one.”

Baker explained that Palestinian prisoners usually achieve better conditions through their strikes and struggles against the authorities behind prison walls, while knowing how to mobilize the Palestinian public behind their cause. The IPS and the security establishment are aware of this, and are therefore wary of a face off.

“Those who think that it is possible to put more pressure on the prisoners are wrong, since their conditions are the minimum of the minimum,” she explained. “They were denied a university education, and the money they receive is not enough for them even for the canteen. “All that remains for these prisoners today are family visits and two hours of walking around the yard. If [Ben Gvir] decides to deprive them of these things out of revenge and racism, the prisoners will know how to respond. Many of them have nothing left to lose — they were sentenced to life imprisonment, there is no hope of being released, and there is no hope for a political solution.”

And yet, in the event that Ben Gvir does decide to strip those last rights, Baker does not expect the Israeli courts to intervene in the prisoners’ favor, likely compelling many prisoners to not even bother turning to the legal route. “Harming the prisoners and robbing them of the minimum that they have left will lead to a flare-up in the prisons, and this will inevitably lead to a major escalation outside the prisons too,” she said. 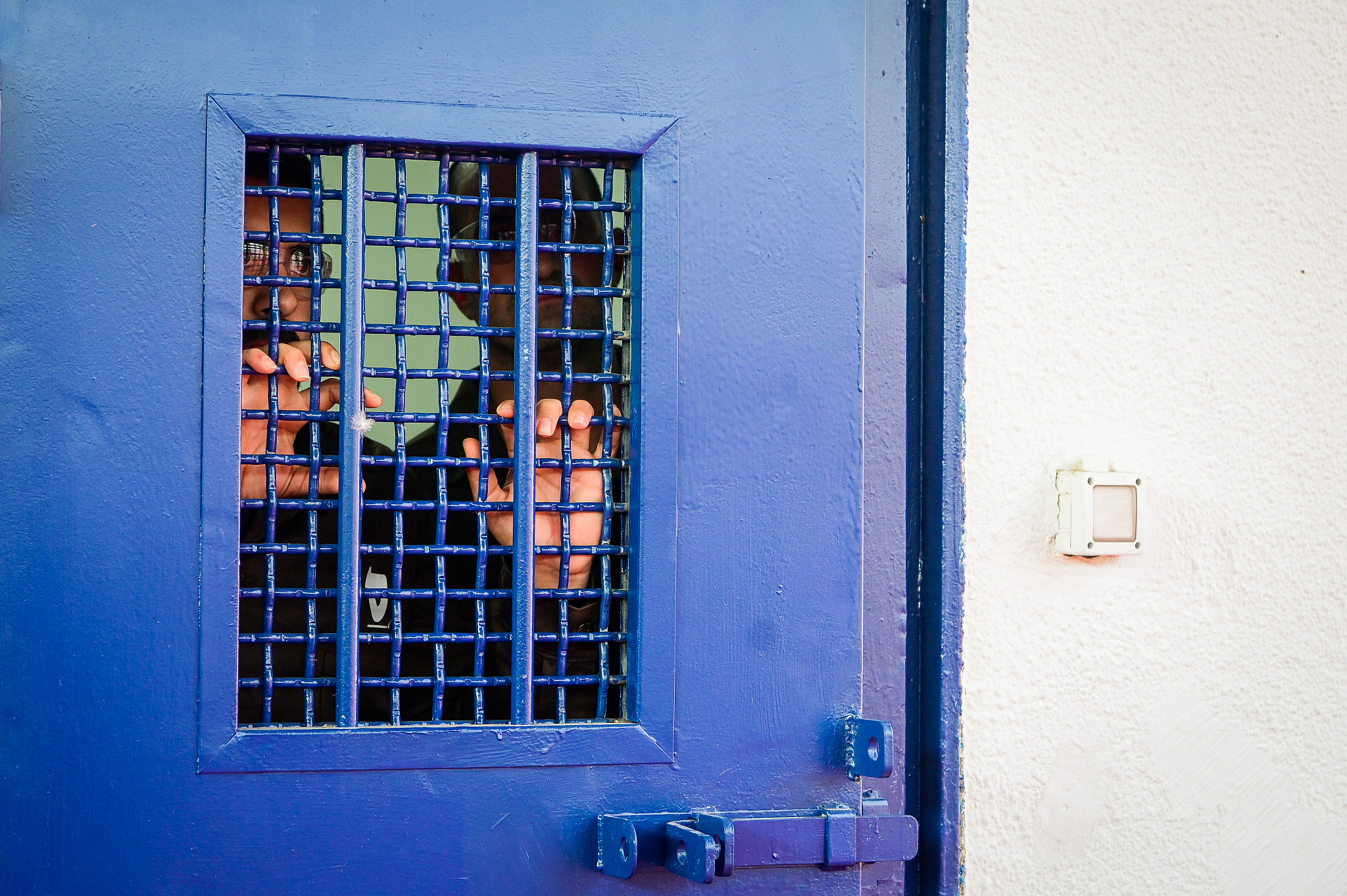 ‘Ben Gvir thinks this these matters will earn him points’

Ghattas, who spent two years in prison, recalls that a committee established by former minister Erdan at the time recommended “many measures of abuse against the prisoners, extending to small details like removing chairs from the prison yards, preventing them from preparing their own food, and reducing or even canceling the canteen.” But these recommendations were not implemented in the end.

“After threats from the prisoners and a hunger strike, the state reversed its decisions. This is what will happen if Ben Gvir continues his attempts to harass prisoners,” said Ghattas, adding that the threat to dismantle the party affiliation system within prisons would generate “huge chaos, which the IPS doesn’t want.”

Ghattas also doubts whether Israel will interfere with the transfer of funds from families to prisoners enabling them to buy products from the prison canteen. “Israel benefits from these funds,” he explained. “If the prisoners stop buying food from the canteen, the prison management would have to provide them with enough food according to what is required by law.”

Although the High Court decided that the minimum area for a prisoner’s living quarters must be 4.5 square meters, Saadi said that this does not apply to security prisoners. “They are in very old prisons, most of them from the [British] Mandate era. Prisoners are not allowed time away, they are not allowed to get married or speak on the phone,” he explained. They are also not entitled to a one-third reduction of their sentence, as criminal prisoners are.

Saadi also finds it hard to believe that Ben Gvir’s demand to impose the death penalty will be carried out. “Military courts, according to the current law, can hand down the death penalty with the approval of three judges, but they do not do so because of the political and security establishment’s opposition,” he said. “Younis received a death sentence at first, but they changed this to life imprisonment, and then to 40 years.” 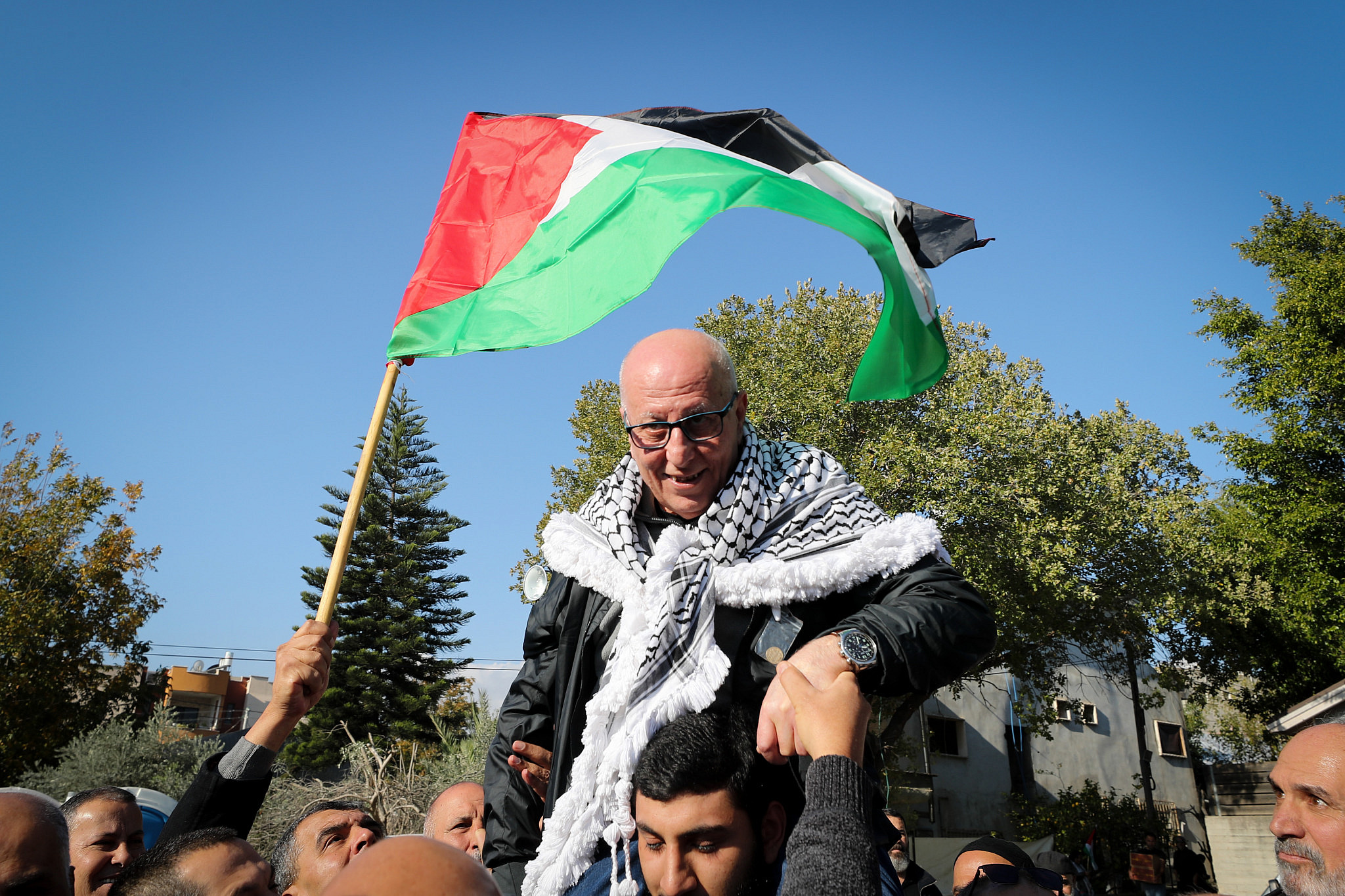 Saadi was present at Younis’ welcome tent in ‘Ara when Israeli police tried to storm in and break up the celebrations, but failed both because of the resistance of those present and because they could do little against a tent erected in the yard of a private house. “It is worth mentioning that ministers in the government visited Elor Azaria and murderers of Arabs, and no one said a word,” Saadi added. He further noted that Ben Gvir’s order to prevent the waving of Palestinian flags is illegal, and in any case would face resistance from Palestinians in Israel, many of whom have been posting Palestinian flags on social media in protest.

“It is clear that Ben Gvir thinks these matters will earn him points, but the truth is that if the new government adopts them, it is a good thing,” said Saadi, because it would show the world the extent of Israel’s abuses.

The greater danger, however, lies in other measures that the government may pursue such as revoking the Israeli citizenship or Jerusalem residency of Palestinian prisoners. Last year, the High Court approved the policy of citizenship revocation against individuals convicted of “terror attacks” or “breach of loyalty to the state,” and this month, the Knesset advanced a preliminary reading of a bill, with 70 MKs supporting it, that would revoke prisoners’ citizenship or residency if they received stipends from the Palestinian Authority.

“This is much more dangerous than Ben Gvir’s statements,” warned Saadi, “because these are practical and legal measures, which even opposition parties supported.”