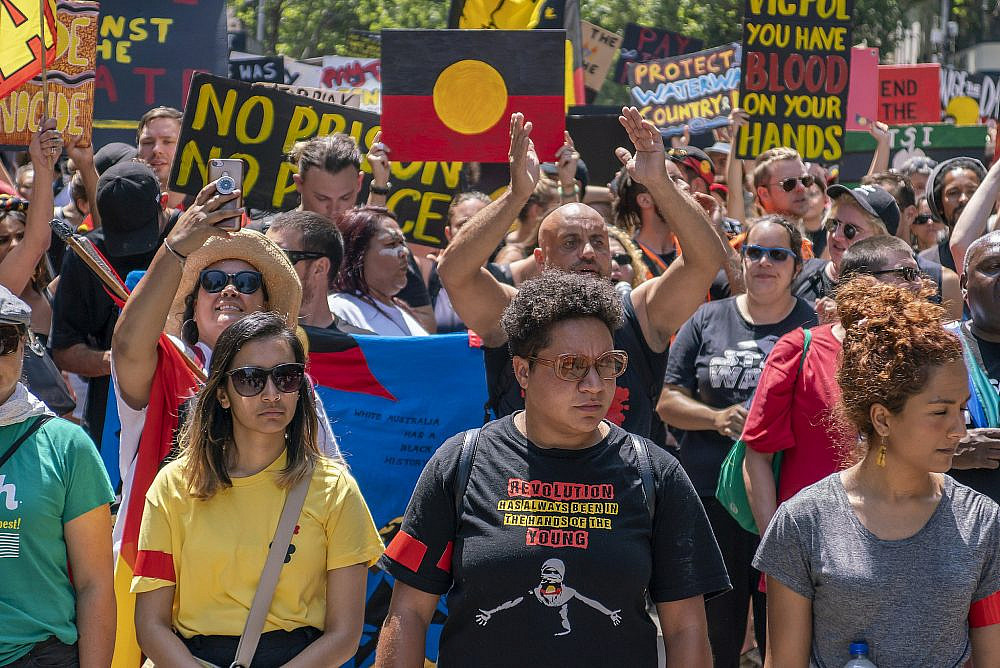 Protesters march in support of indigenous rights at the Invasion Day rally in Melbourne, Australia, January 26, 2020. (Flickr/Matt Hrkac/CC BY 2.0)

Last October, an Australian Zionist youth movement opened a Zoom call for its young leaders with an “Acknowledgement of Country.” The group, in which I’d been active as a teenager and which had invited me to speak about my anti-occupation activism in the U.K. and Palestine-Israel, recognized the Gadigal People of the Eora Nation as the traditional owners of the land, paid tribute to elders past and present, and affirmed that “sovereignty was never ceded.”

The Acknowledgement of Country has become commonplace in Australia, as it has in the United States and Canada, in an attempt to recognize the horrors settlers committed against the First Nations populations of those countries, as well as the colonial policies that persist to this day. The irony of a Zionist youth movement acknowledging indigenous land ownership, however — in a call held around the theme of “living your values” — was seemingly lost on the participants.

The Australian-Jewish community increasingly prides itself on its commitment to supporting the struggle of First Nations Peoples for justice in light of Australia’s colonial past and present.

Today, many synagogues host events with First Nations activists, while communal organizations like Stand Up attract the cream of the crop of progressive young Jews to work in partnership with remote First Nations communities across the country. Even Betar, the far-right youth movement established by Revisionist Zionist leader Ze’ev Jabotinsky, along with the Board of Deputies for New South Wales, signed a 2020 letter of support for the Uluru Statement — an initiative to enshrine the voices of First Nations Peoples in Australia’s constitution.

While it is important for Australian Jews to reflect on the ways they profit from the legacy and ongoing mechanisms of settler colonialism, and doing so marks a positive first step toward redressing the displacement of First Nations Peoples, such gestures also present a troubling paradox: with the vast majority of communal organizations maintaining their commitment to Zionism, they are either silent on, or supportive of, Israel’s long-term project of ethnic cleansing of indigenous Palestinians, which has vast parallels with Australia’s own colonial history. 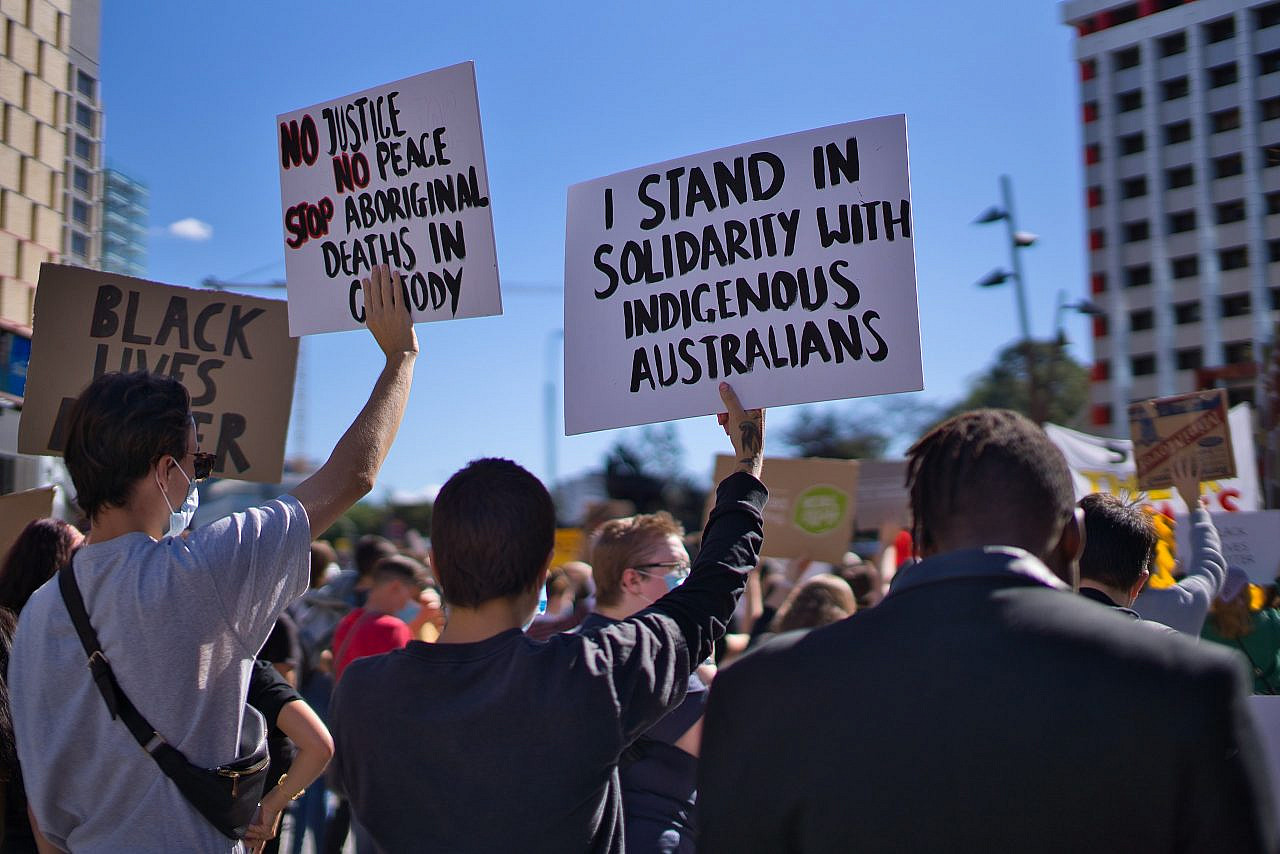 As progressive Australians increasingly connect the struggles for liberation and decolonization at home and abroad, the Australian-Jewish establishment, in maintaining its fealty to a colonial movement, risks positioning Jews as incompatible with these broader movements for justice and presenting them as beyond the scope of progressive politics — even as it touts its own decolonial bona fides vis-à-vis First Nations Peoples. This is not only dangerous for Jewish safety, but also plays into the false notion that support for the Jewish community is predicated on opposing Palestinian liberation — a common cudgel used to attack and silence Palestine advocacy, and which flies in the face of the values supposedly underpinning the commitment to indigenous rights in Australia.

Australia’s Jewish community is a relatively “new” one, having tripled in size between 1946 and 1961 (from around 20,000 to around 60,000), as tens of thousands of Holocaust survivors arrived in the shadow of the atrocities they escaped in Europe. But unlike the Jewish communities in the United States and the U.K., whose younger generations have expressed growing resistance to the communal establishment’s politics in recent years, even the most progressive parts of the organized Australian-Jewish community have tended to remain steadfast in their Zionism.

While Jewish Australians have, at times, drawn parallels with the displacement and persecution of First Nations Peoples and that of Jews across the world, the aftermath of the Holocaust has firmly cemented Israel as a story of Jewish liberation, rather than colonization. This, combined with a shallow understanding of the impact of Zionism on Palestinians over the past century, renders comparisons between First Nations Peoples and Palestinians beyond the pale for the vast majority of Australian Jews.

Indeed, the cognitive dissonance that arises for many Jewish Australians when confronted with the obvious parallels between settler colonialism in Australia and Palestine reflects how Jewish communal educational frameworks exempt Israel from the broader universalist values that govern our other calls for social justice. Israel advocates have worked hard to ignore the colonialist aspirations of Zionist leaders like David Ben-Gurion and Joseph Weitz — who never hid their ambitions to expel Palestinians en masse and prevent them from returning after the Nakba — while emphasizing a depoliticized conception of Israel’s kibbutzim, hi-tech industry, and military prowess. 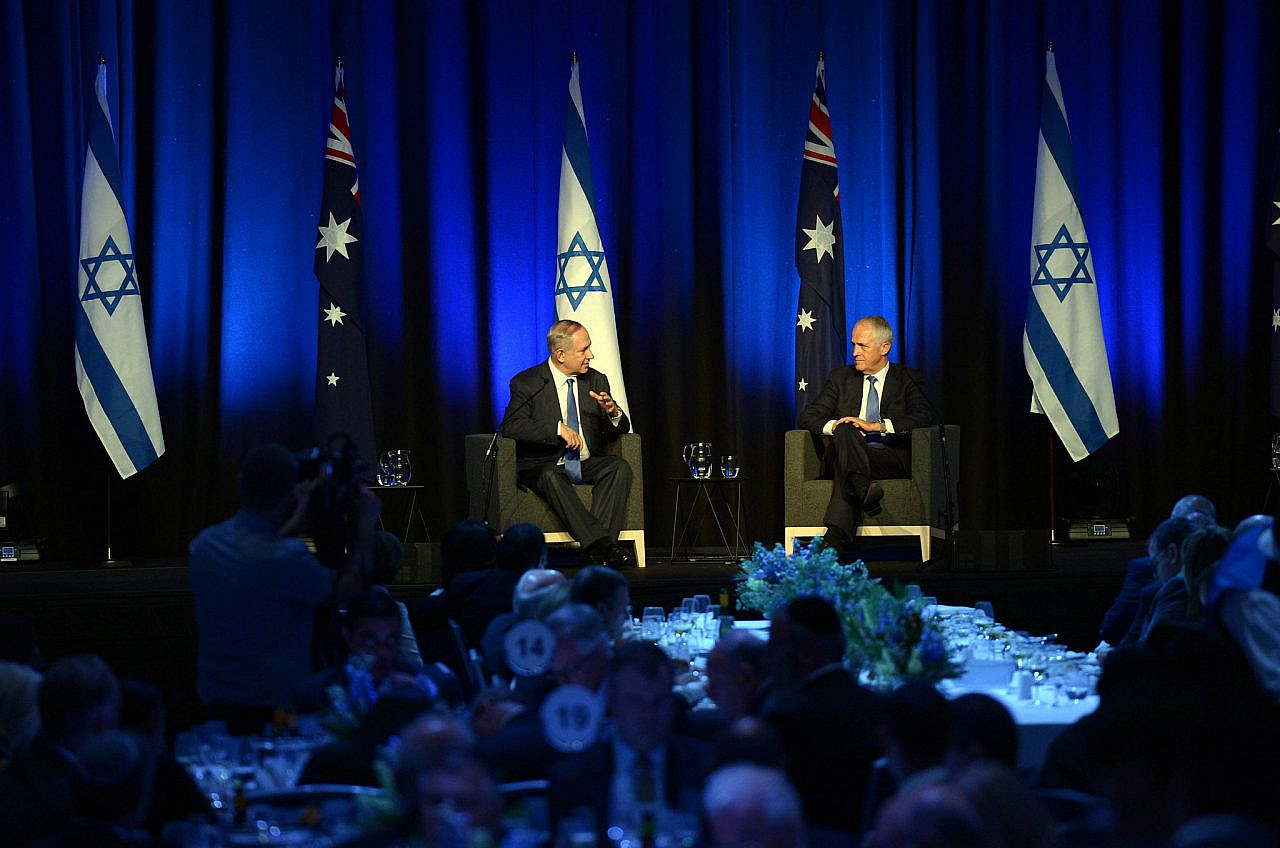 This resistance to acknowledging Palestinian oppression is, in part, shaped by broader forces in Australian society. A latent undercurrent of Islamophobia — fed, in the early 2000s, by news coverage of 9/11, the Second Intifada, the Bali bombings, and the Iraq War — has effectively silenced Arab and Palestinian-Australian voices articulating even basic sympathy for Palestinians in mainstream media outlets.

It is unlikely that Jews are any more Islamophobic than other Australians, but our community’s commitment to Israel despite its regime of apartheid relies on dehumanizing Palestinians as terrorists or antisemites who want to drive “the world’s only Jewish state” into the sea. And when Palestinian activists and their allies do break through the wall of ignorance, Australian-Jewish communal leaders rely on the increasingly popular strategy of declaring their testimonies and agenda to be antisemitic.

Australian Jews are certainly not responsible for what happens in Israel purely because they are Jews, and for many their solidarity with First Nations Peoples is genuine. The crucial missing factor is that decolonization is a movement rooted in internationalism: liberation for all, with no one left behind. By supporting a violent colonial regime, and refusing to acknowledge the parallels between settler colonialism in Australia and Palestine, the Jewish community risks being perceived as an opponent to, rather than a partner in, the movement for justice and liberation.

An opportunity for solidarity

Much like James Baldwin’s proclamation in the 1960s that when it comes to matters of race, “white liberals tended to be more white than liberal,” left-wing Zionism continues to pledge its allegiance to Zionist ideology ahead of its humanist and universal values, as evidenced by recent spats in Australia over successful cultural boycotts and student BDS motions.

But in this ideological crisis lies an opportunity for greater solidarity. Instead of getting distracted by the intellectual paradoxes of liberal Zionism that have weighed down their U.K. and U.S. counterparts, which only serve in affirming the Jewish establishment’s attempts to paint growing public support for Palestinian human rights as attacks on Jewish identity, Jewish progressives in Australia can instead focus on organizing their community around the values of decolonization, anti-racism, and liberation. 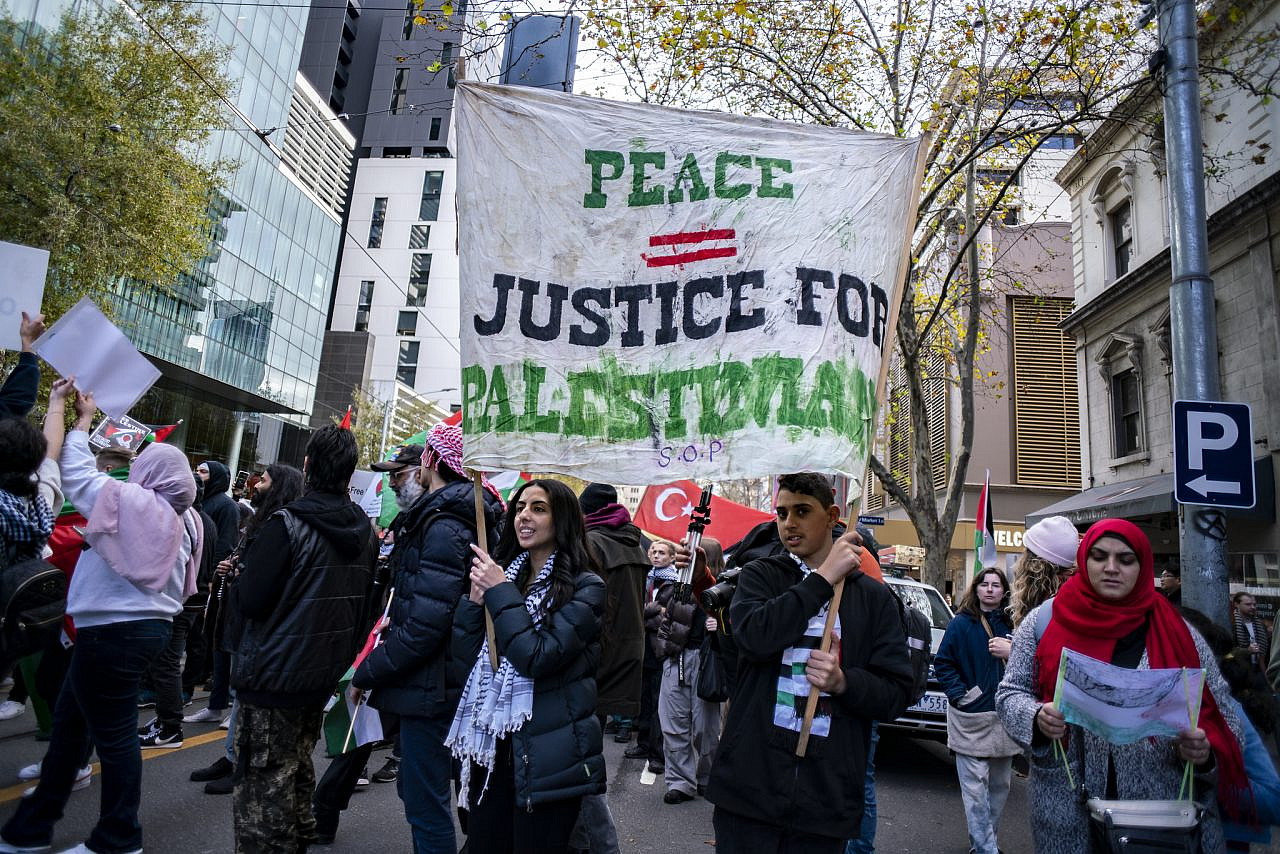 Protesters rally in solidarity with Palestinians in Melbourne, Australia, May 15, 2021. (Matt Hrkac/CC BY 2.0)

Parallels between the experiences of First Nations Peoples and the experiences of Palestinians can act as powerful pedagogy to agitate Jews into social justice movements. Groups like the Loud Jew Collective and Tzedek Collective are already undertaking part of this important work — including through their incisive “Quit Your Zionist Youth Movement” social media campaign earlier this year.

Better underscoring the intersections of Zionism and colonialism would allow Australian Jews to reject the dominant narrative of Jewish exceptionalism in favor of one of universalism. This, in turn, could ensure that Palestine solidarity activism is not so effectively derailed by the right, which continues to use the issue of Jewish “wellbeing” or “safety” in liberation movements to distract us from the injustices we are trying to address. And finally, by separating out Jewish identity from Israeli nationalism, we will be better equipped to struggle not only for the decolonization of Australia and Palestine, but perhaps also of Judaism itself.

Em Hilton is a Jewish writer and activist living between Tel Aviv and London. She is the co-founder of Na'amod: British Jews Against Occupation and sits on the Steering Committee for the Center for Jewish Non-Violence.
Since you’re here…