facebook twitter email link
Abu Mazen threatens, Netanyahu responds, the right wingers go berserk and Haaretz pundit has a strange plan: if you can’t beat the wild card – join it. Plus – a small surprise
The talk about unilateral moves by Palestinians was all over the media the past few days – but unfortunately, still little talk about the Wild Card (U.S. recognition of such a move). Still, even a little is better than nothing. We’ll keep waiting for a leading pundit to pitch it and for an official American response against or for the Wild Card. But there’s a surprise at the end of this post…

It all started last week with Abbas, who said in Ramallah that “We will turn to the Security Council in order for it to declare our independence within a few months.” 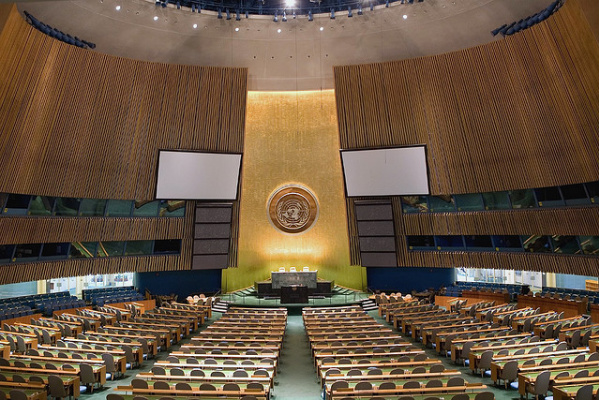 “Any attempt to bypass direct talks by appealing to international bodies will do nothing to advance the true peace process,” the PM’s statements said, adding that the two peoples could achieve “a secure and stable peace solely through direct negotiations, a path I hope we shall return to in full force soon.”

The fact that Bibi is immediately responding to Abbas, in my eyes, is worrisome. Surely if he was truly worried about unilateral moves, he wouldn’t take part in the back and forth about it over the front pages. There’s something fishy about this behaviour, almost as if he wants the Palestinians to go down this route.

The New York Times blames Netanyahu for the failures so far, but also thinks a unilateral move is a bad idea:

Palestinians are grasping for another route. The current favorite: asking the United Nations to declare their independent state. That would dangerously fuel tensions. Israeli soldiers would still be in the West Bank and so would 120 Jewish settlements with 500,000 settlers. Palestinians would not have free access to Jerusalem. Seeking a United Nations declaration would alienate Washington and other diplomatic players.

One thing is certain: the fact that both sides are talking about post-negotiation unilateral moves – even though the talks haven’t been officially killed – says loads.

The best part about the unilateral move hype is the all the panic it’s causing on the right. I find it particularly amusing when Netanyahu cronies bring up mountains of legal arguments, such as: “It would make Oslo void”,or “What about 242, 338?” and so forth. Right. How rich is it to hear those who build illegal settlements suddenly worry about the fate of the Oslo accords, those agreements they hated, the ones they criticized, the ones they did so much to destroy. How bizarre is it to listen to Dore Gold [Heb] or Alan Baker worry about Oslo. I mean, gimme a break.

Caroline Glick seems to be panicking the most, which is a great sign, you have to agree. She already has a plan on how to react to a unilateral move:

Israel should prepare its own unilateral actions aimed at shaping the post-Oslo international agenda. It should implement these actions the moment the Palestinians carry through on their threats. For instance, the day the UN Security Council votes on a resolution to declare Israeli communities in Judea and Samaria and Israeli neighborhoods in Jerusalem illegal, Israel should announce it is applying Israeli law to either all of Judea and Samaria, or to the large Israeli population centers and to the Jordan Valley.

If properly timed and orchestrated, such a move by Israel could fundamentally reshape the international discourse on the Middle East in Israel’s favor. Certainly it will empower Israel’s allies in the US and throughout the world to rally to its side. 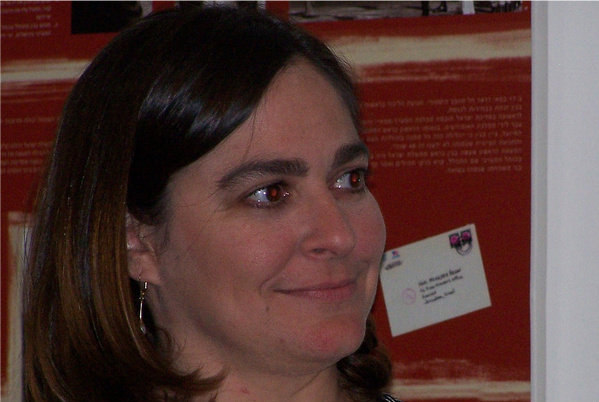 Glick’s boss, Jerusalem Post Editor in Chief David Horovitz, doesn’t go so far as planning for the apocalypse and has a much more rational view of things, and indeed discusses the Wild Card option, too:

… officials within the US administration, while indicating to their Israeli counterparts that the US would veto any effort by the Palestinians to seek binding UN Security Council backing for the unilaterally declared establishment of “Palestine” within the pre-1967 lines, have also been stressing the limits of their veto power. Look at the case of Kosovo, for instance, they suggest. This is a “nation” that has not been recognized by the Security Council, where permanent member Russia is implacably opposed, but whose “statehood” – declared by its parliament in February 2008 and recognized by some 70 countries, including the US – is nonetheless something of a fait accompli.

Aluf Benn, one of the top diplomatic pundits in Israel, seems to be writing about the Wild Card quite a bit lately in Haaretz:

The Palestinian position involving declaration of a state has widespread global backing, and only one thing can prevent the realization of this unsettling scenario: an American veto in the Security Council. Netanyahu will, in months to come, work hard in the diplomatic arena to ensure that such a U.S. veto is in hand; for that purpose, he will mobilize all his supporters in the U.S.

But, surprisingly, Benn seems to panic (even though he writes “Instead of panicking”) himself and offers something similar to a “if-you-can’t beat-’em-join-’em” plan:

Instead of panicking, Israel might try to turn the tables on the Palestinians. “You want to go to the Security Council?” it could ask them. “Be our guest.” Perhaps, instead of waging an all-out war to stave off such a decision in the UN, Netanyahu would negotiate with Obama about the character and content of it, and thus mold it in a way that mitigates any harm to Israeli interests. Netanyahu could, for instance, work to incorporate in such a resolution demands for Israel to be recognized as a Jewish state, for annulling the Palestinian refugees’ right of return, for IDF troop deployment in the Jordan Valley, and for preservation of settlement blocs in the West Bank. Should the Palestinians agree to such modifications, Netanyahu would attain the historical agreement he has promised to achieve; should they say no, international pressure on Israel would abate.

Shomo Tsezna [Heb] of Yisrael Hayom thinks that the Palestinians might have a verbal agreement from President Barack Obama to support their declaration, while Herb Keinon of the Jerusalem Post thinks Israel is in danger of angering the Americans:

One could say with a good degree of certainty that the US would not support unilateral Palestinian efforts in the UN, and will most likely vote against them. But will Washington work with Israel against them, especially if it holds Netanyahu responsible for the current stalemate because of a refusal to extend the settlement moratorium? That right now is a very open question – one the Palestinians are more than eager to pose, and one the world will deem completely legitimate as long as there is no motion. As long as there are no direct talks.

But surprise! The Christian Science Monitor steals the show, and wins today’s Wild Card award when it gives Obama the green light, and is the first major publication to support the Wild Card:

President Obama may soon have an unusual chance to serve the cause of Middle East peace by remaining silent.

He could quietly acquiesce to a move being considered by Palestinian leaders to ask the United Nations to recognize a state of Palestine.

Such a request would only be necessary in one case: if Israel effectively ends any hope of renewed peace negotiations by continuing to build Jewish settlements on Palestinian territory in the West Bank.

Mr. Obama has good reason to give a quiet wink to such a Palestinian request. He is deeply frustrated that Israel renewed its settlement construction last month. That move forced Palestinians to quit bilateral peace talks. It also caused them to contemplate the prospect that theUS is no longer a reliable mediator or able to press Israel to make concessions.