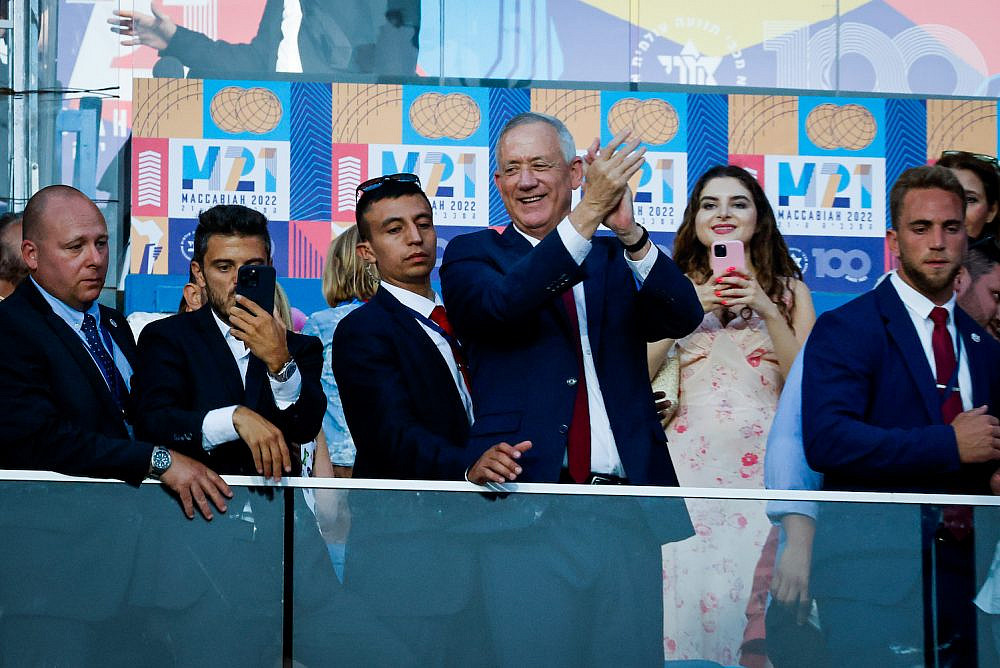 Benny Gantz is undoubtedly one of the most dangerous officials in Israel’s recent history. The latest testament to this was on display across Ramallah on Thursday, when the Israeli army — which falls under Gantz’s purview as defense minister — raided the offices of seven leading Palestinian human rights groups, welded their doors shut, and declared them “illegal.” Shortly after, the Shin Bet threatened two of the organizations’ Palestinian directors, promising they would “pay the price” if they continued their work. The soldiers who stormed the offices, and the intelligence agents who issued the threats, were following an executive order issued a year ago which designated the NGOs as “terrorist organizations” — an order signed by Gantz himself.

As with any institutions, Israel’s political and military structures cannot be pinned on any single individual. And for Palestinians in particular, these institutions have acted with a great deal of consistency regardless of who is in power. Yet it is hard to dispute that for the past decade, Gantz has held a special place in this machinery of violence. Whether sporting an army uniform or donning a dark suit, he has been at the center of some of the most egregious acts of oppression against Palestinians in recent years, among which the outlawing of top civil society groups is only the tip of the iceberg.

After serving in various positions from the Israeli Air Force to the Lebanon-Syria front, Gantz was appointed in 2011 as the army’s chief of staff by then-Defense Minister Ehud Barak, acting as the military’s highest commander until 2015. In the summer of 2014, with Benjamin Netanyahu as prime minister, Gantz directed the notorious 50-day assault on Gaza named “Operation Protective Edge,” in what would be one of its most destructive and deadly military ventures in years. Gantz would later boast about this “achievement” during his electoral campaign, with a video praising his work in sending parts of Gaza “back to the Stone Age.”

Gantz’s tenure in government has been no less brutal. As defense minister in two different coalitions in as many years, he has overseen two further military assaults on the blockaded strip: “Guardian of the Walls” in May 2021 and “Breaking Dawn” earlier this month. In the Bennett-Lapid coalition’s year in power, Israeli forces and settlers, under Gantz’s watch, killed over 90 Palestinians in the occupied West Bank — a 60 percent increase compared to the last year of Netanyahu’s reign — and intensified their incursions into Palestinian towns and cities. On top of all this, the defense minister initiated the alarming step of criminalizing the most prominent Palestinian NGOs in a single stroke, a move that even Netanyahu didn’t dare pursue.

This record of violence is widely glossed over by many observers, who once saw Gantz as a worthy contender to replace Netanyahu as prime minister. Indeed, since putting his Blue and White party on the ballot in 2019, the general-turned-politician has tried to craft an image of himself as a statesman, offering Israelis a model that combines gritty militarism and secular chauvinism without the dramas and eccentricities of his predecessors. It is a posture that has worked well for many Israeli voters and foreign dignitaries, with some even hailing Gantz as a “centrist” counterweight to more far-right parties.

But underneath all his posturing lie deeper truths about the man. The first is that Gantz’s politics, like those of the wider Israeli “center,” mimic many of Likud’s right-wing policies in all but name; his new alliance with Gideon Sa’ar, a former rival of Netanyahu within Likud, reaffirms that ideological kinship. And when it comes to the Palestinians, Gantz — like his coalition partner Yair Lapid — has promised to deliver more of the same: a regime that has no qualms with waging constant violence to keep Palestinians under Israeli control, from fighter jets over Khan Younis to bulldozers in Masafer Yatta.

The second truth is that the defense minister, while clearly emboldened by his impunity, is also hounded by insecurities. It is no coincidence that the Palestinian NGOs targeted by Gantz’s order have listed his name as a key suspect for the International Criminal Court to investigate as a war criminal, and are on the frontlines of exposing his crimes and turning international opinion against Israeli apartheid. Even as Gantz rides on his power trip, Palestinians and their allies are still fighting to make sure he does not sleep soundly at night.