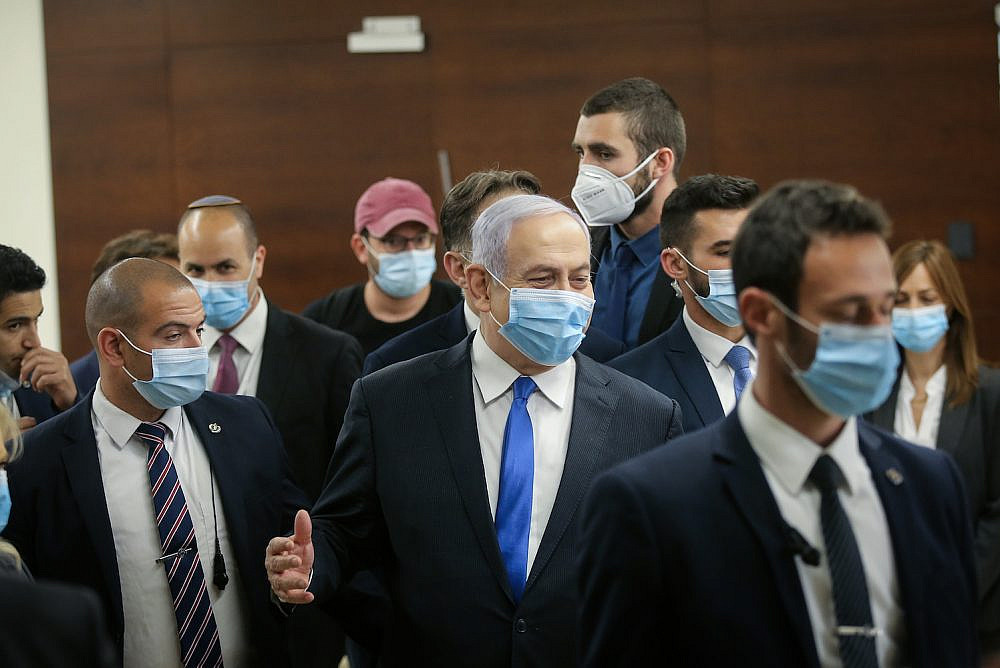 Israeli prime minister Benjamin Netanyahu walks in the Israeli parliament after presenting the 35th government of Israel to the Knesset, May 17, 2020. (Alex Kolomoisky/Pool)

Israel’s 35th government will be a dangerous one. It is a government that most likely will cast aside the central problems plaguing Israeli society. In some cases, it may even exacerbate them.

The severe economic crisis that has grown in the wake of the coronavirus lockdowns is taking its toll. Over a million unemployed Israeli citizens have no idea whether or when they will be able to return to work, and the designated time period to apply for unemployment benefits — which are nowhere near enough to cover the cost of living — is slowly ticking away. Large businesses are closing up shop, independent workers are drowning in debt, and asylum seekers and foreign workers are ineligible for government support.

When the new government was sworn in on Sunday, Prime Minister Netanyahu promised that bringing an end to the economic crisis would be at the top of his priority list. But those promises ring empty when considering the direction we are already heading in. Netanyahu has pledged to “do as much as possible to bring the economy back to where it was.” That means going back to a situation in which one in three children live in poverty, with citizens forgoing purchasing medicine to ensure they have enough money to pay their water and electricity bills. It means going back to tens of thousands of families facing food insecurity and thousands waiting in line for public housing.

But with the current government, the possibility of going back to the previous, awful situation also seems like a distant dream. According to Adva Center, an Israeli progressive think tank, the government bailout packages are expected to help corporations rather than average citizens. In recent months, we have witnessed how the government has essentially ignored people with disabilities who have lost a major source of income after the factories they were employed in shut down. We saw the cold-hearted refusal to guarantee a minimal and stable income for beneficiaries of welfare stipends who have been forced into unemployment. We have seen discrimination between Jewish and Arab municipalities when it comes to local authorities handing out unemployment benefits. And the list goes on. 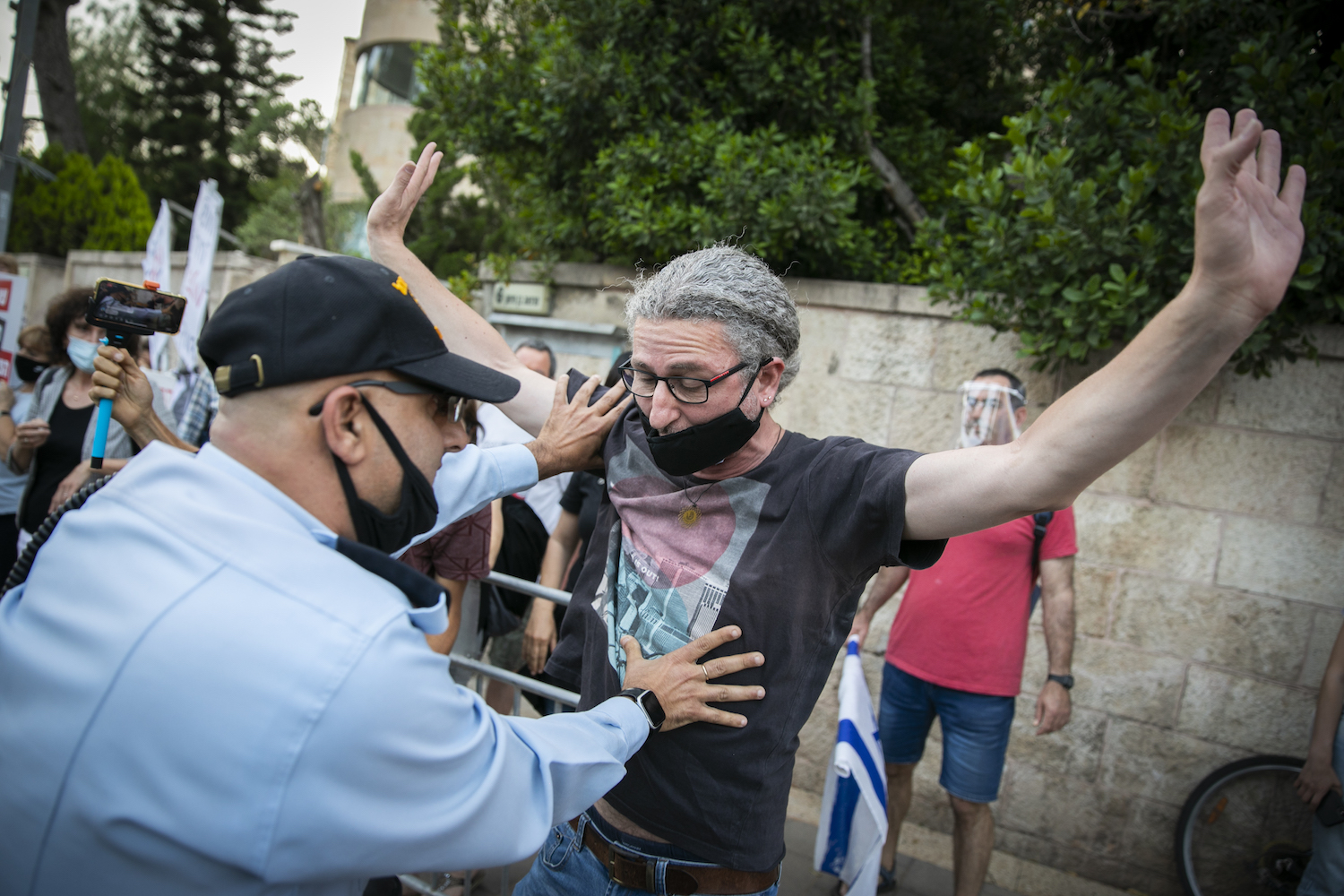 On the other hand, the new government has diverted quite a bit of funds to its record-setting 34 ministerial portfolios — to the tune of NIS 238 million. The creation of arbitrary and confounding new portfolios not only means that similar responsibilities will be shared among various ministers, but that chaos will likely reign well into a year and a half from now, when the rotation and swapping of government portfolios is to come into effect, as per the coalition agreement signed between Netanyahu and Benny Gantz.

Beyond the inordinate amount waste, the main concern is that the confusion could make it difficult to advance any policies, and that the significant decisions that shape our lives — particularly in light of the economic crisis — will be made exclusively by the Finance Ministry. This is the same ministry that doesn’t believe that single mothers and the elderly should receive benefits to help them survive the crisis.

So, what is at the top of this government’s priority list? Annexation. It could officially annex large swaths of the West Bank under Israeli law, a move that could ignite the region and worsen Israel’s relations with Jordan and the European Union. Or it could continue to annex the occupied territories quietly and gradually, without any official statements, as has been Israel’s practice for decades.

As Israel deals with both a health and economic crisis, it needs to be reminded that it still controls the lives of millions of Palestinians through a tyrannical military regime in the West Bank and Gaza Strip. In these places, too, COVID-19 has taken a heavy toll on people’s livelihoods and brought many families to the brink of starvation.

The Israeli right has succeeded in turning the system of racial segregation and apartheid in the occupied territories — and the violence necessary to maintain it — into a non-issue for most Israelis. In fact, it has managed to consolidate a consensus around entrenching Jewish supremacy across Israel-Palestine. And there is no sign that the new government will reject such supremacy anytime soon. 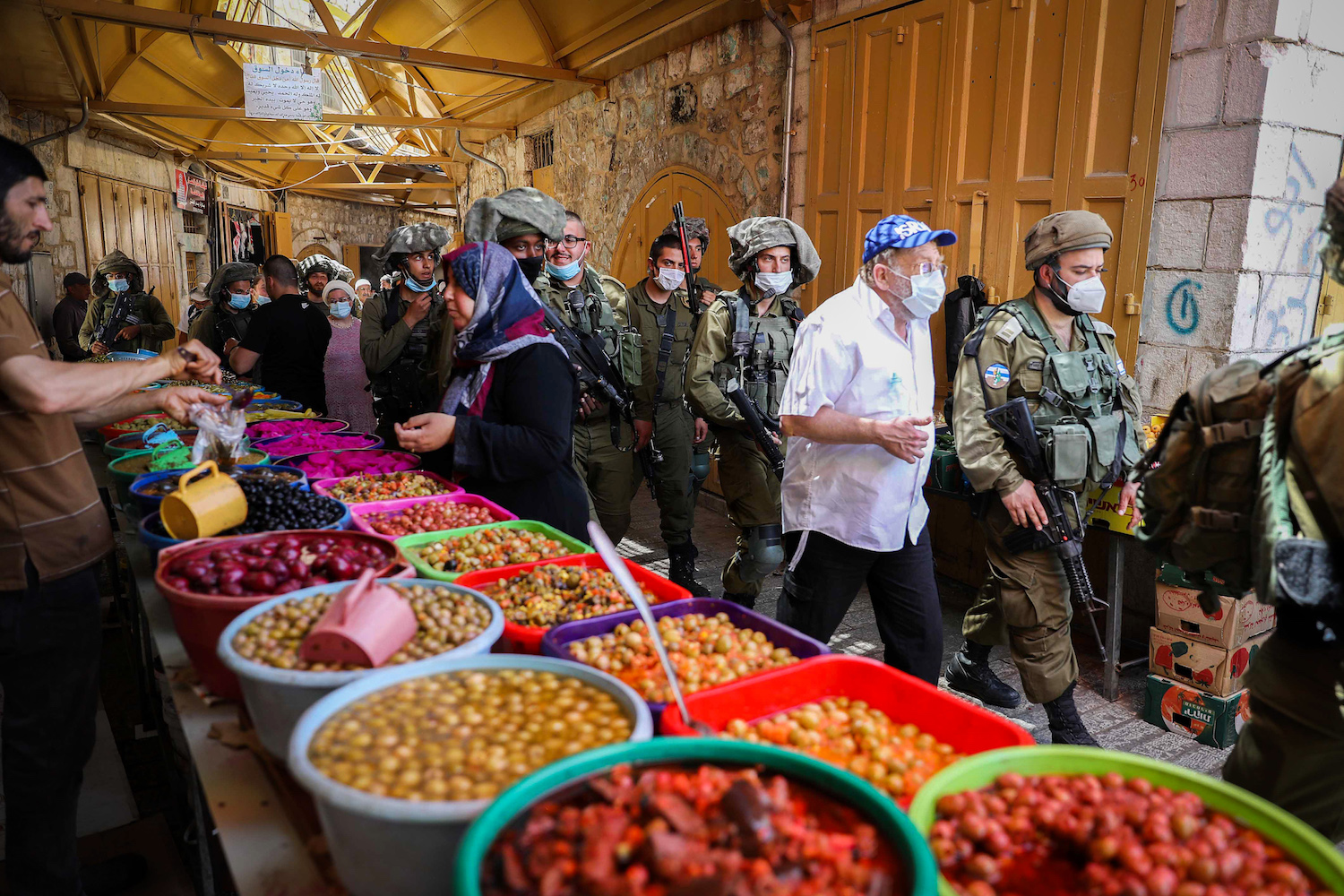 Israeli security forces guard as settlers in the West Bank city of Hebron, May 16, 2020. (Wisam Hashlamoun/Flash90)

The third problem is the climate crisis, whose threat to human existence far outweighs that of the coronavirus. While COVID-19 may have taught us the importance of preparedness for such dangers, there is no indication that the new government intends to reduce Israel’s share of responsibility for our warming climate or to deal with its consequences, which are expected to be particularly severe in our region. Miki Haimovich, the only woman in the new coalition who actually cares about the issue, was ignored by the leaders of the Blue and White party when the time came to hand out ministerial portfolios. There is nothing in the coalition agreement, or in Netanyahu’s and Gantz’s speeches, that suggests they understand the gravity of the threat.

Fourth, the government has been entirely indifferent to the issue of gender violence during the coronavirus crisis. Eight women have been murdered by their spouses since the beginning of the year, yet both Netanyahu and Gantz have chosen to remain silent on the issue. During the lockdown, the government offered little help or protection to women with abusive partners, nor did it come up with a plan to protect possible future victims of gender violence. Not a single one of the 34 new ministers has made the fight against gender violence a top priority for the next term. 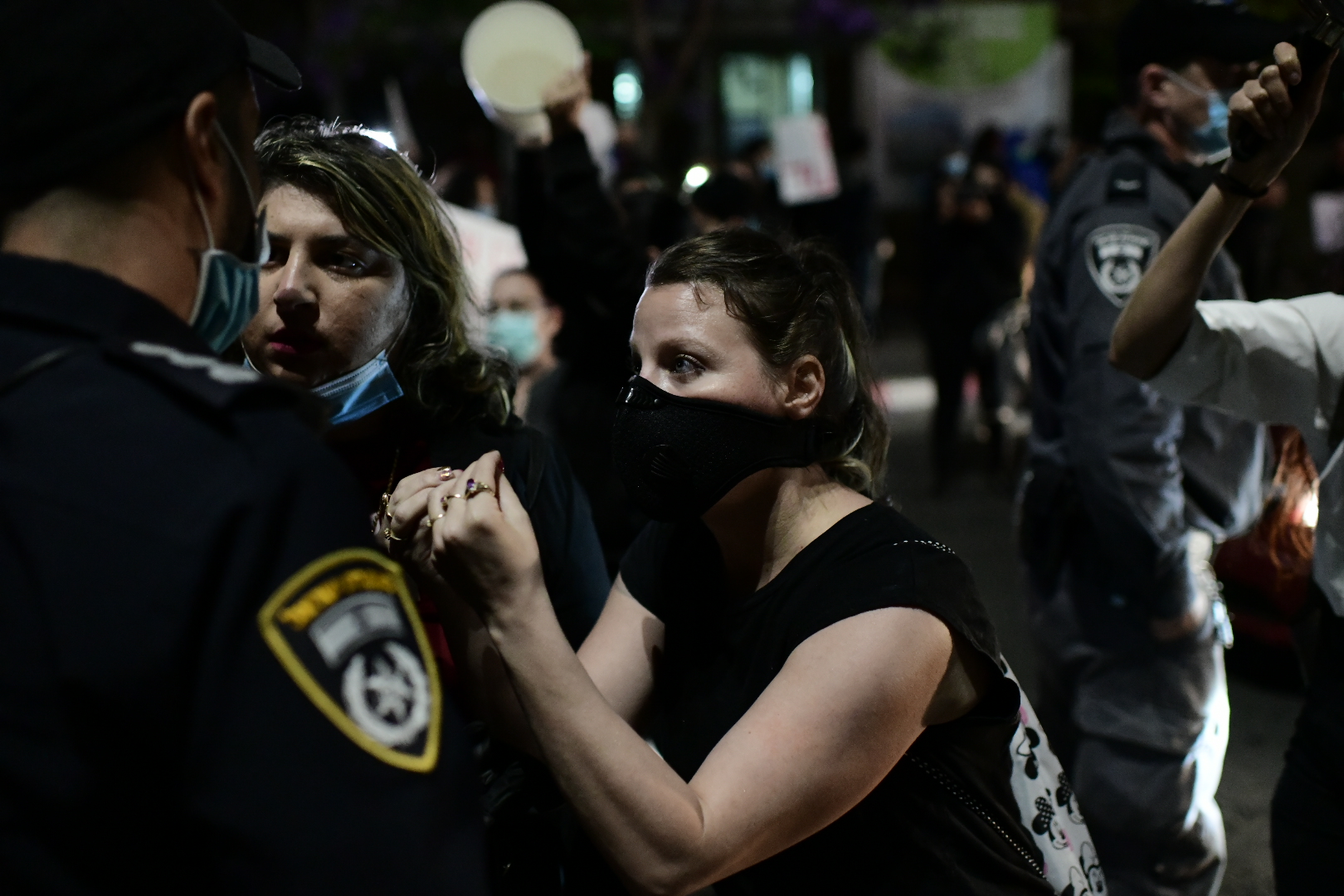 Israelis protest gender-based violence following the killing of a 50-year-old woman by her husband, Bat Yam, May 4, 2020. (Tomer Neuberg/Flash90)

These are only four examples. One could write about the significance of appointing Amir Ohana, who previously headed the gun lobby in the Knesset, to head the Public Security Ministry, which oversees gun ownership in Israel. One could talk endlessly about the migrant workers who will live under the fear of deportation by Interior Minister Aryeh Deri; or the fact that the Education Ministry will be headed by a former IDF commander; or that Knesset Speaker Yariv Levin has a skewed understanding of how democracy works.

Yes, this government will be a dangerous one, and will be supported by a number of Knesset members who reneged on their own principles, delivering a severe blow to the opposition. Yet the current crisis we are facing may change everything, should Netanyahu and Gantz decide to continue abandoning Israeli citizens. An opposition that has been crushed in the parliament can rebuild itself in the streets. This time, it is our job to ensure that we build a broad, Arab-Jewish opposition with a vision of equality and social justice for all inhabitants of this land. It is not as far-fetched as it might seem. 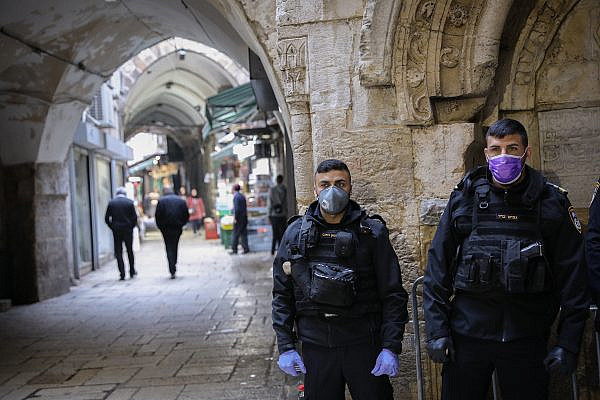 Coronavirus gives Israel the perfect cover to tighten its grip over Palestinians
Israel is taking advantage of the world's distraction during the pandemic to push for annexation, deeper surveillance, and more control over Palestinians.
By Robert Swift April 26, 2020