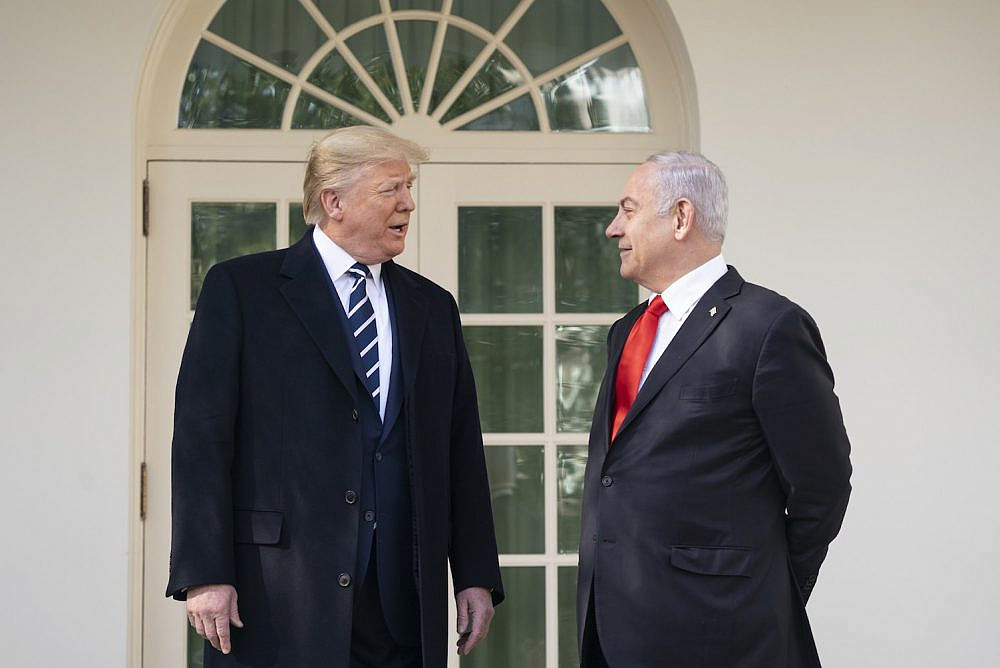 President Trump and Prime Minister Netanyahu stop to talk with reporters on Monday, January 27, 2020, along the West Wing Colonnade of the White House, prior to their meeting in the Oval Office. (White House Photo/Joyce N. Boghosian)

Tuesday night’s press conference in the East Room of the White House was a summit in which the white supremacy of President Donald Trump met the Jewish supremacy of Prime Minister Benjamin Netanyahu.

After a decade of the most extreme right-wing governments in Israel’s history, after two years in which Netanyahu and his Likud party destroyed whatever is left of Israeli democracy, and hours after the prime minister was indicted in court on corruption charges, Trump presented Israel to the world as an island of sanity, democracy, peace, and innovation in the Middle East.

Media commentators, historians, and experts will expound endlessly on the “Deal of the Century.” Trump, meanwhile, did not waste time and instead unveiled his plan’s premise at the very start of his speech.

According to the president, the Palestinians are a people plagued by “a cycle of terrorism, poverty, and violence.” By describing them as such, Trump essentially lumped the Palestinians with millions of Africans that he described as living in “shithole countries,” as well as Hispanics whom he labeled “criminals and rapists.”

Were it not for his racism and Islamophobia, the president might have taken inspiration from the Palestinian people’s ability to survive Israel’s occupation and dispossession for so many decades.

Palestinian parents continue to send their children to school, even though Israeli security forces demolish those schools and expose the children to violence and harassment.

Palestinian universities are training top-notch professionals and researchers in multiple fields, despite Israel’s numerous restrictions on academic freedom and its repeated raids on campuses. 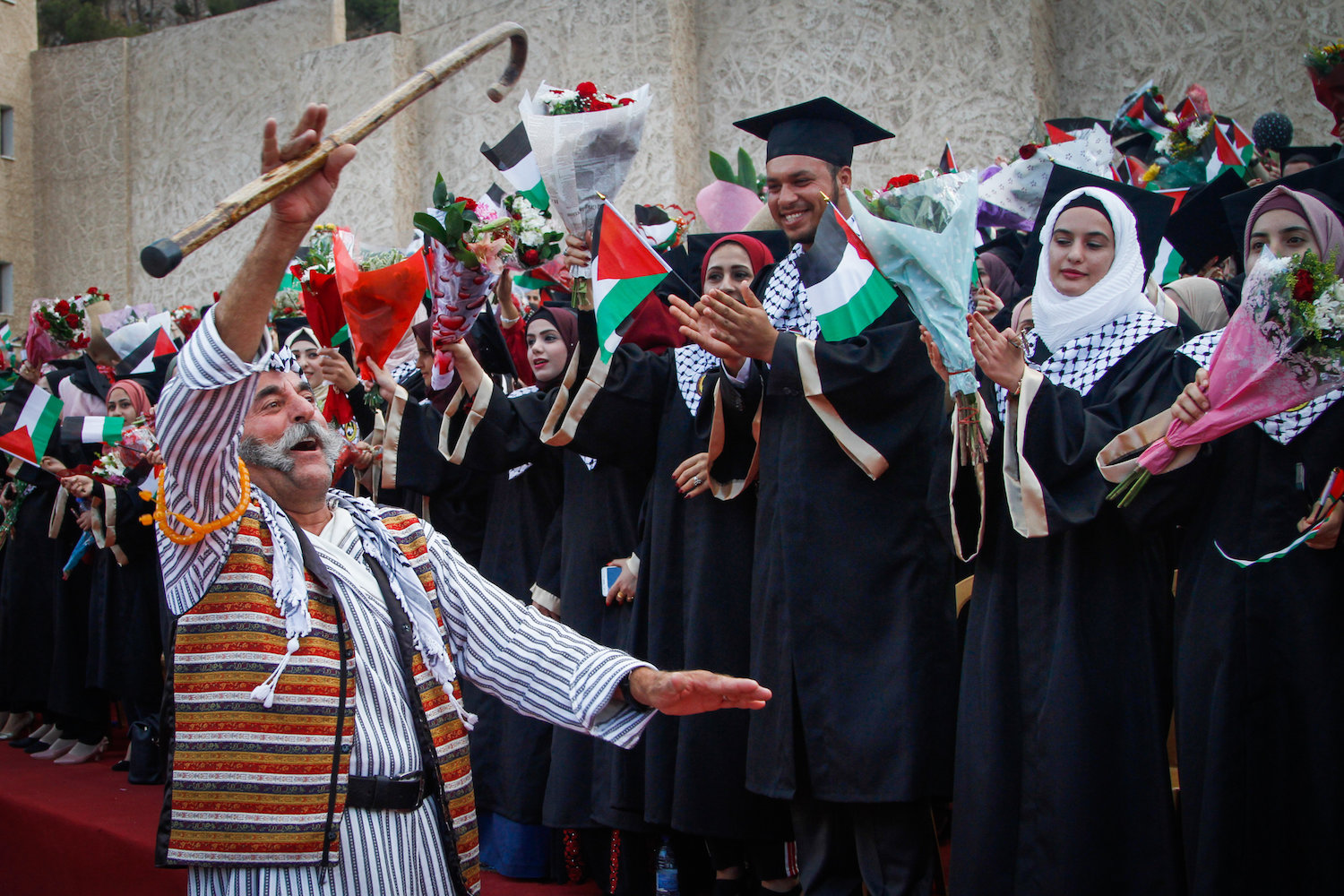 Palestinian journalists are carrying out their jobs faithfully, despite Israel’s attacks on freedom of the press and its violence toward journalists.

Palestinian families are running their businesses even as Israeli forces raid, confiscate, and damage their property.

Palestinian families are building homes for their children even as Israeli forces demolish those homes before their eyes.

Palestinian activists are organizing in the West Bank despite Military Order No. 101, which imposes a prison sentence of up to 10 years on those who organize unauthorized demonstrations and marches.

Palestinians are maintaining family ties and friendships despite their fear that the Shin Bet might be extorting or employing one of their relatives to monitor them.

Palestinian families are trying to maintain a normal life in the Gaza Strip, despite the oppression and human rights violations of Hamas on the one hand, and the Israeli siege and bombardments on the other. 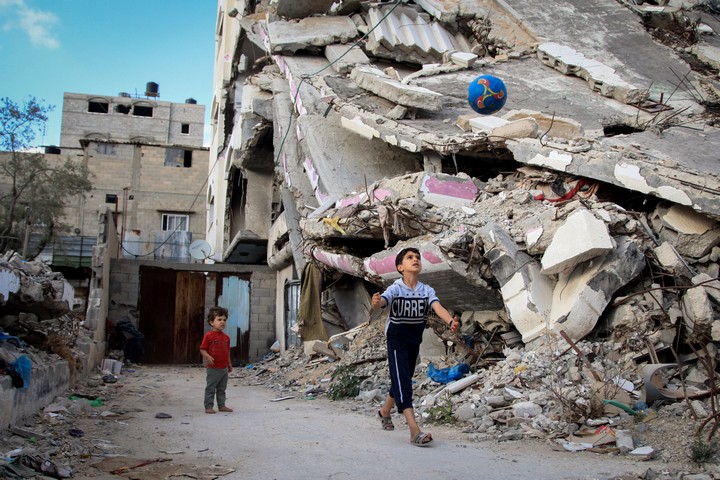 Palestinian children play next to the remains of their houses which destroyed during in the 2014 Gaza war, June 22, 2015. (Aaed Tayeh/Flash90)

Palestinian citizens of Israel are becoming part of many institutions in Israeli society, despite years of military rule, racism, and systematic discrimination.

Palestinian refugees from the 1948 war and their descendants are striving to make enormous achievements and contributions in their countries of exile.

Yet Trump is unable to see any of this. The contempt, racism, and dehumanization of the Palestinian people by his administration — and those who rushed to support his and Netanyahu’s plan — reinforces the understanding that the Palestinians have become symbolically the Jews of this era.

Now the question is whether, with the current state of the international community, there will be enough voices to stop one of the most shameful moments of the century.