facebook twitter email link
The Palestinians are bringing their first challenge of the year to the UN. Hopefully, Barack Obama will just sit back and watch 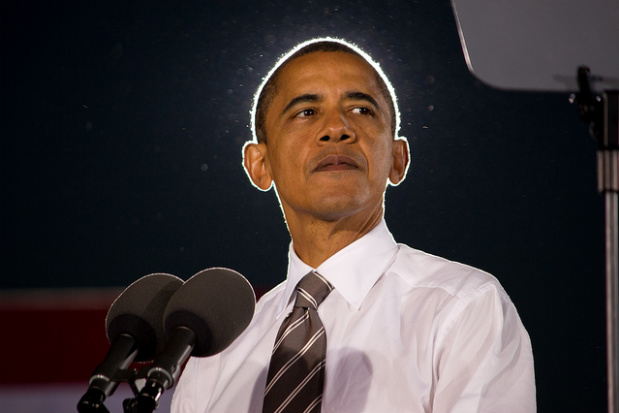 President Obama. Time for some payback? (photo: Flickr / MattCadwallader)
U.S. President Barack Obama may be put to the test as early as next week. Reports say that the Palestinians are planning on bringing their resolution condemning settlements to the Security Council in the next few days.

This is a critical junction in the Wild Card campaign (a call for the U.S. to recognize Palestinian statehood in the summer of 2011). Palestinians claim it will be hard for the U.S. to veto this resolution based on official U.S. statements that have already condemned settlement policy. Moreover, considering the recurring snubs this administration gets from Jerusalem, one might not be surprised if some in the West Wing could see this as a chance for some payback.

But of course, the most important aspect of the vote is the policy aspect: if the U.S. indeed refrains from vetoing the resolution, could it signal a dramatic shift in White House policy towards the peace process? Could it serve as an indication towards future voting intentions, when the Palestinians come again to the UN in the summer to be formally recognized as a state?

It would be foolish to even hope for a second that Obama has the guts to support this resolution. But Wild Card supporters should be quite content with an abstaining vote. Sitting back and doing nothing is actually the best advice one could give Obama these days.

The traditional U.S. policy of blocking the U.N. and application of international law, thus protecting Israel from its own dangerous policies of occupation, is a dysfunctional anachronism. It does no favor to Israel, whose future as a Jewish, democratic state is at risk. It contradicts the Obama administration’s own opposition to settlements, and it forfeits a useful lever in persuading Israel to change its policy. Rather than bowing to domestic political pressures, and clinging to the view that the U.N. and international law have no role to play, the U.S. should rejoin the virtual international consensus on these issues, stand up for its own declared interests, and vote for the proposed Security Council resolution.

“Not a three-month freeze on settlement construction, but rather a comprehensive plan. Not a puppet show in which Hillary Clinton hosts Tzipi Livni at the expense of Ehud Barak or Benjamin Netanyahu so they get the hint, but progress on American recognition of a Palestinian state.”

Steven Klein, an editor at the Haaretz English edition hops on the Wild Card campaign:

“…If Clinton wants to see the birth of a Palestinian state on her watch, her best odds lie with rallying the international community behind recognizing unilateral independence”.

Benjamin Ben Eliezer, the Industray, Trade and Labour Minister – and also top ranking Labor party official – hints at possible U.S. intentions. This guy is well connected – does he know something we don’t?

After Ecuador joined other Latin American countries in recognizing a Palestinian state within the 1967 borders, Industry, Trade, and Labor Minister Binyamin Ben-Eliezer warned thatIsrael may face harsh ramifications due to the stalled peace process.

“I wouldn’t be surprised if the US will also recognize a Palestinian state in the coming year, and then we will have to provide explanations as to how it happened.”

The Brits’ intentions are just as mysterious…

After several South American countries recognized an independent Palestinian state, Britain is now considering upgrading the Palestinian delegation in London to the status of a diplomatic mission.

Part I The Wild Card campaign starts with a bang through an op-ed in the Jerusalem Post
Part II Where French FM and President Abbas hint towards a future Palestinian state
Part III Egyptian FM joins the party
Part IV The NYTimes puts the Wild Card on the agenda
Part V The right wingers start to get nervous about unilateralism
Part VI The peace talks die, a call for Obama to think again about the Wild Card
Part VII EU sets the ground for recognition of Palestine
Part VIII AIPAC flexes its muscle – but who cares?