Seth Anziska is the Mohamed S. Farsi-Polonsky Associate Professor of Jewish-Muslim Relations at University College London. His research and teaching focuses on Israeli and Palestinian society and culture, modern Middle Eastern history, and contemporary Arab and Jewish politics. He is the author of the award-winning Preventing Palestine: A Political History from Camp David to Oslo (Princeton University Press, 2018), recently published in Arabic by the Institute for Palestine Studies in Beirut. His writing has appeared in The New York Times and The New York Review of Books, and he is a visiting fellow at the U.S./Middle East Project. A graduate of Columbia University (BA, PhD) and St. Antony’s College, Oxford (M. Phil.), he has held fellowships at the Norwegian Nobel Institute, New York University, and the American University of Beirut. 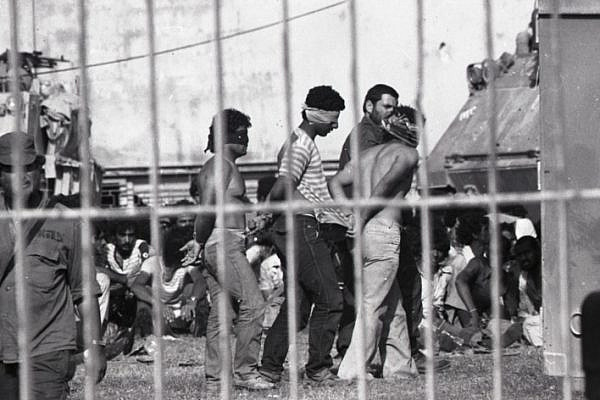 Confession without consequence
A film about a 1982 war crime in Lebanon shows Israeli soldiers are more open to divulging their violent actions. But their search for exoneration without accountability says much about Israeli society's moral decay.
By Seth Anziska July 26, 2022
Most Read